COLORADO SPRINGS, Colo. – The BioSteel All-American Game, which will feature top prospects eligible for the NHL Draft, will be played Jan. 17 at USA Hockey Arena in Plymouth, Mich., it was announced today by USA Hockey. Opening faceoff is set for 4 p.m. ET and the contest will broadcast live on NHL Network.

The game format this year will have players assigned to teams, from both the U.S. National Under-18 Team of USA Hockey’s National Team Development Program and the United States Hockey League, the nation’s only Tier 1 junior hockey league. Rosters will be announced later this month.

“This is a terrific event that showcases our top players,” said John Vanbiesbrouck, assistant executive director of hockey operations for USA Hockey. “Working together with the USHL and NHL, we’re excited for an historic 10th year for this event.” 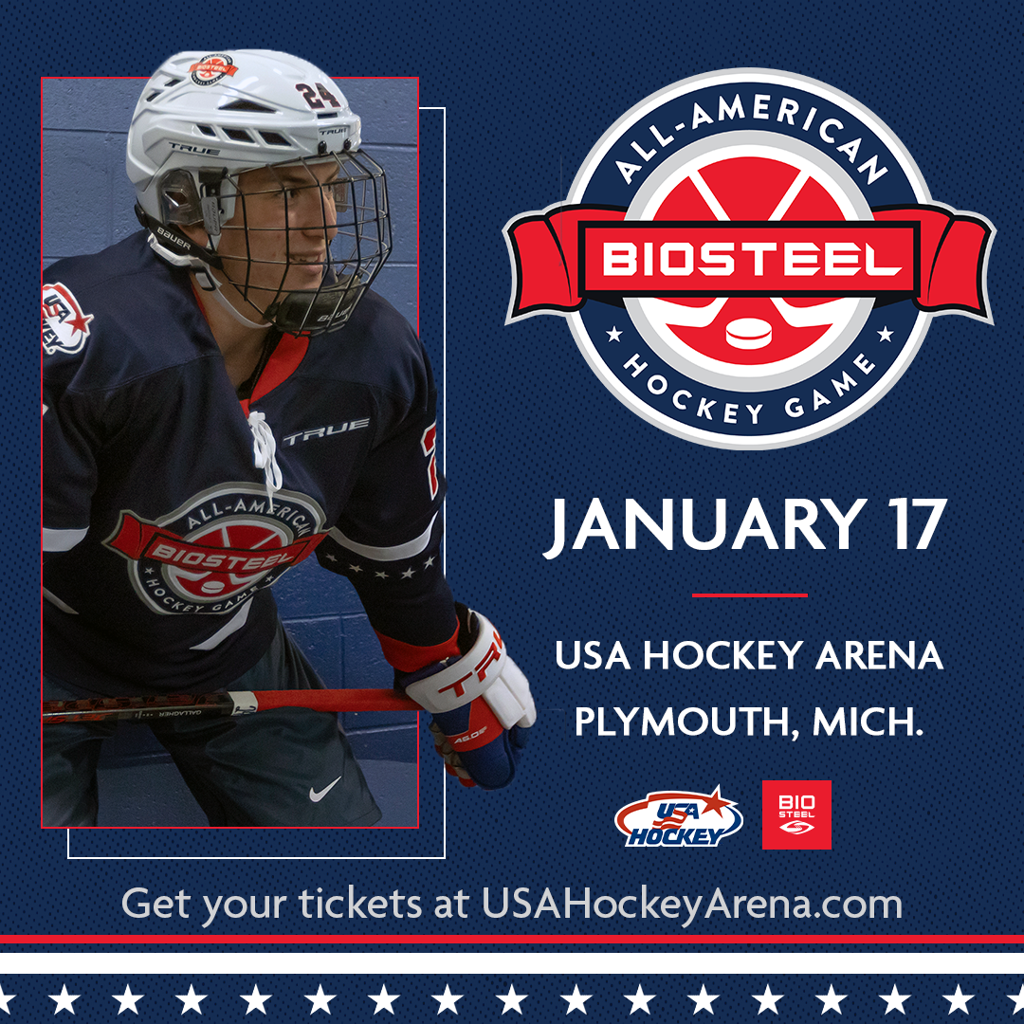 NOTES: The final rosters will be announced later this month, along with coaches and on-ice officials in early January … The 2022 NHL Draft is set for July 7-8 at the Bell Centre in Montreal, Quebec, home of the NHL’s Montreal Canadiens … TRUE is the official equipment partner for the BioSteel All-American Game … For more information on the BioSteel All-American Game click here.