Silverstein turns aside 43 shots in second shutout of season 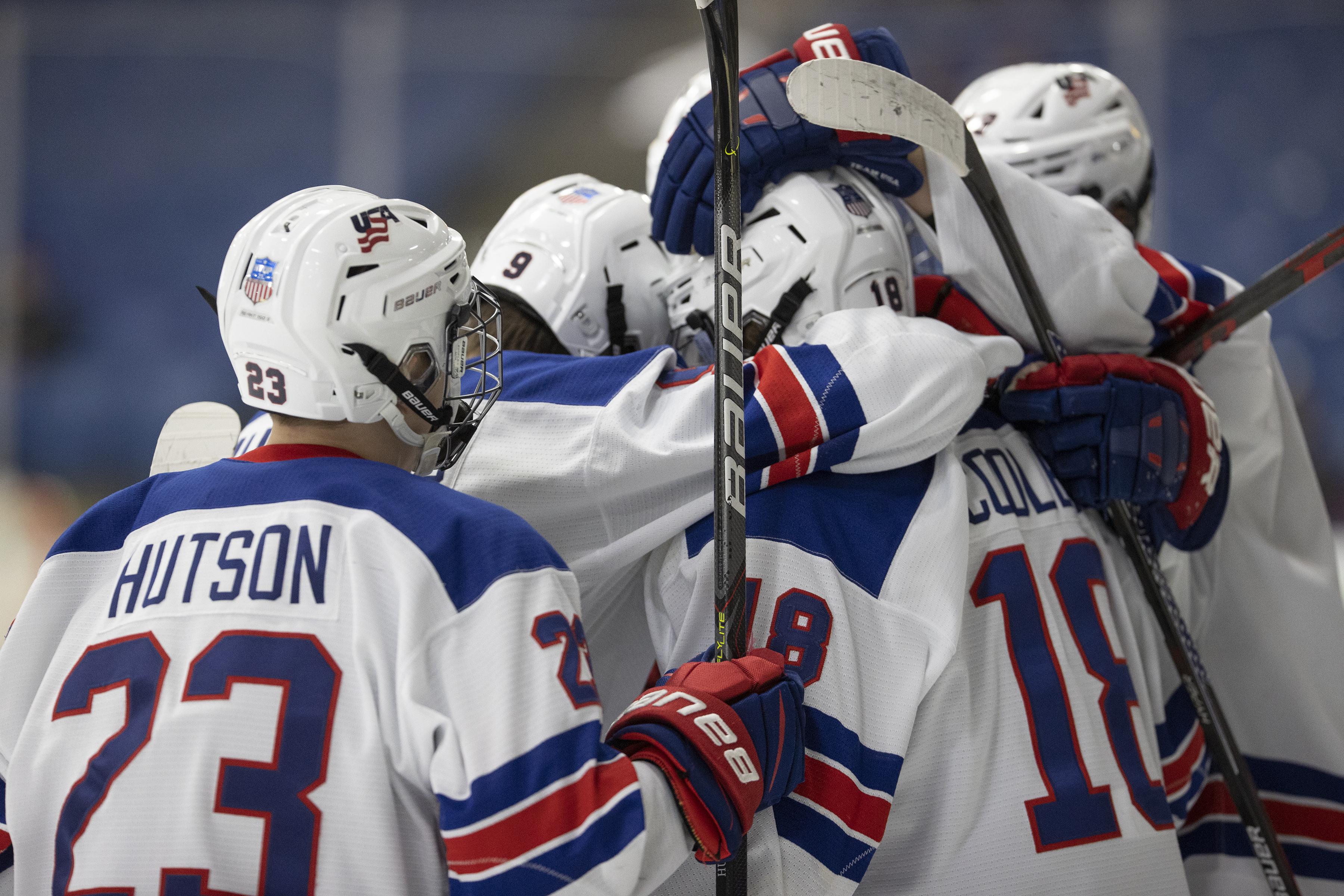 MADISON, Wis. - Four different skaters scored and Dylan Silverstein (Calabasas, Calif.) pitched a 43-save shutout to lead the U.S. National Under-18 Team to a 4-0 win over the University of Wisconsin Badgers Thursday evening at Kohl Center in Wisconsin. With the win, the U18s ran their winning streak to 10 straight games, dating back to October 30.

Silverstein stood on his head for the entirety of the evening, including a second period that saw him turn away 20 shots from the Badgers. The shutout was his second of the season, both coming against NCAA opponents after he blanked the Michigan State Spartans at USA Hockey Arena on October 2.

Team USA took a lead just 29 seconds into the game when Rutger McGroarty (Lincoln, Neb.) tapped in a back-door feed from Lane Hutson (North Barrington, Ill.) for his 11th tally of the season. Wisconsin attempted to clear the puck around the boards but Hutson cut it off and snuck a pass below the defense to McGroarty for the 1-0 lead.

Logan Cooley (Pittsburgh, Pa.) doubled the U18s' lead with a shorthanded goal at 13:14 of the opening frame. An active stick from Hunter Brzustewicz (Washington Twp., Mich.) deflected a Badgers pass and he found Jimmy Snuggerud (Chaska, Minn.) to help clear the zone. The University of Minnesota commit sprung Cooley, who used his jets to blow by the Wisconsin defense and snap a quick wrister through the five-hole of Ben Garrity for the 2-0 lead. Cooley's goal made him the first U18 with multiple shorthanded markers this season.

After Silverstein's performance led to a goalless middle frame, the U18s added another pair in a 17-second span early in the final period. Will Smith (Lexington, Mass.) connected from the slot to notch his first goal as a U18. Cooley fed Smith for the initial shot that was blockered aside, but Isaac Howard (Hudson, Wis.) was first to the rebound and found Smith again who ripped his shot in the top corner for a 3-0 lead.

Howard followed shortly after with a seemingly harmless shot from the Big Ten logo that got by Garrity. Brzustewicz collected his second helper of the evening to give him his third multi-point game of the season.

Silverstein improved his record to 6-3-0 in his 11th appearance of the season for the Under-18 Team.

After an off-day tomorrow, the U18s will hit the ice in Madison again, this time against the USHL's Capitols at Bob Suter's Capitol Ice Arena. Puck drop is slated for 8:00 p.m. ET and can be streamed on HockeyTV.com.