Ryan Leonard recorded assists on both goals for Team USA 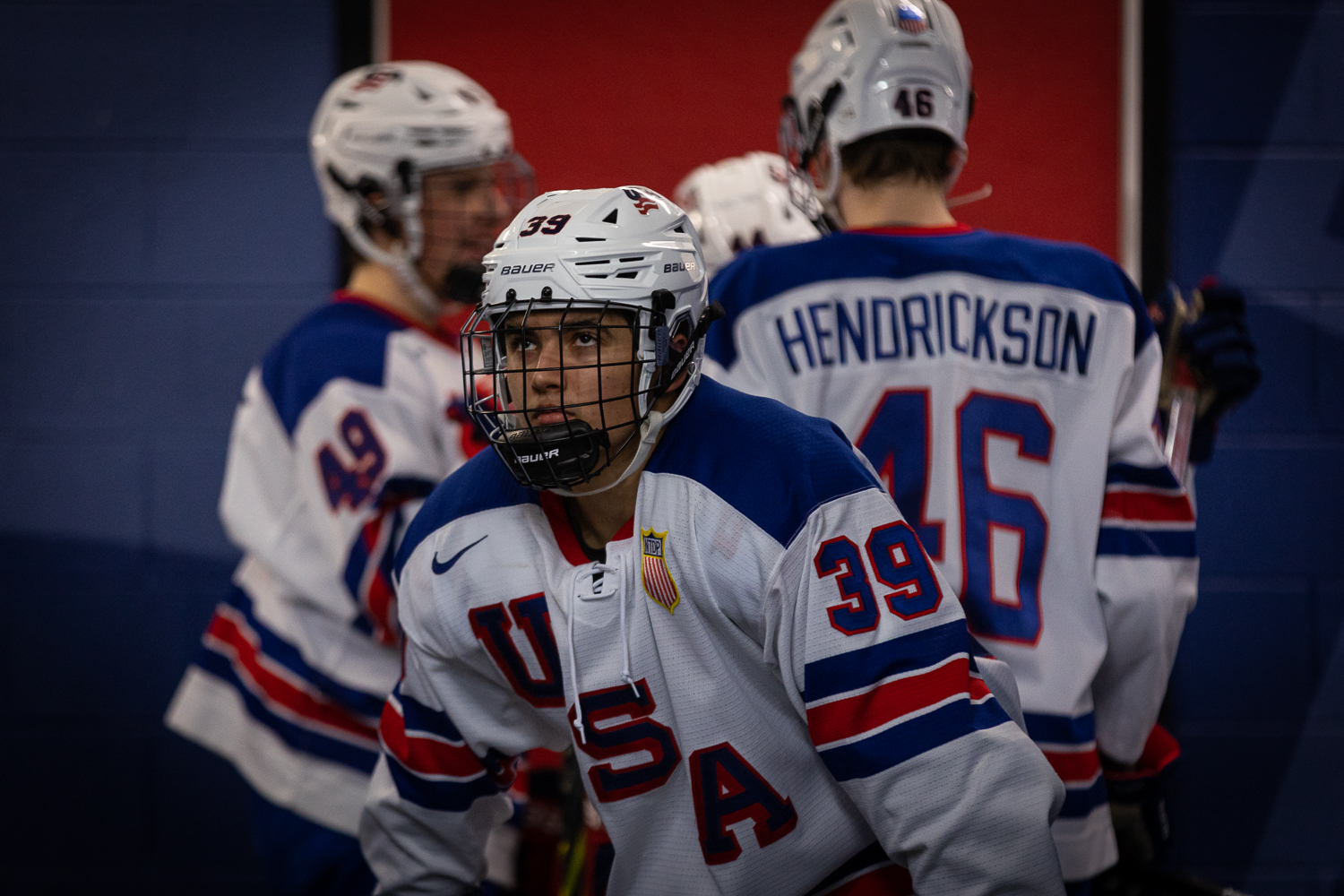 FARIBAULT, Minn – The U.S. National Under-17 Team kept a competitive game until the end, but came up just short, 4-2, against Shattuck-St. Mary’s Thursday evening.

In his first game wearing the USA sweater, Charlie Cerrato (Fallston, Md.) got off to a strong start, finding the open lane early for a quick backhand move in front of crease, but his shot was saved by Sabres’ netminder Calvin Vachon.

Shortly after, coming off the bench, Ryan Leonard (Amherst, Mass.) intercepted the puck in the neutral zone before finding Gracyn Sawchyn (Chaska, Minn.) in front of the net. The tic-tac-toe play offered a quick release for Gabe Perreault (Hinsdale, Ill.) to take the 1-0 lead.

In the opening minutes of the second period, Team USA was able to maintain majority control of the puck. From the center slot, after beating his defenseman, Zeev Buium (San Diego, Calif.) fired a rifle toward the net that was deflected off the chest of Vachon. 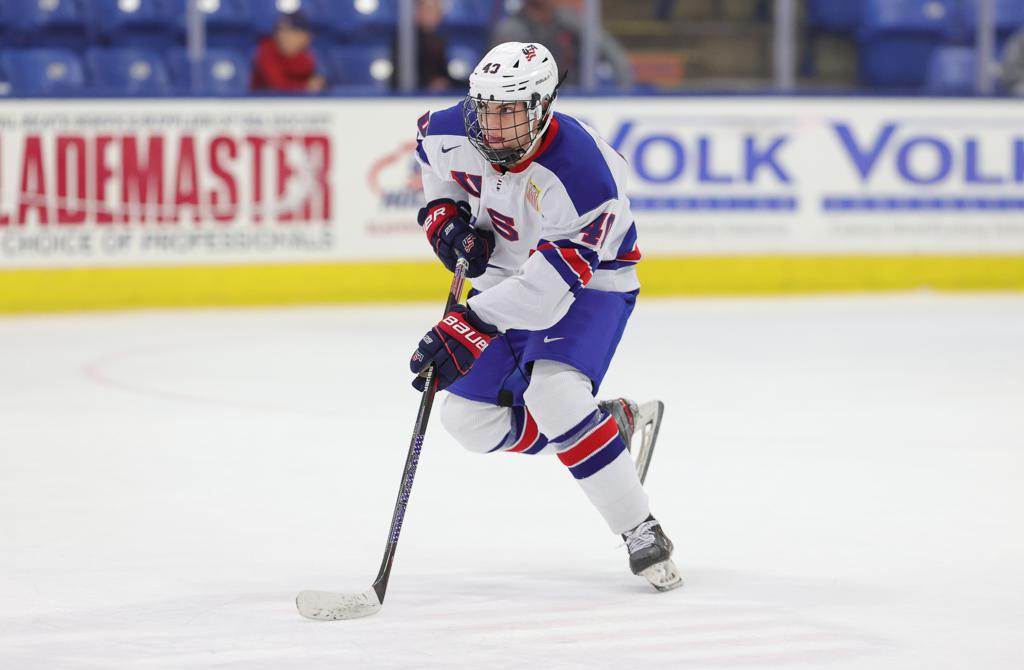 At the 10:00 minute marker, Leonard, added his second assist of the night, picking off another pass from the Sabres in the offensive zone. Just left of the net, Alex Weiermair (Los Angeles, Calif.) collected the pass and netted the puck over the shoulder of the goaltender to go up 2-0.

In the following minutes, the Sabres cut Team USA’s lead in half. Kazimier Sobieski scooped up the puck in open space and found Cole Eiserman for a breakaway up the ice to make it 2-1.

The Sabres tied the game early on in the third period, starting when William Jones feed the puck to Eiserman in the defensive zone. Eiserman, just left of the net, sent a centered pass to Macklin Celebrini who brought the game to 2-2.

Shattuck-St. Mary’s took over the game when Ryan Comishock stole the puck off the stick of Team USA for one-on-one breakaway to net the puck, going ahead 3-2. With six seconds remaining, William Whitelaw clinched the win with an empty-net goal.

The U17s continue their series on the road with a game against the Madison Capitols tomorrow (Dec. 3). Puck drop is slated for 7:30 p.m. and can be streamed live on HockeyTV.