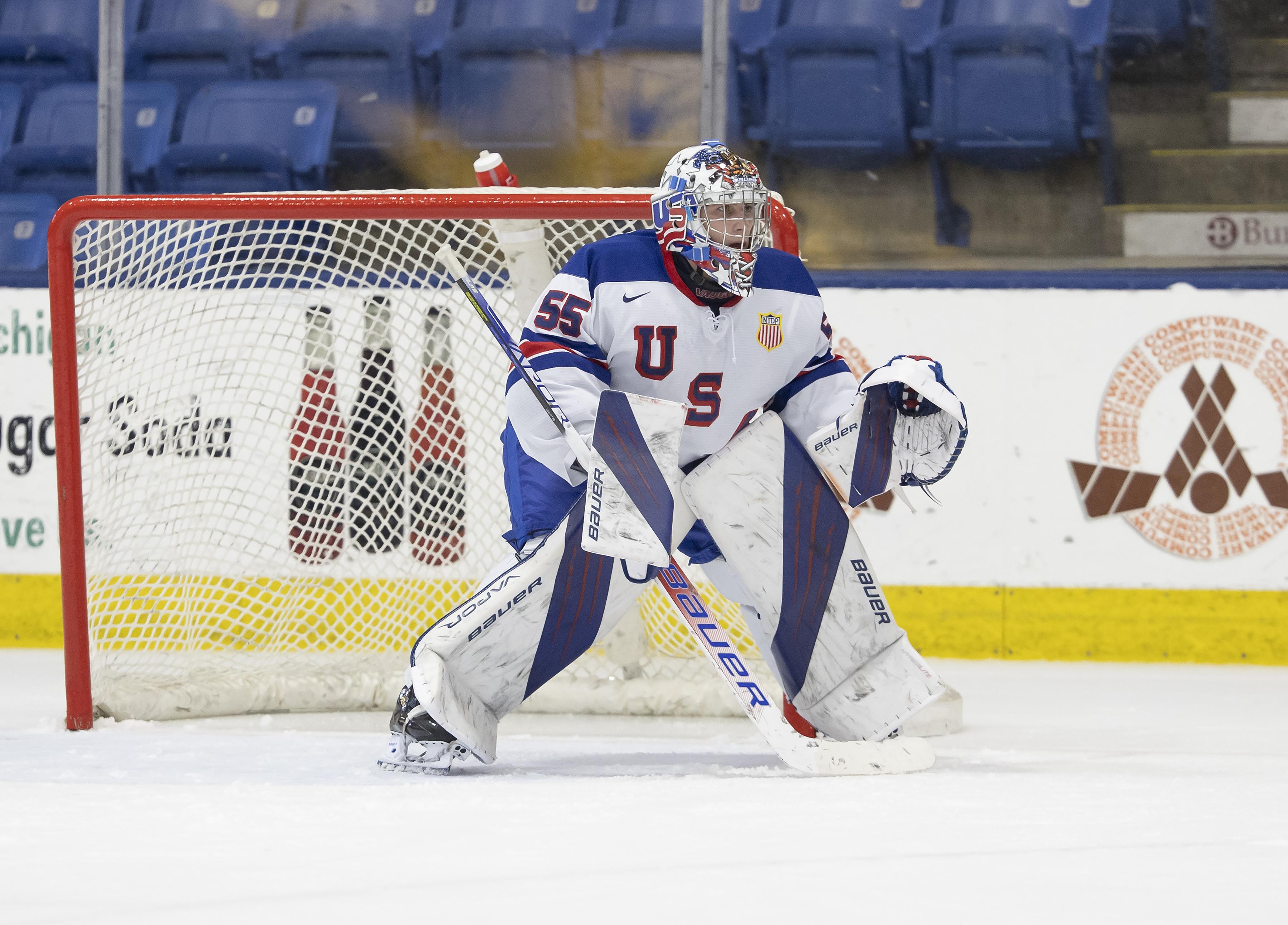 In a scoreless first period, Team USA had numerous opportunities to take the lead. Just over the halfway point in the frame, Will Smith (Lexington, Mass.) made a quick move to try and beat Green Bay’s netminder Aaron Randazzo on the left side, but was deflected into open ice.

Later, Gabe Perreault (Hinsdale, Ill.), on a breakaway from the neutral zone, had a shot on the stick side of Randazzo for the chance at a shorthanded goal, but it bounced off the goaltender’s pad and into the boards. 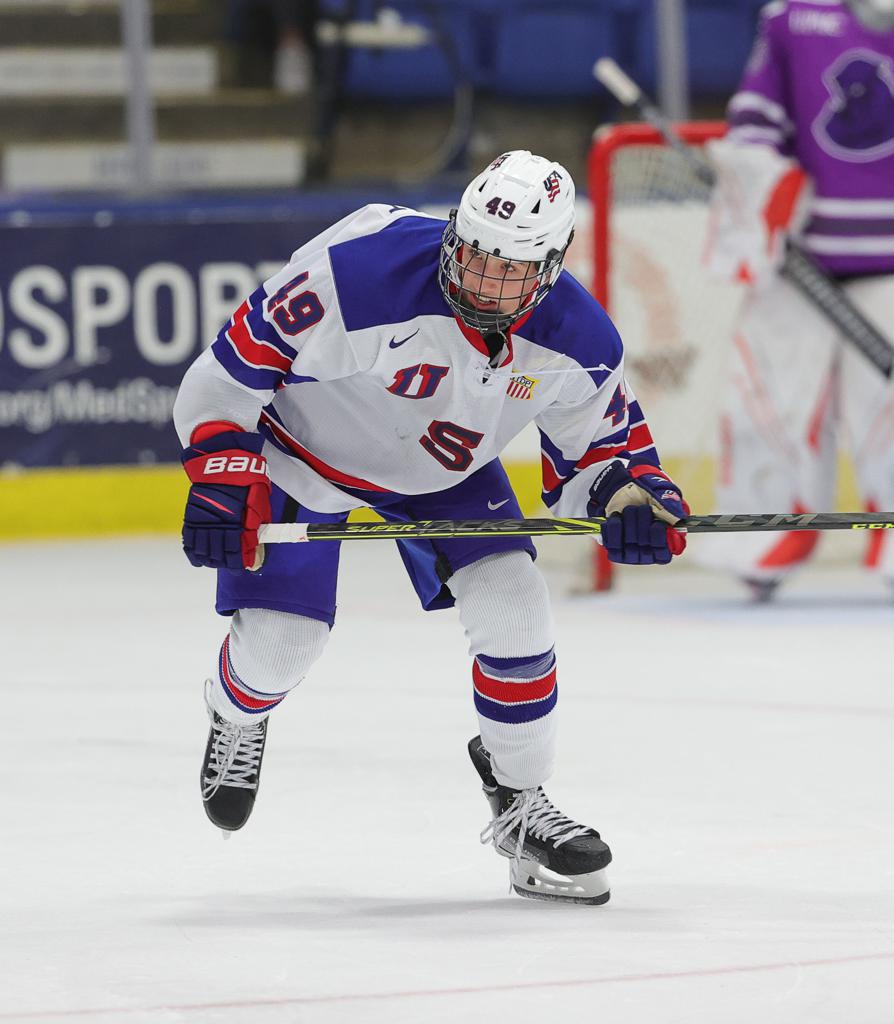 Team USA opened scoring 1:25 into the second period. Drew Fortescue (Pearl River, N.Y.) carried the puck up the left side, forcing Randazzo to come outside of the crease. Fortescue quickly found Gracyn Sawchyn (Chaska, Minn.) for a wide-open goal on the back side to take the 1-0 lead.

With 14:04 still remaining in the period, Team USA extended their lead to 2-0. Going coast-to-coast, Paul Fischer (River Forest, Ill.) and Perreault opened up the left lane for Smith, who with a few stickhandles, went five-hole on the Gamblers’ netminder.

Green Bay found their way onto the scoreboard at the 10:40 marker in the middle frame. Owen Murray netted the puck on a backside redirect off assists from Dominik Bartecko and Nicholas VanTassell.

Adding to their second period score run, Fortescue, from open ice, sent a slapshot toward the net that rebounded off the goaltender’s pad. Luckily, Will Vote (Amherst, Mass.) was in front of the crease for a cleanup goal, putting Team USA back up by two.

The boys in blue wasted no time in the third period, scoring their fourth of the night just 2:11 into the frame. Perreault forced a turnover at the defensive blueline, creating a two-on-one alongside Smith. Perreault took it all the way home and went top shelf to make it 4-1.

The Gamblers cut Team USA’s lead in half with seven minutes remaining in the period. Jackson Hallum’s shot rebounded out for Ryan Greene to collect it and score, making it 4-2.

Team USA added one final goal to their victory on an empty-netter from Sawchyn with 1:58 left to play.

Chambre finished the night with 42 saves on 44 shots, playing all 60 minutes for Team USA.