U17s Are Back In Action Against Green Bay Tomorrow Night 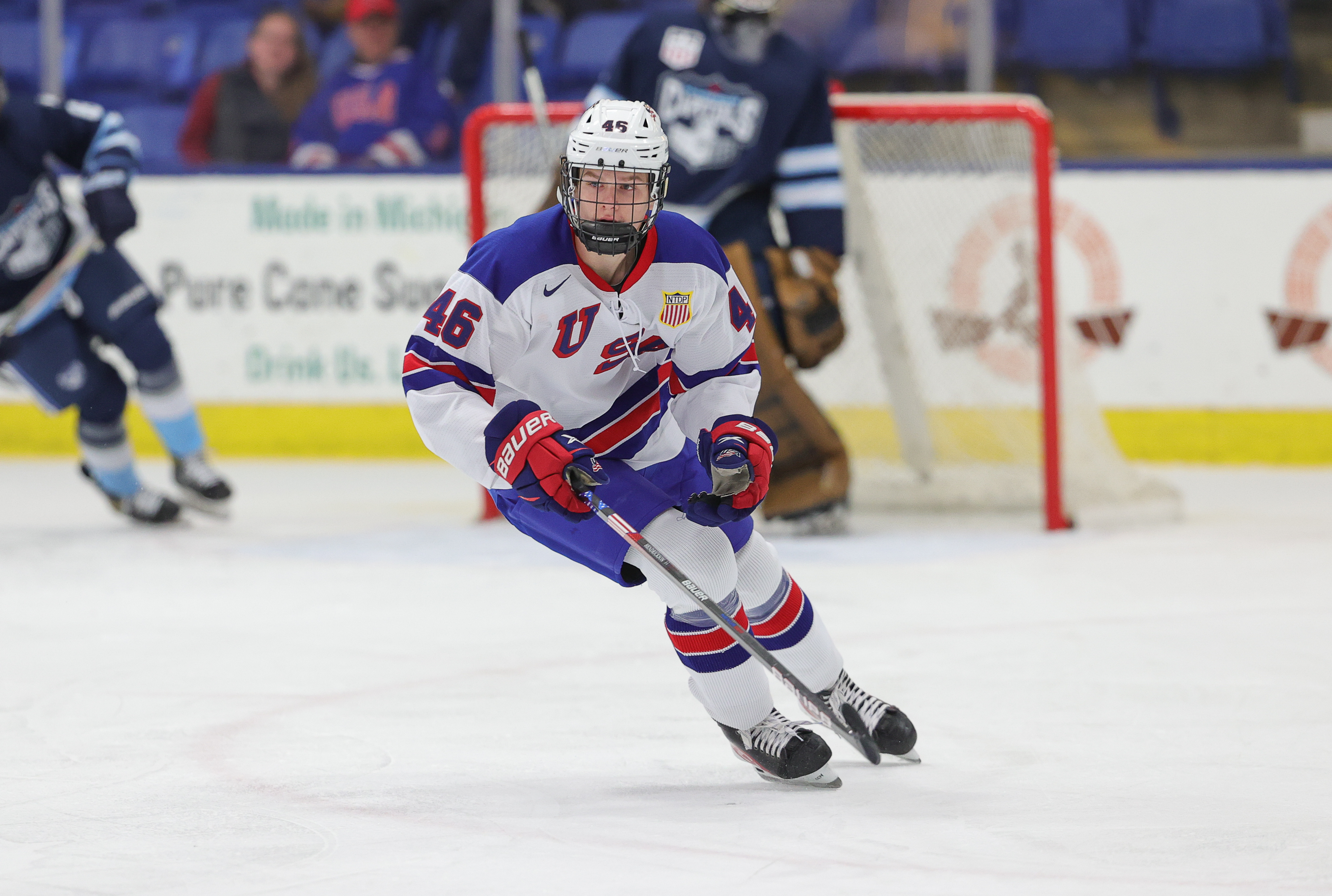 GREEN BAY, Wis. – The U.S. National Under-17 team fell, 5-2, to the Green Bay Gamblers on Firday night at Resch Center.

Team USA got off to a hot start in the opening period, scoring back-to-back goals in the first eight minutes of the game. Alex Weiermair (Los Angeles, Calif.) struck first, forcing a turnover in the slot before going top shelf on Green Bay’s netminder Elias Rastislav.

In similar fashion, at the 12:45 marker, Beckett Hendrickson (Minnetonka, Minn.) capitalized on a Gambler turnover in the offensive zone for a shot near the right faceoff circle. After finding his own rebound, Hendrickson netted the puck stick side to take the 2-0 lead.

Around a minute later, Green Bay answered with a goal from Camron VanSickle on a backside tap in off a pass from Matt Deboer.

Little action transpired between both teams throughout the middle frame. With 6:14 left to play, Green Bay’s Cameron Lund made it a tied game, 2-2, with a power-play goal off assists from Damien Carfagna and Brody Lamb.

Before the period closed out, Green Bay would add two more goals to their lead courtesy of VanSickle, for this second of the night, and Deboer to extend their lead to 4-2.

In the final period, after no action for the first 18:32, Alex Servagno scored an empty-netter to secure the 4-2 win for Green Bay.

Trey Augustine (South Lyon, Mich.) played all 58 minutes between the pipes for Team USA. He recorded 34 saves for 38 shots over the course of the game.

The U17s are back in action tomorrow night against the Green Bay Gamblers with puck drop set for 8:00 p.m. ET. The game can be streamed live on HockeyTV.