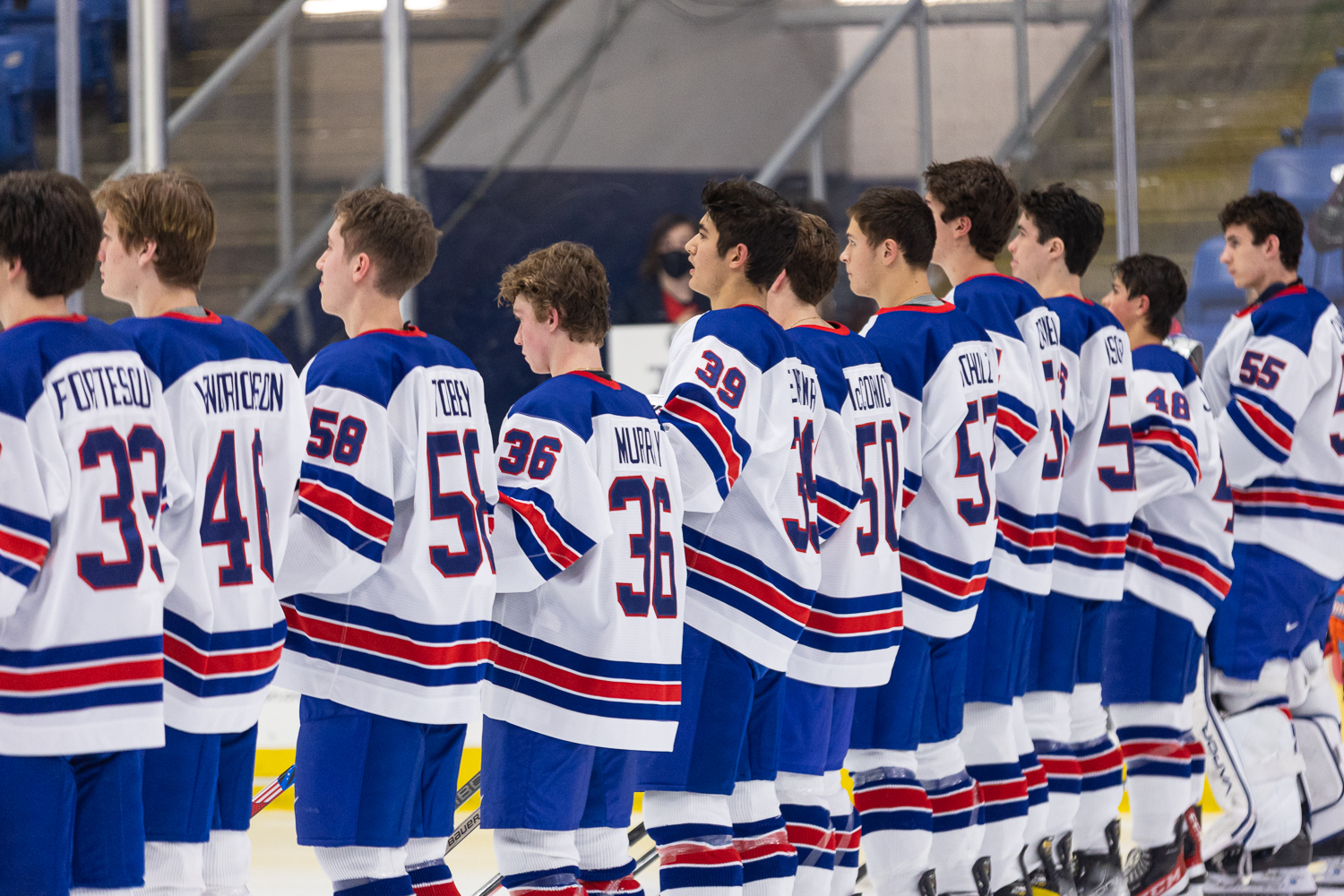 PLYMOUTH, Mich. – The U.S. National Under-17 Team dropped, 5-0, in their first game back at USA Hockey Arena since October on Wednesday afternoon.

Just over the first five minutes of the game, Muskegon’s Quinn Hutson capitalized on a turnover in the neutral zone for a breakaway to the right faceoff circle that gave the Lumberjacks an early 1-0 lead.

At the 11:03 marker in the first period, the Lumberjacks added one more to their lead when Emil Jarventie scored on a one-timer off a rebounded shot from behind the net.

Late in the period, Team USA had an opportunity to cut Muskegon’s lead in half when Gabe Perreault (Hinsdale, Ill.), from behind the net, found Beckett Hendrickson (Minnetonka, Minn.) centered in front of netminder Platon Zaddrozhnyy who made the save.

Muskegon made it 3-0 when Tyler Dunbar’s shot caused a net front scramble for Joey Larson to net the puck at the 13:16 mark in the middle frame.

The remainder of the second period saw a flurry of scoring chances for Team USA, but the Under-17 Team went into the third period still trailing by three.

For the second time of the game, Hutson scored, unassisted, on a two-on-one breakaway this time netting one from the left faceoff circle with 18:18 left to play.

In the final frame, both Perreault and Ryan Fine (Center Moriches, N.Y.) had scoring opportunities that bounced out into open ice off the inside post, but Team USA was unable to get on the board.

Muskegon’s Benny Barnes topped off scoring for the game, giving the Lumberjacks a final 5-0 win.

The U17s are back on the road this holiday weekend as they head to Green Bay to take on the Gamblers Friday and Saturday night. Both games are slated for an 8:00 p.m. ET start and can be streamed on HockeyTV.