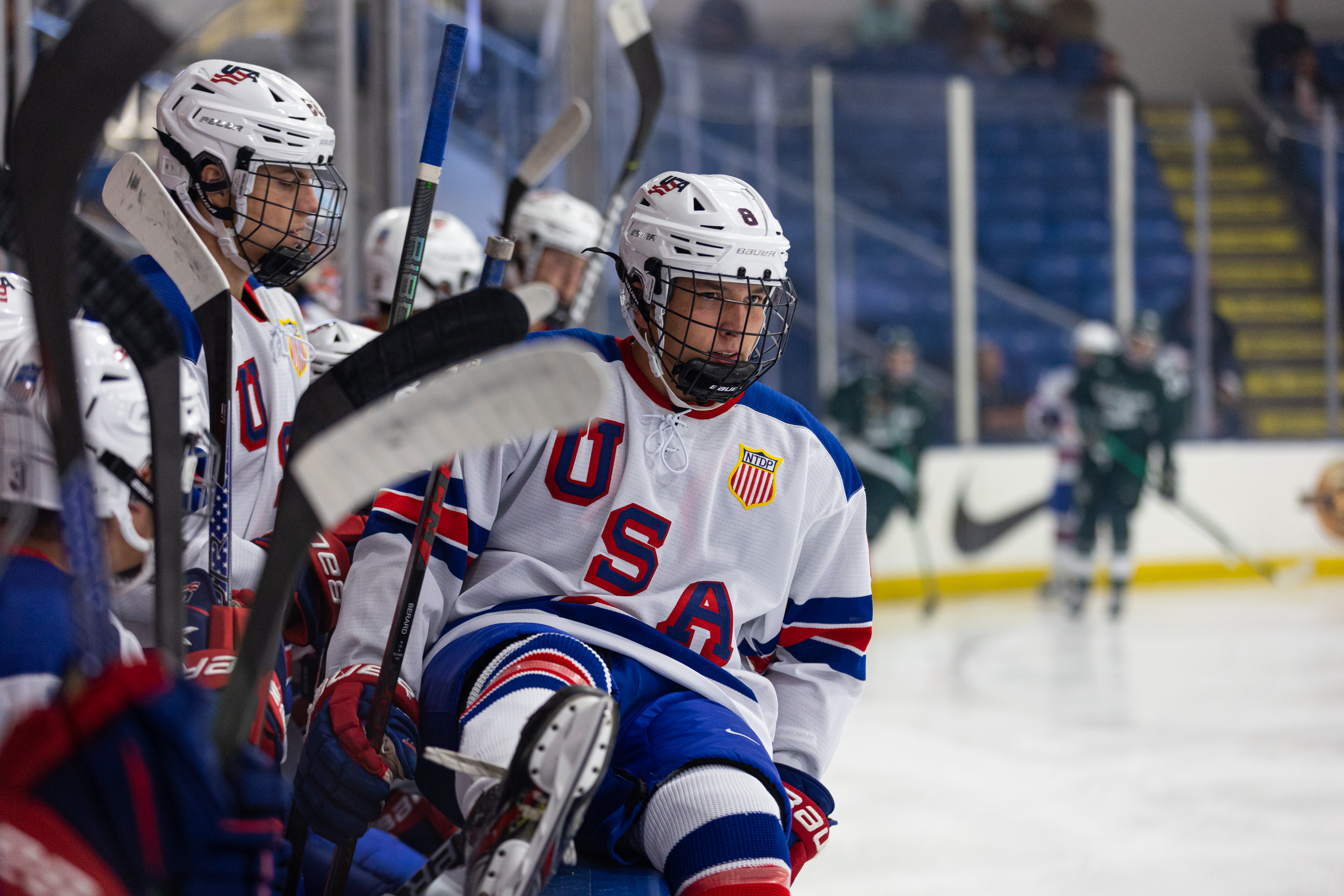 The U.S. National Under-17 Team kicks off a busy week of NTDP action as they host the Muskegon Lumberjacks in the first game of Wednesday's Thanksgiving Eve doubleheader at USA Hockey Arena.

For the lone games outside of USA Hockey Arena for  the week, the U17s will hit the road to Green Bay for a pair of matchups against the Gamblers, two of only three matchups between the teams on the season.

The U.S. National Under-18 Team hosts the Adrian Bulldogs, ranked #3 in the USCHO Division III Men's Ice Hockey Poll, Wednesday evening as the nightcap of the doubleheader at USA Hockey Arena.

The Under-18 Team squares off against the Buffalo State Bengals for the first ever meeting between the programs.

The Under-18 Team ends the busy weekend with a Sunday matinee against the USHL-leading Chicago Steel. The U18s split the first series with Chicago back on October 29-30 at USA Hockey Arena, falling 3-1 before skating past the Steel by a 5-1 final in the rematch.