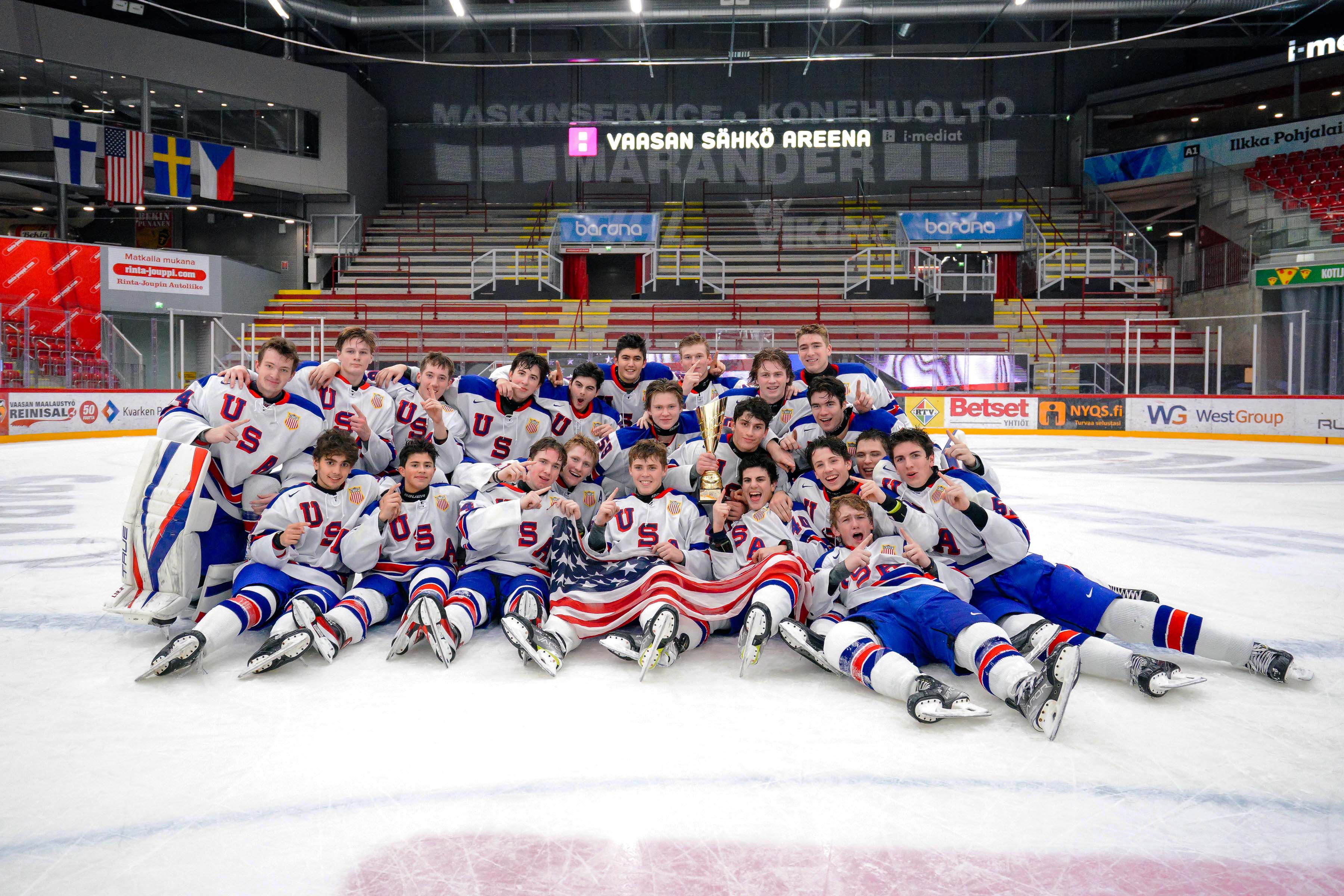 VAASA, Finland – The U.S. Under-17 Men’s National Team, behind 22 saves from Trey Augustine (South Lyon, Mich.) and goals from Oliver Moore (Mounds View, Minn.) and Gabe Perreault (Hinsdale, Ill.), beat the Czech Republic, 2-1, to win the 2021 Four Nations tournament. The last time the Under-17 National Team won the Four Nations was in December of 2019 in Kazan, Russia.

Keeping pace with yesterday’s game, Team USA took an early 1-0 lead in the first period. On the power play, Gracyn Sawchyn (Chaska, Minn.) cleared the puck off the boards for Will Smith (Lexington, Mass.) at the top of the right faceoff circle. Smith went over the top of his defender for Moore to score his second goal in as many days.

Team USA extended its lead, 2-0, on a give-and-go between Perreault and Smith, who picked up his second assist of the period. Perreault collected the puck at the blueline before a quick back-and-forth pass with Smith in the slot for a goal.

As time began to wind down in the middle frame, the Czech Republic cut Team USA’s lead in half. Jakub Stancl and Jan Sprynar each made fast passes in front of the crease that opened up Jiri Felcman on the backside as he netted the puck.

The remainder of the period consisted of back-and-forth action between the two teams. Although there were opportunities to score, neither team was able to convert and Team USA went into the third period with a 2-1 advantage.

Midway through the final period, Smith just nearly put Team USA up by two. From the right faceoff circle, he shot a wrister to the glove side of Czech netminder Michael Hrabal, but he was able to make the save.

A final close chance for Team USA to extend its lead came in the last three minutes of the game when Zeev Buium’s (San Diego, Calif.) shot attempt rebounded back out for a second chance but was cleared away by Hrabal.

In their tournament victory game, Augustine played all 60 minutes in net to tally 22 saves on 23 shots.

NOTE: With his goal to give Team USA the early lead, Oliver Moore (Mounds View, Minn.) was named the Team USA Player of the Game.