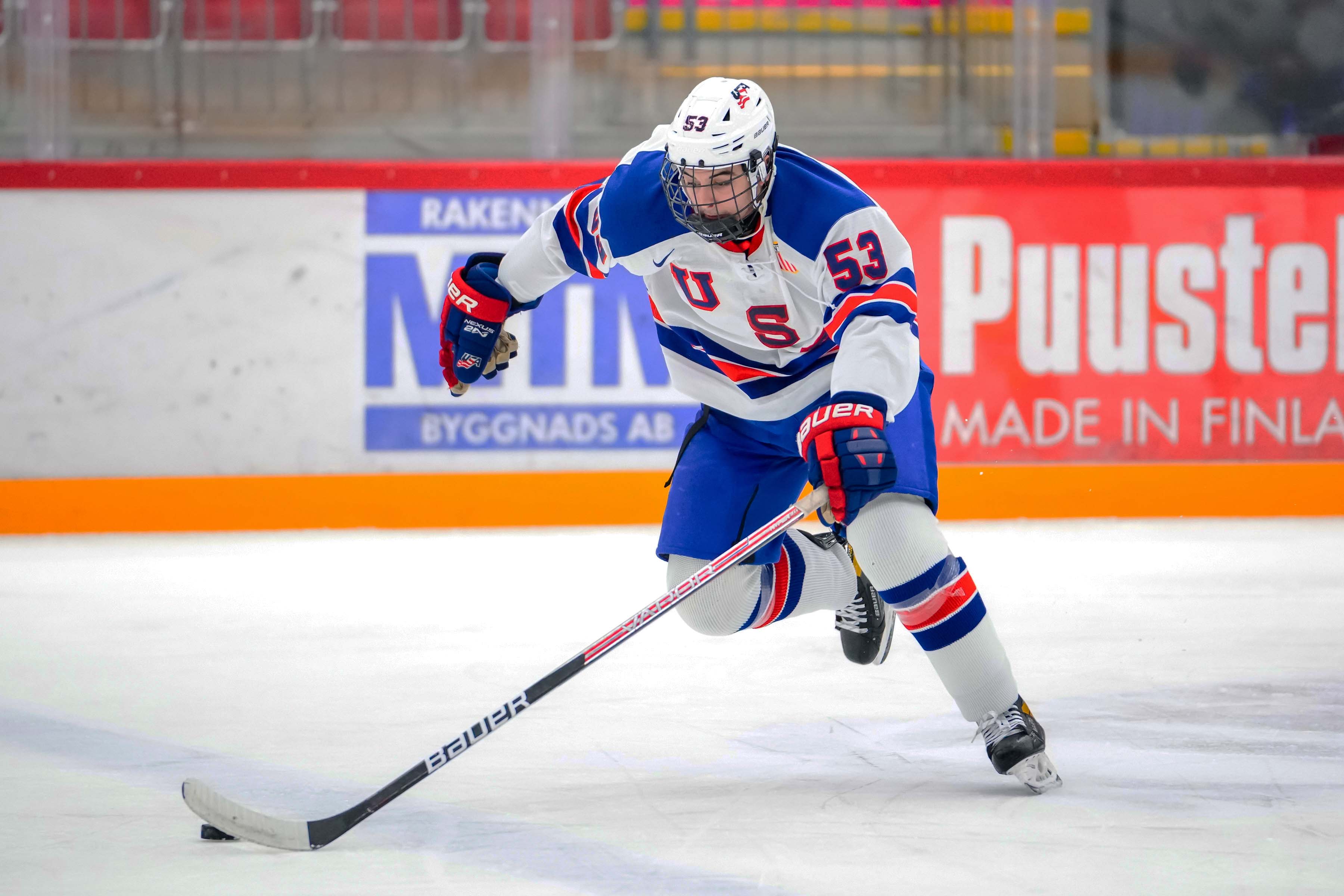 Both teams were able to create numerous scoring opportunities in the opening frame. For Team USA, Ryan Fine (Center Moriches, N.Y.) found himself in a breakaway situation early on but was unable to convert one-on-one against Finland netminder Noa Vali.

Oliver Moore (Mounds View, Minn.) and Will Smith (Lexington, Mass.) both had three shots on goal to open the game, but the score remained at 0-0 after 20 minutes of action.

Just 1:10 into the middle frame, Team USA earned a penalty shot that would be taken by Moore, but he was unable to sneak past their netminder.

Over a four-minute span, Guzzo put Team USA up 2-0 over Finland. His first was setup by Beckett Hendrickson (Minnetonka, Minn.) and Austin Burnevik (Blaine, Minn.) for tap in on the backside. In similar fashion, Guzzo scored again on a tapped in shot from Burnevik and Hendrickson.

Two goals just weren’t enough for Team USA as Moore added another to their lead, 3-0, at the 9:10 mark. Danny Nelson (Maple Grove, Minn.) lead the charge, finding Gracyn Sawchyn (Chaska, Minn.) in the neutral zone. Sawchyn carried the puck up the ice before connecting with Moore just left of the crease for a quick put away into the net.

Finland made their way into the game in the first five minutes of the final period. Starting along the boards, Finland went one-two-three between Tuomas Uronen, Tom Leppä, and Arttu Alasiurua before Uronen scored on a backside one-timer.

The Under-17 team saw its first hat trick of the season as Guzzo netted his third of the game on a one-timer from an open pass from Hendrickson. Nelson added the final goal of the game for team USA on a beautiful redirect in front of the crease from Moore and Zach Schulz (South Lyon, Mich.) to secure the win.

Trey Augustine (South Lyon, Mich.) played all 60 minutes between the pipes for Team USA. In their victory, Augustine tallied 19 saves on 20 shots on goal.

Team USA will face the Czech Republic tomorrow (Nov. 13) for their final game for the Four Nations tournament. Game time is set for 11:30 a.m. ET.