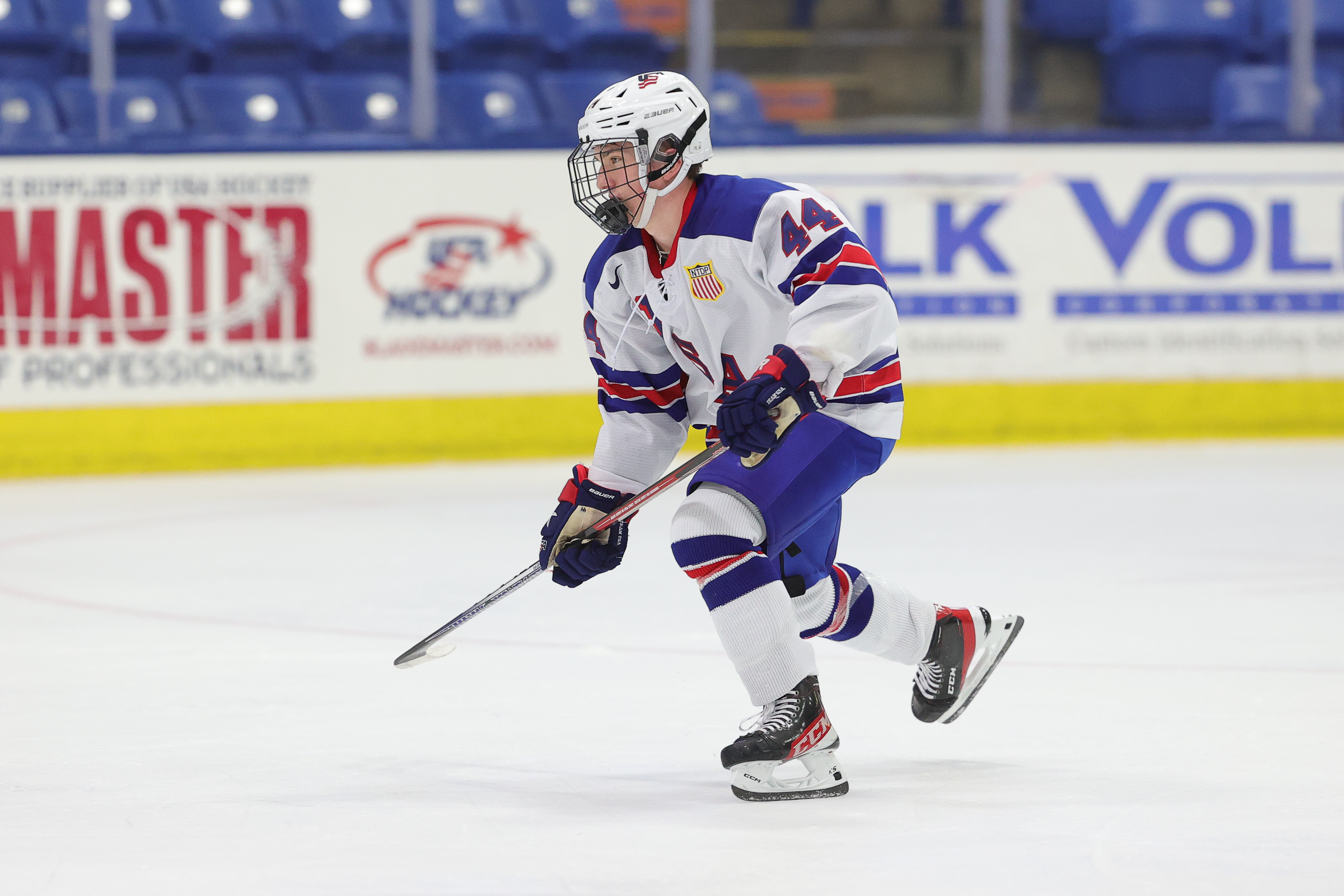 VAASA, Finland – The U.S. Under-17 Men’s National Team was led by goals from Will Smith (Lexington, Mass.), Will Vote (Arlington, Mass.) and Oliver Moore (Mounds View, Minn.) in its 4-2 exhibition victory over Finland on Tuesday.

Finland took an early 1-0 lead with 3:31 off the clock in the opening frame. Topias Hynninen connected with linemate Jesse Kiiskinen in the neutral zone where he went one-on-one with Trey Augustine (South Lyon, Mich.) for the goal.

Just as quick, Smith tied the game, 1-1, on an assist from Paul Fischer (River Forest, Ill.). Fischer created a turnover in the defensive zone, before finding Smith open for a breakaway at the blueline.

Team USA took over the lead, 2-1, just before the halfway point of the game. Vote picked up his fourth of the season, with credit given to Benjamin Yurchuk (Randolph, N.J.) on the assist.

In the final minutes of the second period, Finland’s Arttu Alasiurua notched a goal on an assist from Tuomas Uronen to tie the game back up at 2-2.

With 14:12 remaining in the game, Ryan Fine (Center Moriches, N.Y) knocked the puck loose from a scramble along the boards for Moore. Moore beat his defender one-on-one for a wrister from the right side to give Team USA the lead, 3-2.

Moore sealed Team USA’s victory in the final minutes, scoring an empty netter at the 1:21 mark, on assists from Gabe Perreault (Hinsdale, Ill.) and Fischer.

Augustine and Carsen Musser (Sherburn, Minn.) split time in net for Team USA. Augustine finished with 15 saves on 16 shots in 31 minutes played, while Musser played 28 minutes and made 16 saves on 17 shots.

Note: With one goal and three shots on goal, Will Smith (Lexington, Mass.) was named the Team USA Player of the Game.