NTDP Heads Across the Pond for International Play

Teams have been sidelined from international tournaments during pandemic 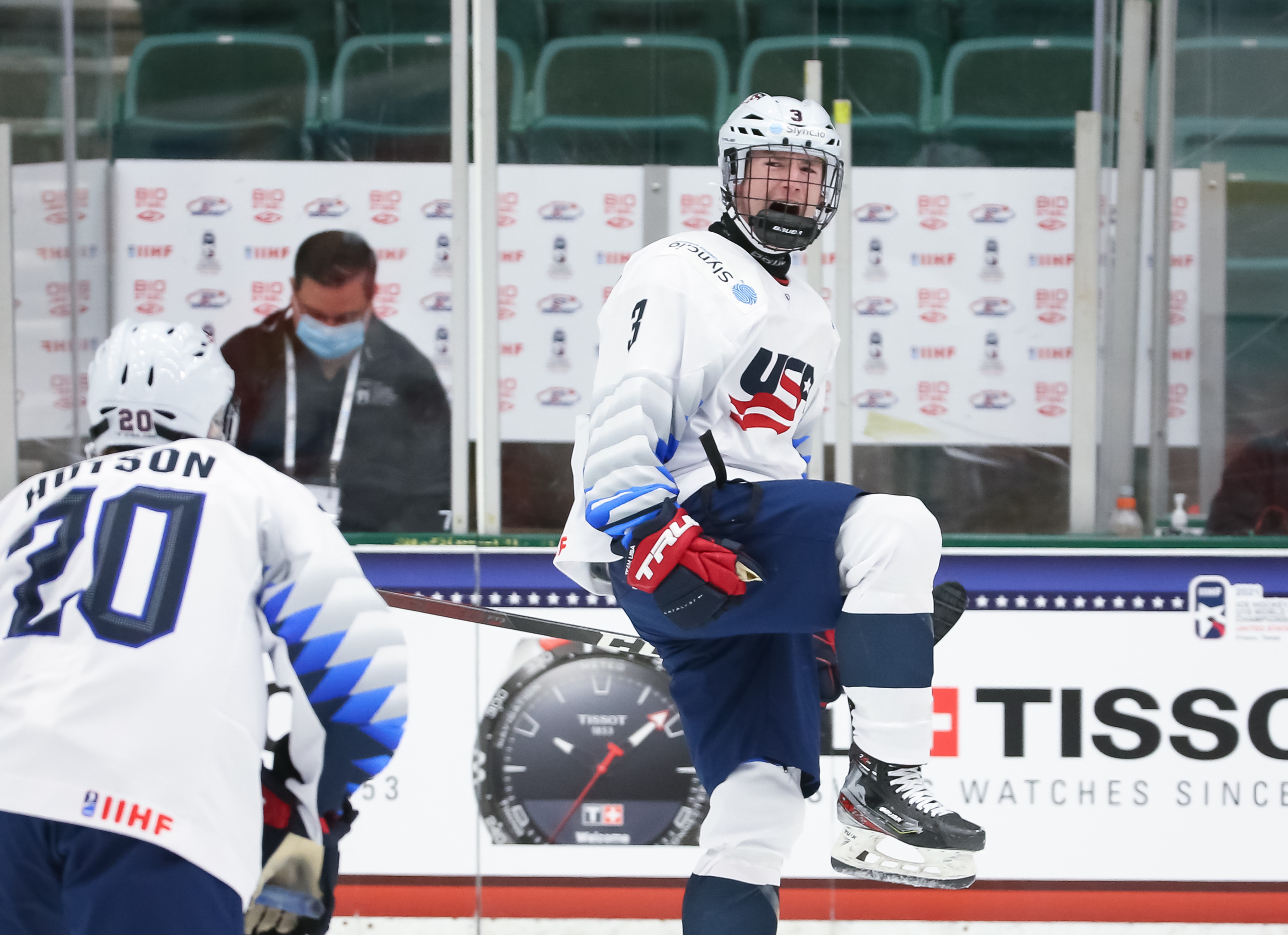 For the first time since February 2019, the USA Hockey National Team Development Program Under-17 and Under-18 Teams will head overseas for international play.

“We are super excited,” said U18 head coach Adam Nightingale, whose team will play in its first-ever international tournament in Switzerland since arriving in Plymouth in August of 2019. “Playing internationally is one of the many special things we get to experience as a group.

“We talked about it last year (as U17s). We really focused on what we do have and not the opportunities we were not getting. We were fortunate to play the amount of hockey we did, the amount of time we had in the weight room and in practice. It really helped to focus on what we did get as a team, and I thought our group did a great job.” 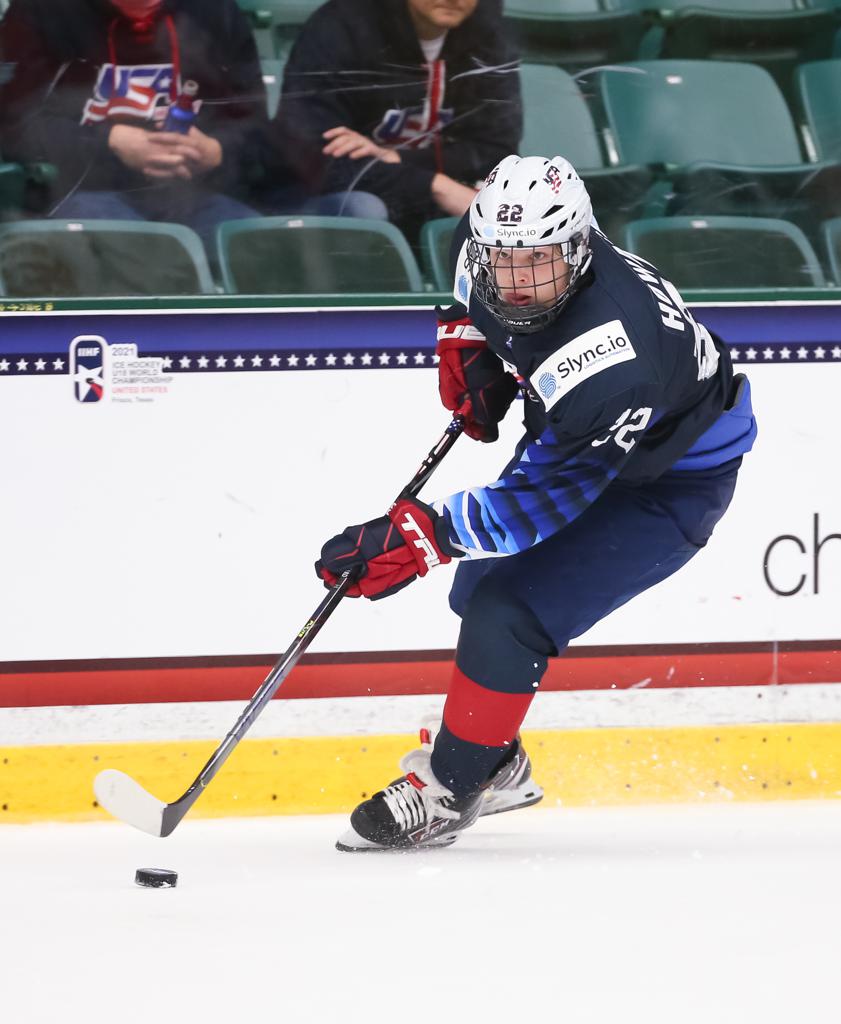 Isaac Howard at 2021 U18 World Championship

Even though last year’s U17s did not play internationally, there were several players who played in one international tournament last season — the 2021 IIHF Under-18 Men’s World Championship in Frisco, Texas, last spring as underagers. Forwards Logan Cooley, Marek Hejduk, Isaac Howard, Rutger McGroarty and Charlie Stramel along with defensemen Ryan Chesley and Lane Hutson were members of the team that finished in fifth place.

“It was a great learning experience,” said Howard, who tallied one goal and four points in the tournament. “We lost in the quarterfinals, but it was so hard to see how it affected the players. It was the last time they were taking off the [USA] jersey. It really showed me how you have to be in in the tournament and compete each and every shift.”

For Chesley, who also won a silver medal for Team USA at the 2020 Youth Olympic Games in Lausanne, Switzerland, there is nothing else better than suiting up and playing for his country.

“It was such an awesome experience to be up with that group, play internationally and get that experience,” he said. “Anytime you get to put the jersey on, it adds another touch of awesome, especially when you get to play against other countries. You take so much pride in representing your country.”

The U18s will face host Switzerland, Finland, Sweden and the Czech Republic during the second week in November for this first tournament. The U18s have already played games in the USHL and against college teams this season and the coaching staff is excited to see how they compare.

“We have already played a lot of hockey, so we are very excited to play other countries and to see where we stack up,” said Nightingale. “We need to stick to what we believe in — and that is our identity. We need to be a smart team, a fast team and play hard. We have been preaching to our group to buy into our identity each time we step onto the ice.”

Chesley concurs with his coach’s assessment of what the team needs to do to have success.

“We need to go out there and play the way we do the best,” he said. “We are very excited for this since we didn’t get an opportunity to play internationally last year as a team. We need to stay even with our emotions and not get too high or get too low.”

Meanwhile, the U17s will head out for their first taste of international competition when the squad heads to Finland, for the U17 Four Nations. The team will face Finland, Sweden and the Czech Republic in Vaasa, Finland, the week of Nov. 8.

“It’s a date that has been circled for everyone here since this team was announced,” said U17 head coach Dan Muse. “There is a lot of firsts in the U17 year — the first practice, the first team meeting, and the first game, but the marker for everybody is that first international tournament. You put on the jersey every day, but the meaning is more special playing in an international event as the team across from you is also representing their country.”

For the U17s, who have played 12 games so far against USHL, NAHL and NOJHL opponents, it will mark the first time they will play against their own age group. It really allows the coaching staff to get a better feel of where the team stands. 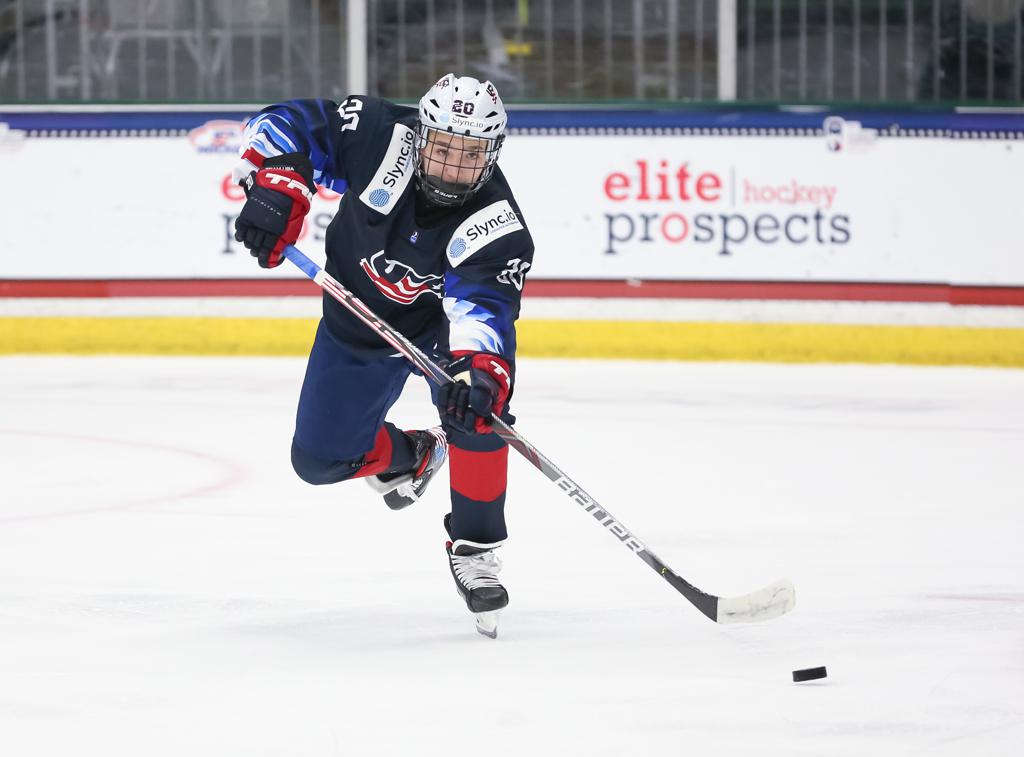 “We will see it when we get there since it’s the first time since we got here that we are playing against our own group, let alone a team,” said Muse. “We have been working [on] developing winning habits, winning details, using each other and playing a team game. By doing that against older players, we hope over time that these habits and details will translate in the USHL and hope to see those things when we play our own age group.”

One player who is especially excited to head to Finland is U17 forward Carter Slaggert, as it will be the first time the squad will face competition in their own age group.

“It is an experience where we really can come together as a team when we go overseas,” he said. “We need to play as a team and play our game. We know how important it is to do the little things right.”

Even more, the tournament takes on a special meaning to him as he watched his older brothers, Graham (2015-17) and Landon (2018-20), wear the red, white and blue and represent Team USA internationally.

“It’s really exciting especially since I was able to watch my two brothers play for Team USA, especially internationally,” said Slaggert. “Growing up, we would always watch the World Junior games. It was just so special to be able watch Team USA and now, I’m able to represent my country.

“It’s such an unbelievable feeling to wear the colors. The first time I put it on, it was incredible. Going overseas, it really takes on a new meaning and the importance of representing our country.”

And for the NTDP, the wait has been worth it.