Guzzo and Fine net their first goals of the season 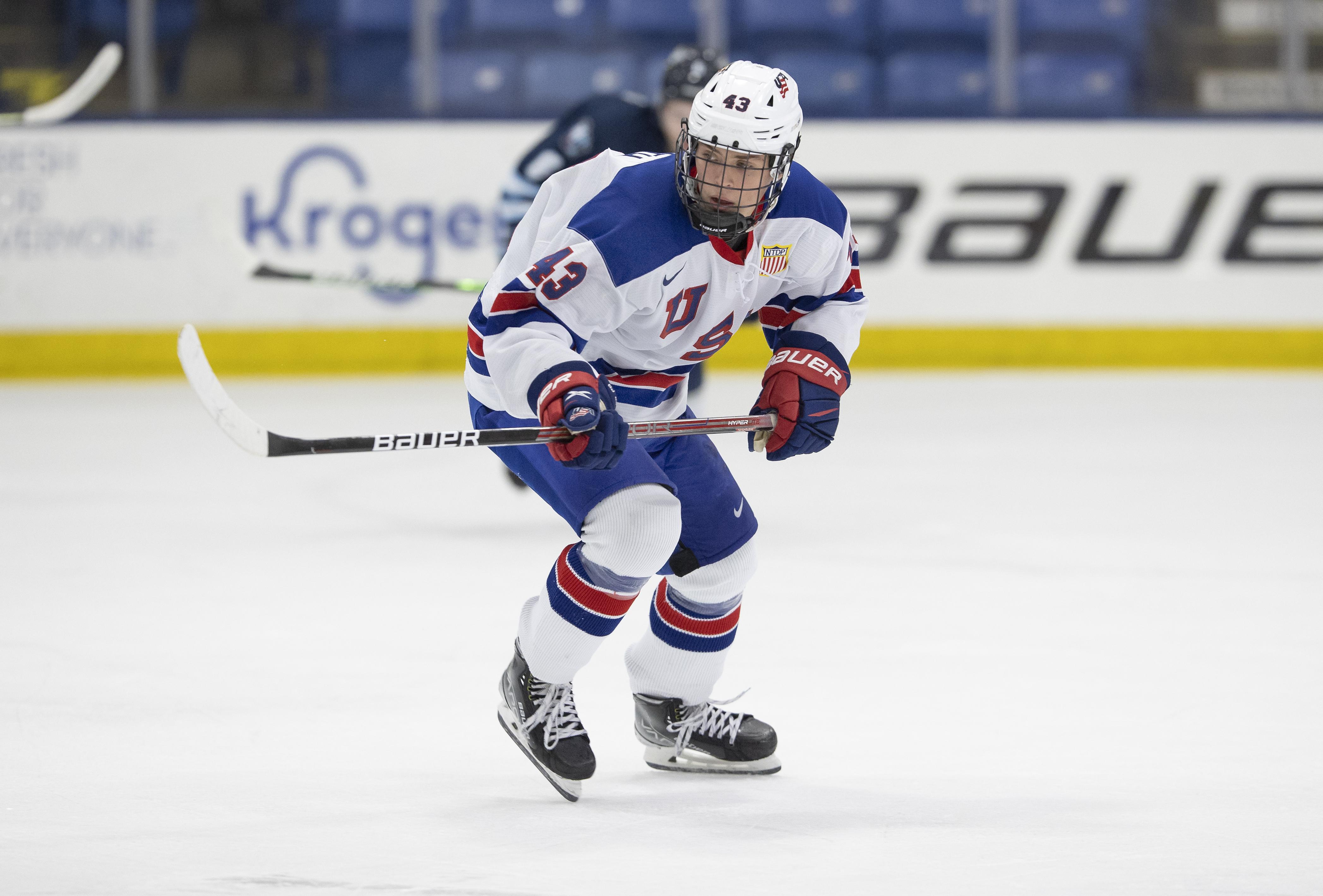 SAULT STE. MARIE, Mich. – Will Smith (Lexington, Mass.) picked up four goals and one assist, while Beckett Hendrickson (Minnetonka, Minn.) tallied two goals to help lead the U.S. National Under-17 Team to a 9-1 victory over the Soo Eagles on Thursday night.

Picking up where they left off yesterday, Paul Fischer (River Forest, Ill.) found Smith in the offensive zone for a shot before getting tripped up in front of the Eagles net. On the backside of the scramble, Ryan Fine (Center Moriches, N.Y.) tapped the puck in to give Team USA a 1-0 lead.

The Eagles were quick to answer picking up a goal with 12:48 left to play in the opening period courtesy of Jacob Swiatek on an assist from Dylan Bachalo.

Salvatore Guzzo (Old Tappan, N.J.) joined in on the first period run, scoring from the left faceoff circle on a wrist shot after being fed the puck by Kai Janviriya (Bloomfield Hills, Mich.) and Fortescue. 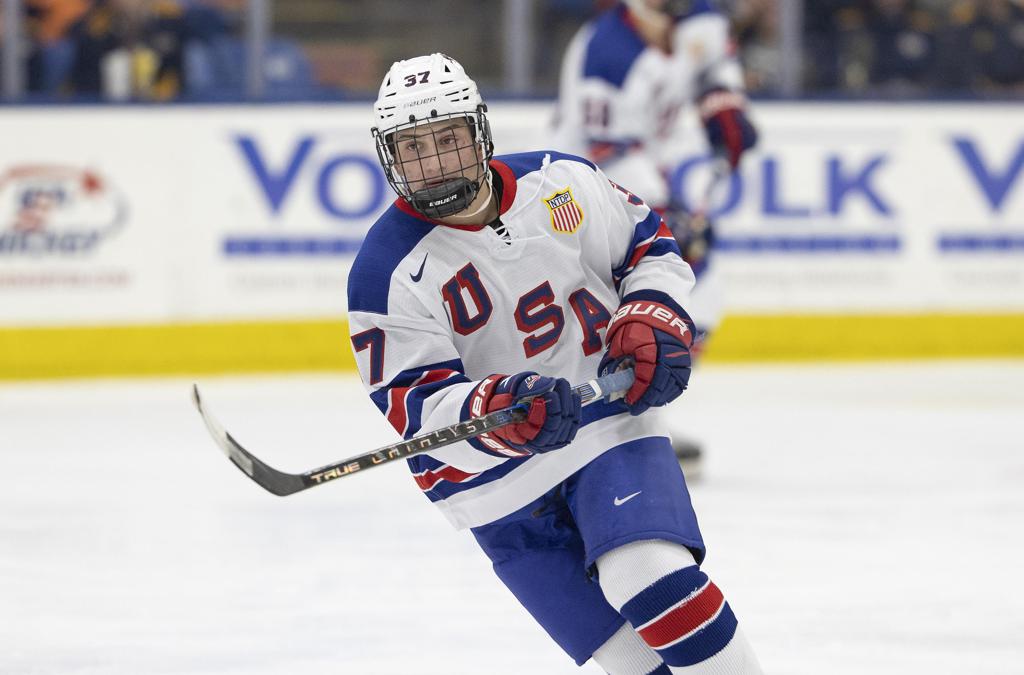 Smith added an early second period goal, just 4:44 in, as he slipped around Eagles’ netminder Ryan Gilmore and netted one stick side into the net. Oliver Moore (Mounds View, Minn.) and Janviriya were credited with the assists.

Hendrickson added another goal for Team USA at 13:17 to make it 5-1. Hendrickson was setup in front of the crease by Perreault on a pass from Leonard.

With just 24 seconds left in the period, Fine sent the puck across open ice to find Smith in front of the net for his second goal of the period.

Team USA dominated the final period scoring three unanswered goals. The first came from Smith on a power play opportunity within the first three minutes, while Fine and Janviriya were given credit for the assists.

Back again, Leonard and Fischer paired up for assists on an early period goal at 16:40. This time around, the duo connected with Hendrickson on his second goal of the night. Smith later added his fourth of the night as he netted the final goal for Team USA, off a pass by Fine, to make it 9-1.

The U17s look to begin preparations for the 2021 Four Nations Cup in Vaasa, Finland. The tournament is set to take place in early November with dates still to come.