Perreault (1g, 3a) and Fine (4a) finished with 4 points each in tonight's victory 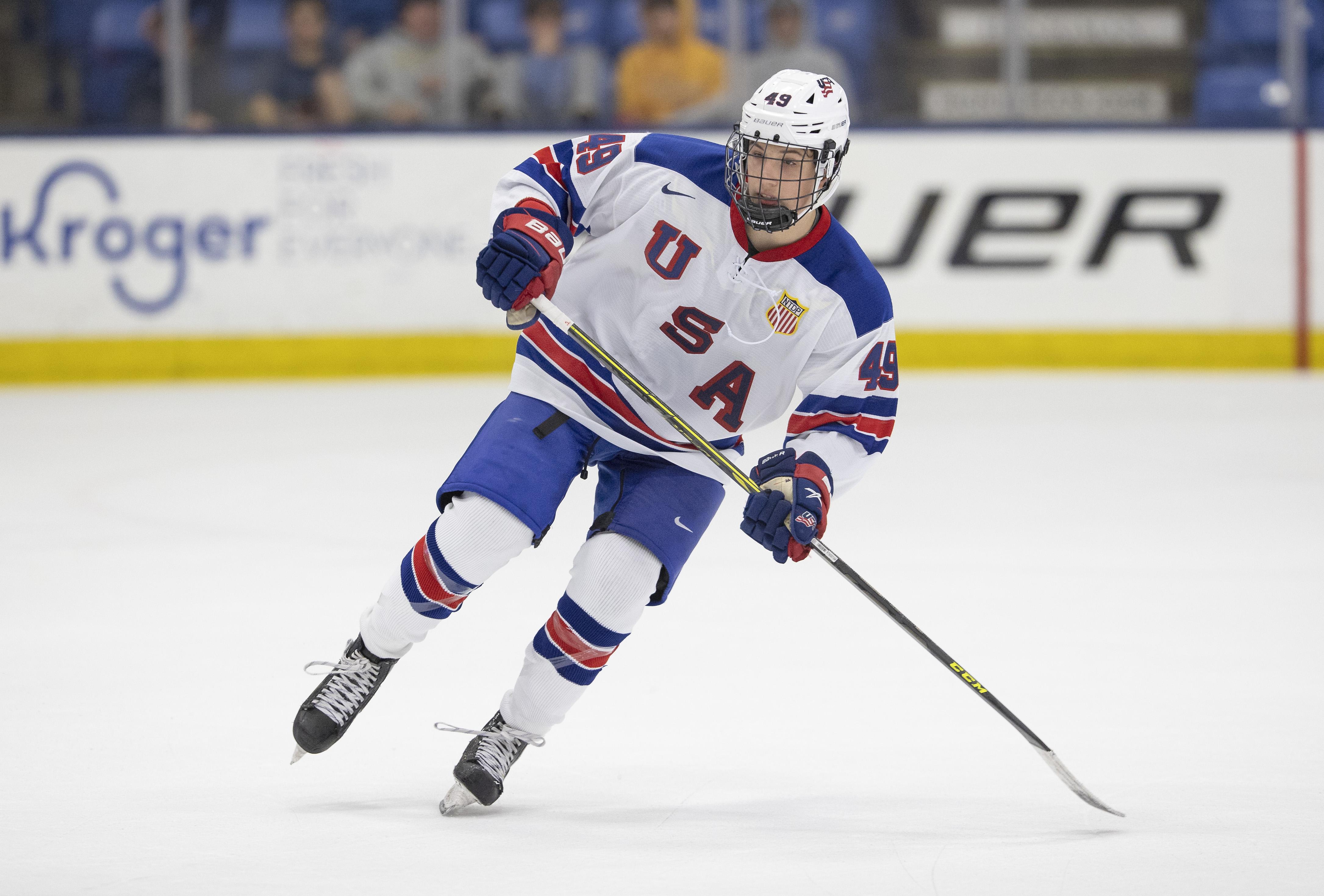 Sault Ste. Marie, Mich. – With a multiple point game from 11 skaters and 33 saves from Carsen Musser (Sherburn, Minn.), the U.S. National Under-17 Team blew past the Soo Eagles, 11-2, on Wednesday night.

Over the halfway point in the opening frame, Austin Burnevik (Blaine, Minn.) scored the first goal of the night off a centered pass by Zeev Buium (San Diego, Calif.). With only two minutes passing, Team USA took a 2-0 lead courtesy of Oliver Moore (Mounds View, Minn.) with assists given to Drew Fortescue(Pearl River, N.Y.) and Ryan Fine (Center Moriches, N.Y.).

At the blueline, Alex Weiermair (Los Angeles, Calif.) connected with Carter Slaggert (South Bend, Ind.) who carried the puck up center ice. Slaggert was able to find Will Vote (Arlington, Mass.). in the left faceoff circle where he made a quick move and slipped the puck into the net.

Shortly after, on a power play chance for Team USA, Moore picked up his second goal of the night off a rebounded shot by Will Smith (Lexington, Mass.) to extend Team USA’s lead to 4-0.

Just before the period closed out, the Eagles’ Marc LaFrance netted the puck to give his team their first of the night. 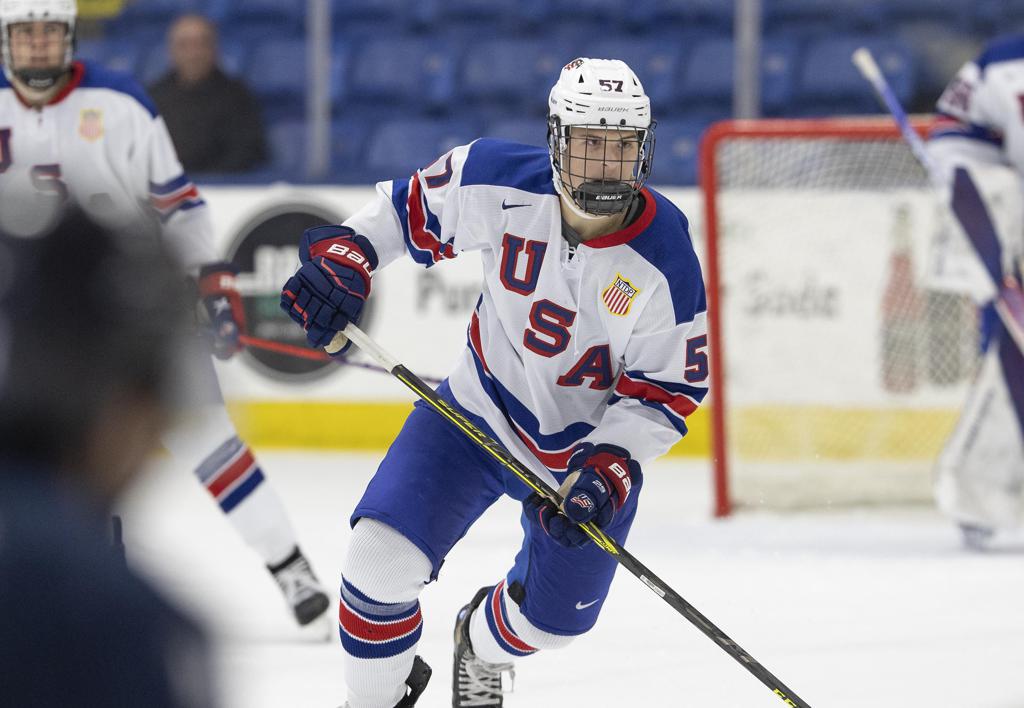 Scoring his first goal of the season, Zach Schulz (South Lyon, Mich.) slipped one in on a wraparound pass from Ryan Leonard (Amherst, Mass.) and Gabe Perreault (Hinsdale, Ill.). Further adding to Team USA’s lead for the second time tonight, Weiermair netted one to make it 6-1 on assists by Slaggert and Vote.

On an amazing wrist shot, Leonard sent one past the Eagles’ netminder Gabriel Rosek with credit to Perreault and Fortescue on the assists. As if one just wasn’t enough, Leonard tapped another in a few minutes later from Perreault and Paul Fischer (River Forest, Ill.) to give Team USA an 8-1 lead.

After multiple scoring opportunities, Smith netted one on a behind the net pass from Moore with five minutes remaining in the second period.

Opening up the final period of the game, the Eagles added to their score off a goal by Dylan Bachalo with 16:27 left to go.

Following his three assists, Perreault added a goal to the night on an assist from Gracyn Sawchyn (Chaska, Minn.)

Fine later capitalized on a shorthanded-turnover in the defensive zone and went coast-to-coast before connecting with Kai Janviriya (Bloomfield Hills, Mich.) for his first goal of the season and final for Team USA on the night.

The U17s are back at it again tomorrow night against the Soo Eagles at Pullar Stadium. Puck drop is set for 7:00 p.m. ET and the game can be streamed on HockeyTV.