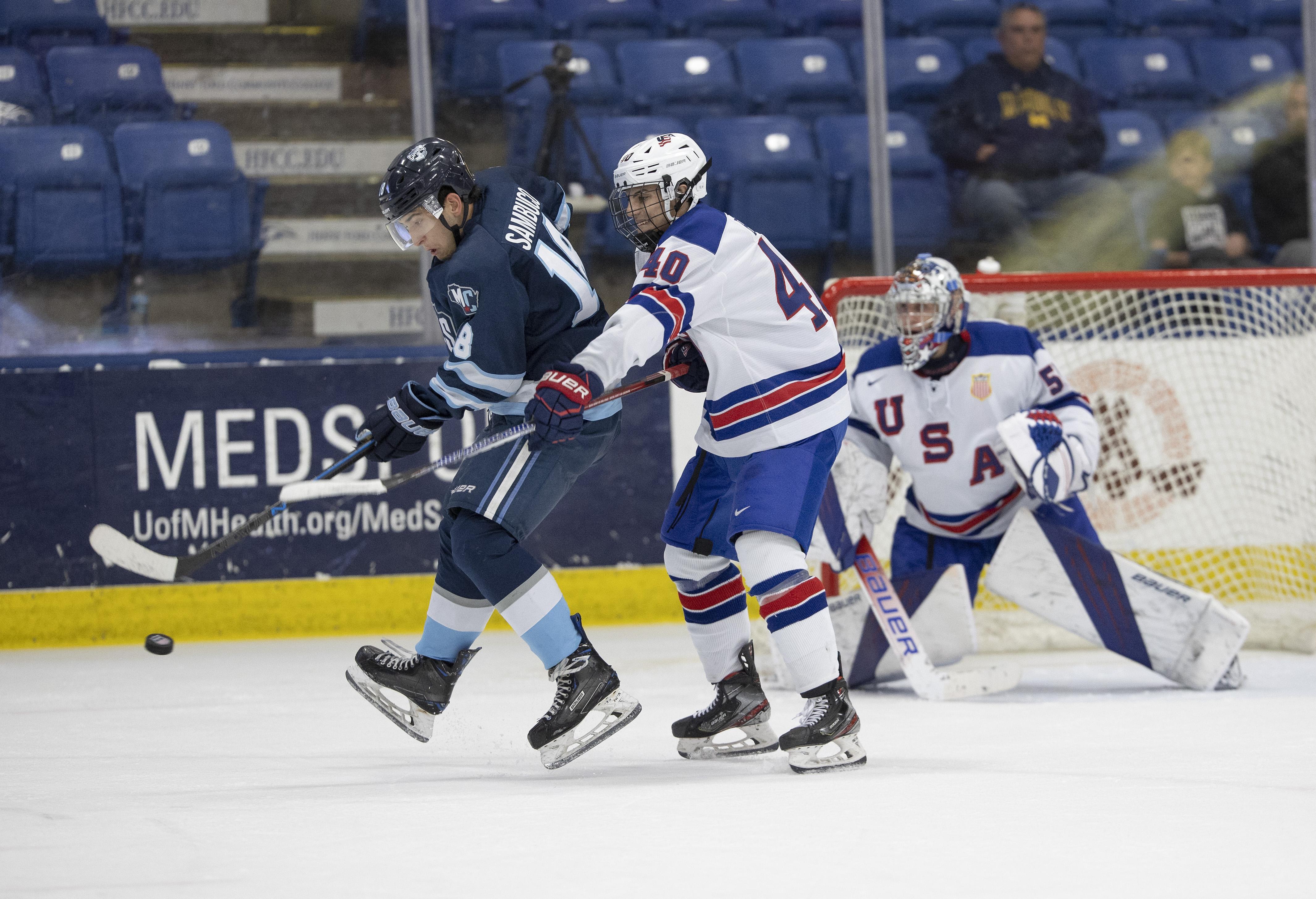 PLYMOUTH, Mich. – The U.S. National Under-17 Team dropped, 6–0, in game two of the weekend against the Madison Capitols on Saturday night.

Madison scored early, when Nathan Lewis put the Capitols up with 14:20 left in the first period. The Capitols added three unanswered goals, to make it 4-0, from Nick DeSantis, Reid Pabich and Kyle Kukkonen.

Kukkonen extended Madison’s lead at 19:13 in the second to bring it to 5–0, followed shortly by Jake Dunlap who extended it again at 6:54 on a centered shot.

Gracyn Sawchyn (Chaksa, Minn.) and Carter Slaggert (South Bend, Ind.) both saw shot opportunities around the seven minute mark in the second, with Perreault and Will Vote (Arlington, Mass.) also getting some good looks late in the period.

Both sides of the ice saw lots of action, but neither team was able to add any goals in the third period. Team USA finished with 15 shots on goal, while Madison tallied 42 shots over the course of the game.

Trey Augustine (South Lyon, Mich.) played 58 minutes in net for Team USA. He finished with 36 saves on the night.