Hendrickson picked up his first goal of the season 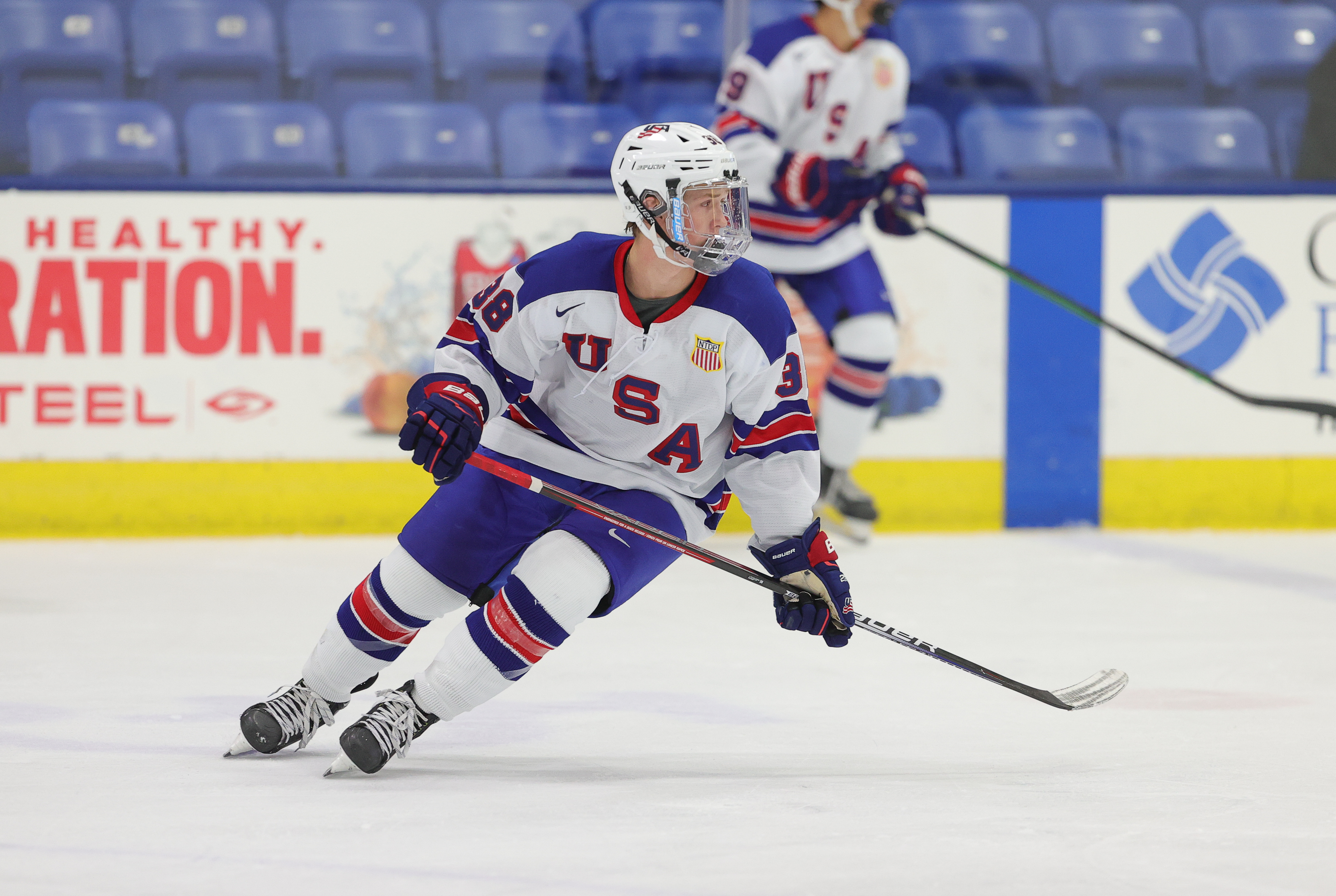 Team USA took an early 1-0 lead just 2:22 into the opening period. Gabe Perreault (Hinsdale, Ill.) battled for the puck along the boards and was able to connect with Gracyn Sawchyn (Chaska, Minn.) in the neutral zone. Sawchyn then drove to the net before scoring glove side on Madison netminder Simon Latkoczy.

Carter Slaggert (South Bend, Ind.) brought Team USA back within one goal with 3:05 remaining in the period. Sawchyn created a turnover in the defensive zone before going coast-to-coast to find Slaggert centered in front of the crease for a quick redirect into the net.

The Capitols added to their lead off a goal by Quinn Finley early in the second period after being fed a centered pass from Cade Penney.

Shortly following, Team USA was awarded a power-play opportunity and did not waste it. Austin Burnevik (Blaine, Minn.) followed up on a second chance shot and knocked one in to make it, 4-2. Ryan Fine (Center Moriches, N.Y.) and Nathan Tobey (Lantana, Texas) were credited assists on the goal.

Lewis tallied another on the night for the Capitols, scoring a lone goal at 11:20 in the middle frame, extending their lead to 5-3.

The final period opened with a goal from Madison when Nick DeSantis netted the puck at 15:22 off assists from Finley and Tyler Haskins.

On a give-and-go in front of Latkoczy, Perreault passed to Will Vote (Arlington, Mass.) on the backside for an easy redirect into the net, closing the gap to 6-4. Will Smith (Lexington, Mass.) was also given an assist on the play.

Beckett Hendrickson (Minnetonka, Minn.) cut the Capitols lead to one goal when he carried the puck around the back of the net and snuck it in past the netminders skate on assists from Ryan Leonard (Amherst, Mass.) and Kai Janviriya(Bloomfield Hills, Mich.).

Although Team USA made a good run at the end, Madison’s Jake Dunlap scored back-to-back unanswered goals to secure their victory tonight at USA Hockey Arena.

Michael Chambre (Fort Myers, Fla.) played between the pipes for Team USA tonight. In 59 minutes, he tallied 39 saves on 46 shots.

The U17s close out the weekend back at home tomorrow night in game two against the Capitols. Puck drop is scheduled for 7:00 p.m. ET and the game can be streamed on HockeyTV.