Burnevik, Moore and Vote each tallied a goal 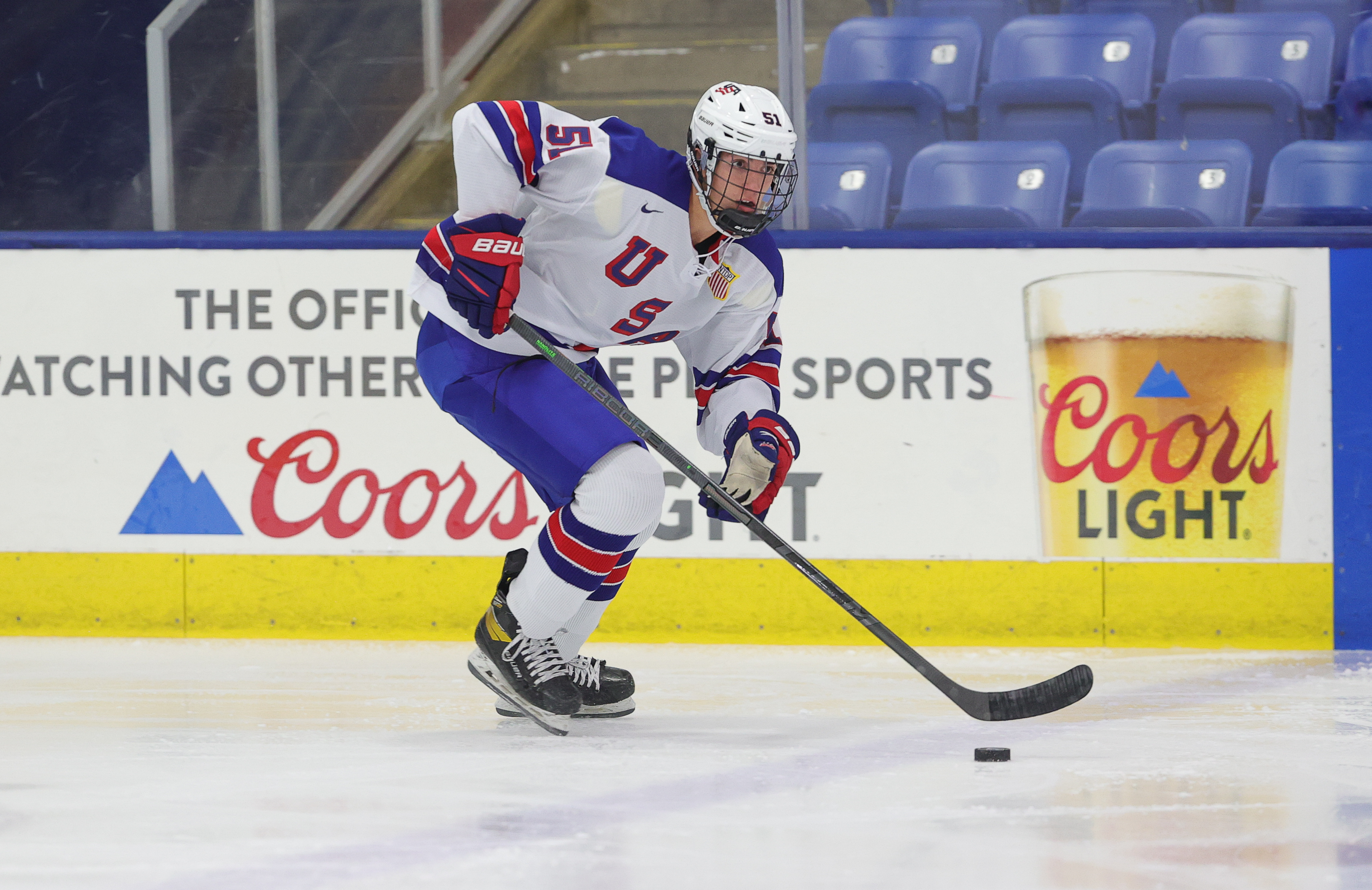 Team USA could not have asked for a better start, scoring three goals in the opening period. The first came when Will Smith (Lexington, Mass.) intercepted the loose puck at the blueline in their offensive zone. Smith quickly found Austin Burnevik (Blaine, Minn.) in the left dot for a quick release to take the 1-0 lead.

Drew Fortescue (Pearl River, N.Y.) capitalized on a turnover by the Steel, setting up Oliver Moore (Mounds View, Minn.) for a breakaway at center ice. With a bit of stickhandling, Moore sent a wrister stick side on netminder Nicholas Hass to pick up his fifth goal of the season.

The U17s third goal of the period came from a forced turnover created by Gabe Perreault (Hinsdale, Ill.) behind Chicago’s net. Perreault and Smith then went tic-tac-toe to find Will Vote (Arlington, Mass.) for the one-timer in front of the crease.

The opening minutes of the middle frame saw little action throughout the second period for both teams. Carsen Musser (Sherburn, Minn.) turned away 12 shots from the Steel, before Trey Augustine (South Lyon, Mich.) checked in, including numerous net front scrambles and second chance opportunities.

With 7:12 left to play in the period, Lukas Gustafasson netted one off a cross ice pass from Jackson Blake to make it 3-1 in favor of Team USA. Jake Livanavage was also credited an assist on the goal.

The Steel took the lead in the third period, scoring three back-to-back goals. Austen May led the way, scoring a one-timer off assists from Adam Fantilli and Blake. On a net front scramble, Sam Lipkin found the back of the net before Fantilli added another to bring the score to 4-3.

Chicago added a late empty-netter to secure the victory, 5-3.

Augustine finished the night with 22 saves in 28 minutes played.

The U17s are back at USA Hockey Arena next weekend against the Madison Capitols for their first home series of the season. The games are set for 7:00 p.m. ET on Friday, Oct. 15 and Saturday, Oct. 16.