Team USA is back in action against Chicago tomorrow night 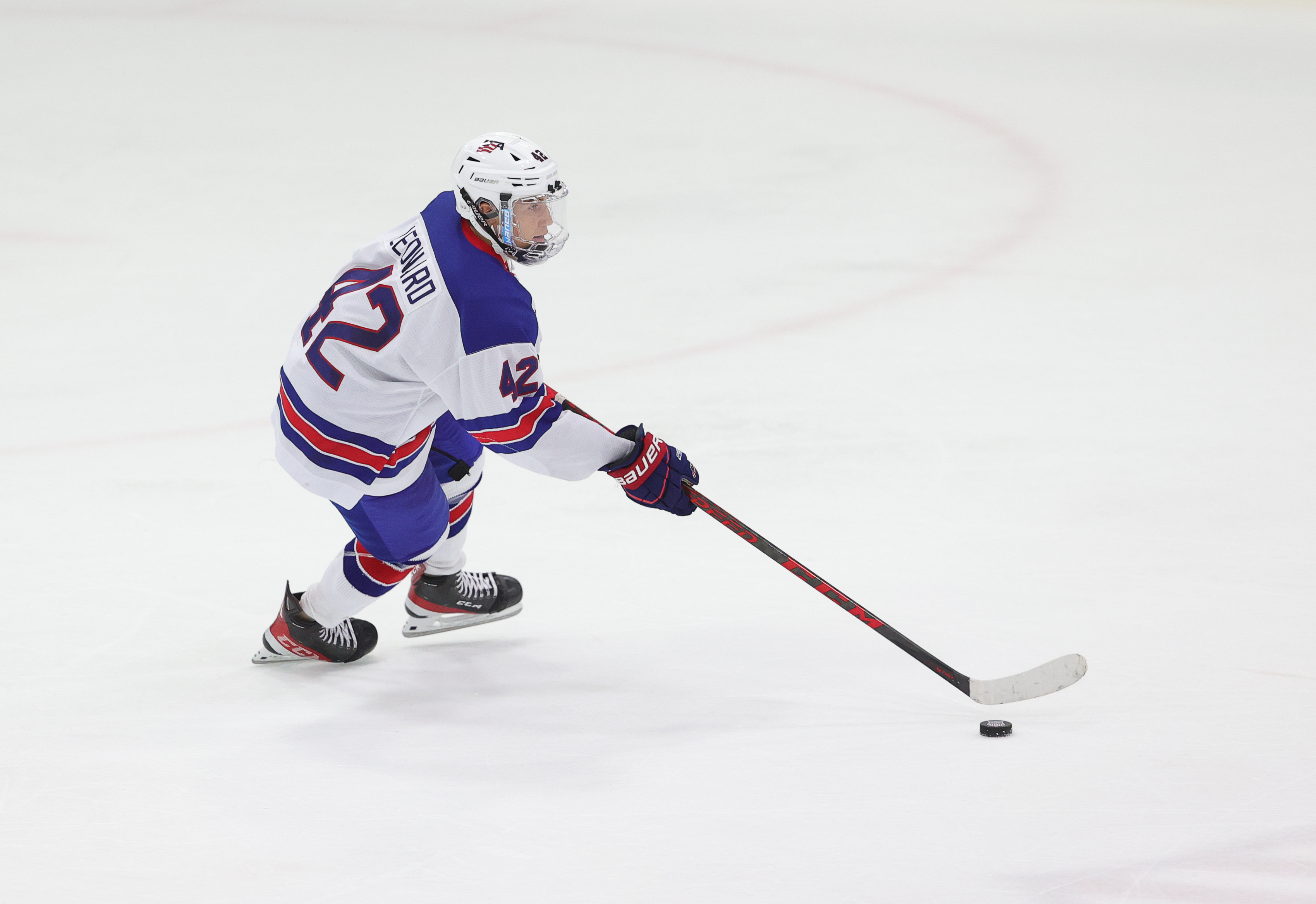 GENEVA, Ill. --- Oliver Moore (Mounds View, Minn.) and Ryan Leonard (Amherst, Mass.) each notched a late third period goal, but the U.S. National Under-17 Team fell 6-2, to Chicago, on Friday night in game one of the weekend series.

After numerous scoring opportunities for Team USA, the Steel tallied the first goal of the night 4:35 into the first period. On the power play, Andon Cerbone scored a one-timer from the right faceoff circle off assists from Sam Lipkin and Jackson Blake.

Team USA created a two-on-one situation midway through the period, opening Will Smith (Lexington, Mass.) up in the right faceoff circle, but his shot bounced off the post. Chicago answered when Anthony Dowd found the back of the net after carrying the puck up center ice, extending the lead to 2-0.

Just under four minutes into the middle frame, Chicago added two more goals starting with Joe Miller on a defensive takeaway to net the puck from in front of crease. With 9:57 left in the period, Michael Emerson gave Chicago a 4-0 lead off an assist from Mick Thompson

Beckett Hendrickson (Hinsdale, Ill.) provided a close chance for Team USA in the final minutes, battling in a net front scramble but was unable to get past Chicago netminder and NTDP alum Gibson Homer.

The Steel extended their lead to 6-0 before the halfway point of the final period. Blake scored on back-to-back goals in similar fashion at 16:01 and 14:56, respectively.

With 6:15 left to play, Moore put Team USA on the board after creating a turnover in the defensive zone and went coast-to-coast to score on the stick side of Homer.

Team USA continued to battle back as Moore won an offensive zone faceoff for the puck to find Leonard in the center slot. Leonard made a quick turn in front of the net and went top shelf, making the final score 6-2.

Trey Augustine (South Lyon, Mich.) and Michael Chambre (Fort Myers, Fla.) split time between the pipes for Team USA. Augustine finished the night with 13 saves, while Chambre closed out the game with 22 saves.

The U17s continue their weekend against the Chicago Steel tomorrow night. Puck drop is slated for 8:00 p.m. ET. The game can be streamed on HockeyTV.com.