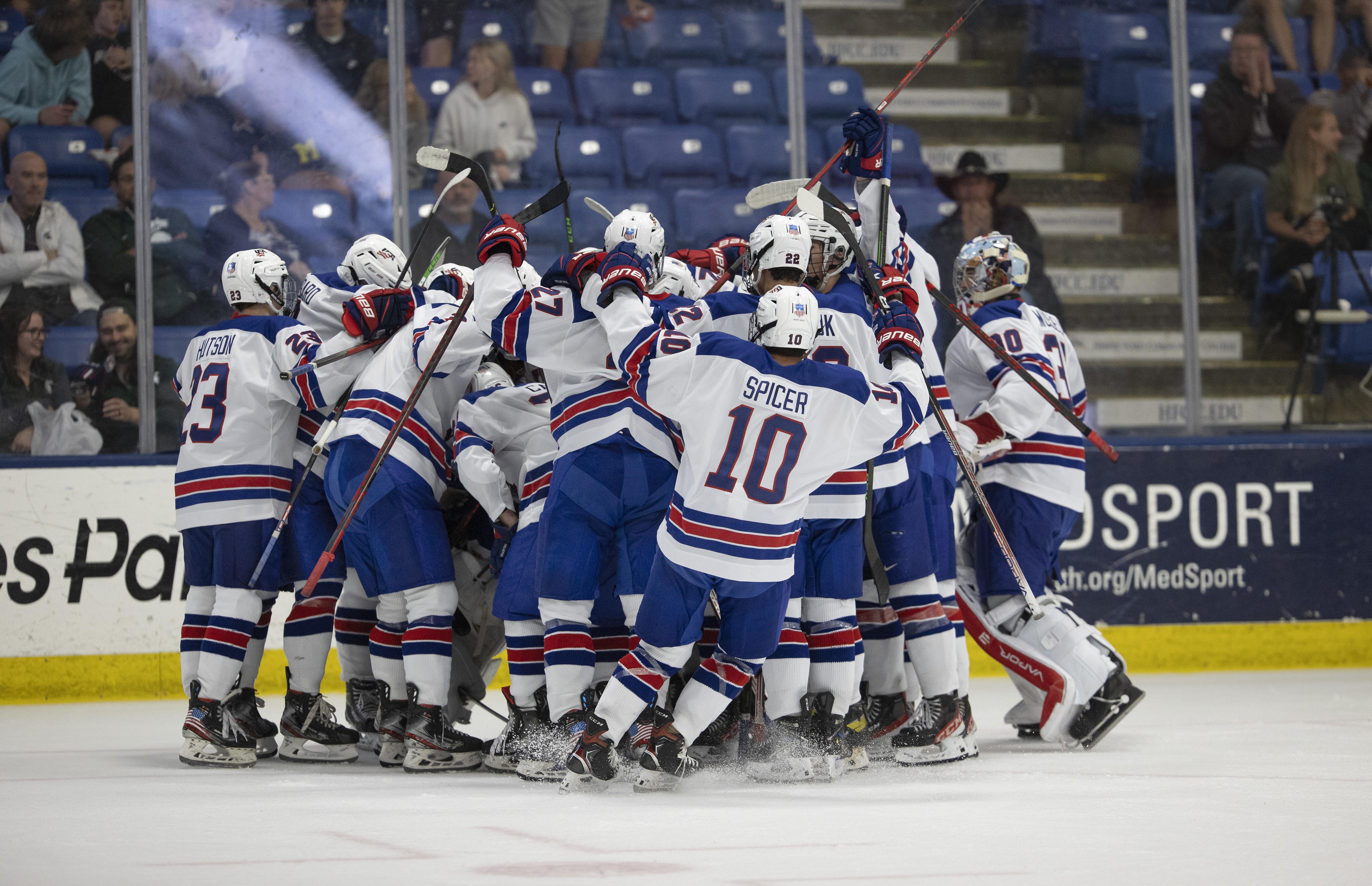 Lucius put Team USA on the board first when he finished a Logan Cooley (Pittsburgh, Pa.) set-up with a firm wrister from the right wing. Rutger McGroarty (Lincoln, Neb.) started the play, chipping a pass up the left boards to Cooley. He ran the 2-on-1 and fed Lucius, who finished for his first score of the season.

Lucius added his second of the evening 1:39 into the middle period to put the U18s up 2-0. Lane Hutson (North Barrington, Ill.) led the breakout with a pass to McGroarty at the attacking blueline. He left the puck for Lucius down the left wing, where he picked the short-side top corner for a multi-goal night.

Cutter Gauthier (Scottsdale, Ariz.) followed just 25 seconds later to push Team USA's lead to 3-0. Cole Spicer (Grand Forks, N.D.) put the puck on net with a sharp-angled shot from the right side that was turned away by Spartans netminder Drew DeRidder. Gauthier beat his man to the loose puck and tapped in the rebound opportunity for his third marker of the season. Jimmy Snuggerud (Chaska, Minn.) picked up a helper on the goal, his fifth of the year.

Silverstein was a rock in net all night for the U18s as he turned aside all 26 Spartans shots he saw. His best stop came late in the first period when he denied the Spartans on a pair of chances in front of the crease.

The U18s continue their Kroger College Series tomorrow evening against the Notre Dame Fighting Irish. Puck drop is slated for 5:00 p.m. ET from Compton Family Ice Arena in South Bend, Ind. You can listen to the game on UND.com!