NTDP Boys are Back in Town for 25th Anniversary Season

A quarter century later, focus on developing people and players remains the same 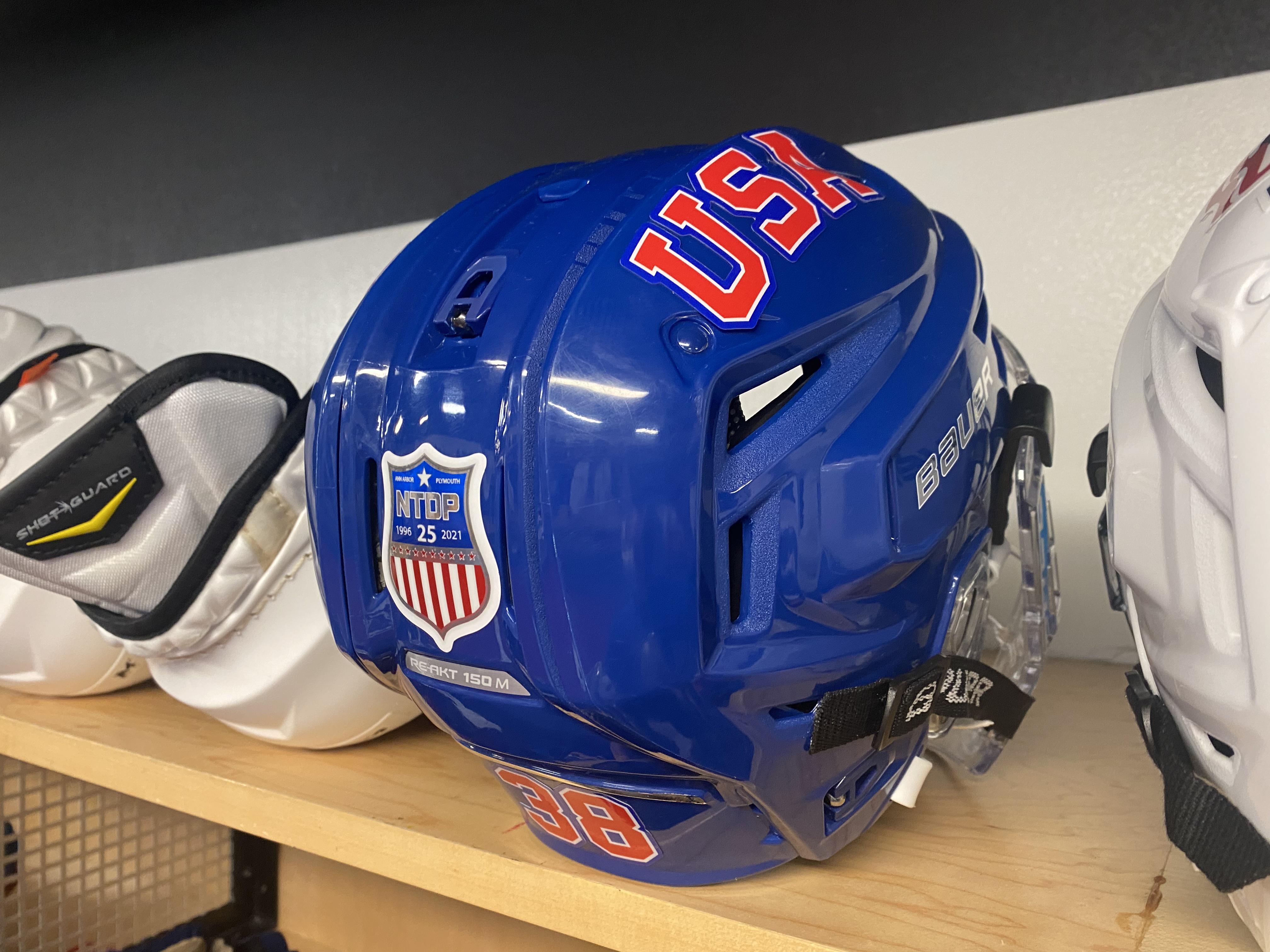 As USA Hockey’s National Team Development Program enters its 25th season in 2021-2022, over 640 players have suited up for the red, white and blue. Names such as Patrick Kane, Auston Matthews, Cole Caufield and Jason Zucker are just a few to have worn the USA jersey.

The names and faces may change each year, but one thing never waivers — the program’s commitment to excellence. The NTDP was the brainchild of Jeff Jackson, who started the program at the Ann Arbor (Michigan) Ice Cube in 1996. The goal, even back then, was the same as it is now: develop the most promising players from the United States. The young men who join the NTDP commit to live with billet families, attend high school, practice, train and play a highly-competitive schedule.

“The program has always been focused on skill development and gaining experience against older competition,” said Scott Monaghan, who is an original staff member of the NTDP and currently serves as the assistant executive director of USA Hockey for the NTDP and USA Hockey Arena. “The success of the NTDP has never been gauged on wins and losses, rather it is all about development. USA Hockey took the initiative, and it has helped in the development of our players, but also in our Olympic and National Teams.” 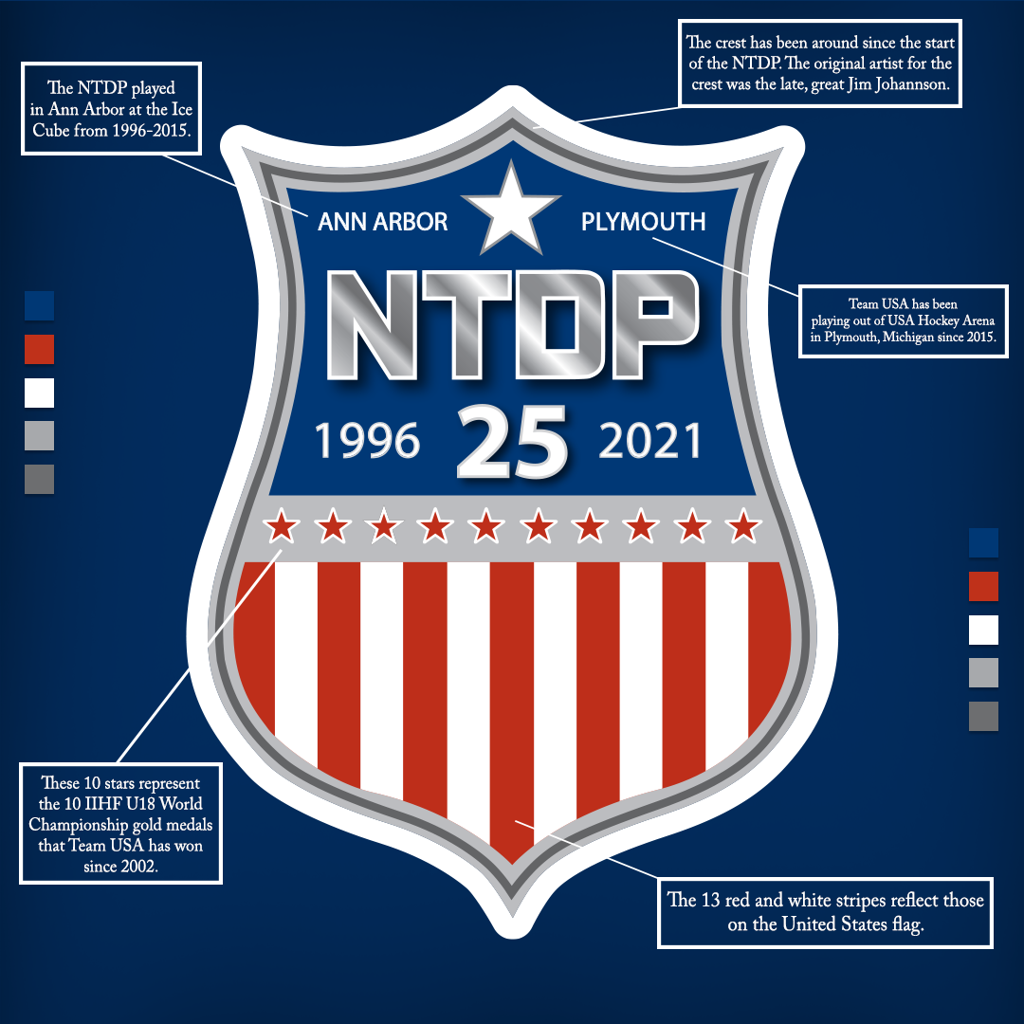 In addition to the on-ice component, the NTDP also aims to develop well-rounded individuals off the ice. This off-ice component includes weight training, dry-land conditioning, mental skills work and watching video. Academics are also a focus, with members of the NTDP carrying a cumulative 3.0 grade-point average or higher.

“It has always been our goal for players to develop both on and off the ice,” continued Monaghan. “At the end, we want them to develop a solid foundation for the rest of their careers and in life.”

Fast forward 25 years, and it should come as no surprise that the NTDP continues to build upon its tradition of excellence. The team has claimed 10 IIHF Under-18 World Championships — the most by any country — which is represented by the 10 stars in the NTDP 25th anniversary logo. In addition, a total of 363 players have been taken in the National Hockey League Entry Draft, including 85 first-round picks and five players selected first overall. Rick DiPietro became the first NTDP player taken first overall when the New York Islanders called his name in 2000, while Jack Hughes (2019) was the most recent player to be taken first by the New Jersey Devils.

The NTDP is divided into two teams — the Under-18 Team and the Under-17 Team. In honor of the anniversary, one of the first items this season was a trip to the Ann Arbor Ice Cube to offer players and coaches a chance to learn more about the legacy of the program. The Cube was the home of the NTDP for 19 seasons from its founding in 1996-97 before moving to USA Hockey Arena in Plymouth, Michigan starting in the 2015-16 season.

“Going back to the NTDP roots was very important for the program and the coaching staff,” remarked Monaghan. “It really helps the teams understand the legacy that has been put forth and the foundation that makes this place special.”

For Under-17 head coach Dan Muse, whose squad scrimmaged against the U18s on Sept. 11, the game was a special moment.

“It was such an incredible experience and very beneficial for the players to be able to go back and see where the NTDP started,” said Muse. “I think it took on an even bigger meaning for the players. They were able to learn, see and hear about the program history. They can see how much the program has grown and the importance of the program. It was a great learning experience.”

The experience will carry over to Muse’s U17s, who feature 24 players (13 forwards, eight defensemen and three goalies) from 12 different states, all from the 2005 birth year.

There are some familiar hockey names on the roster, including forward Carter Slaggert, who follows in the footsteps of his brothers Graham (2015-17) and Landon (2018-20) at the NTDP. The Slaggert trio joins the Shore brothers (Drew, Nick and Quentin), the Hughes brothers (Quinn, Jack and Luke) and the Pastujov brothers (Nick, Michael and Sasha) in having three siblings play for the NTDP. 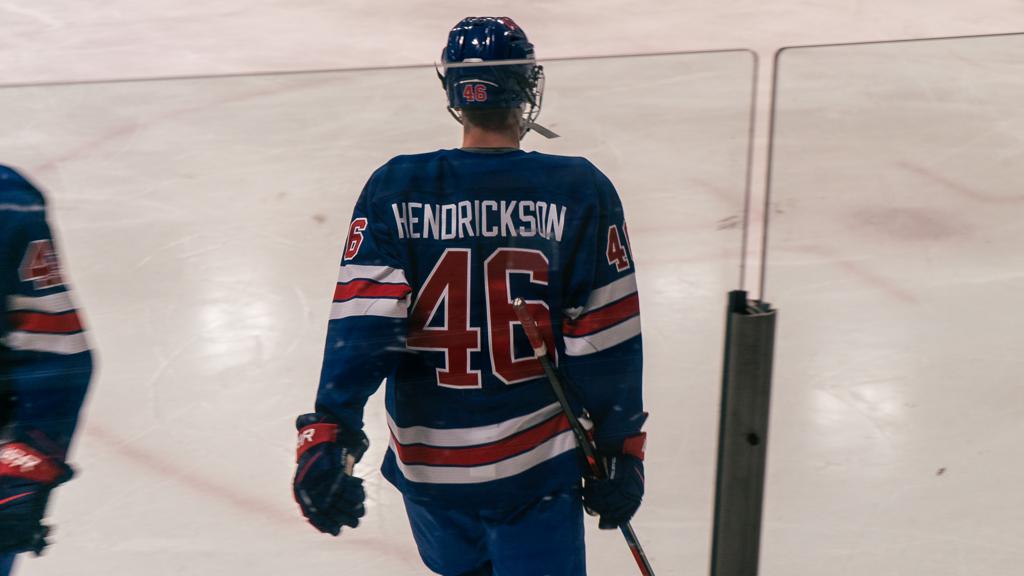 Since arriving in Plymouth in late August, the U17s have been busy working on the basics and gearing up for their home opener on Oct. 1 against the Youngstown Phantoms.

“As a team, we are starting to learn what the U17 year is all about,” said Muse. “We are playing against bigger and stronger players, and the game moves much faster. 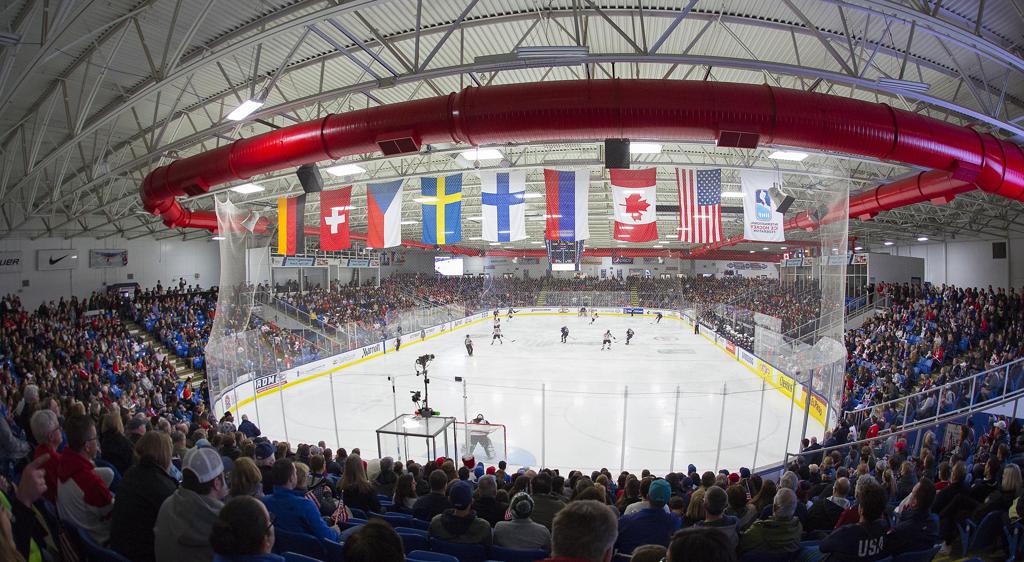 “It’s all about building the foundation. This is a group of individuals that come together and take steps forward to become a team. We want to bond together to play for the program. We want to move forward, but it’s a process and it’s going to take time.”

Meanwhile, the U18 team is piloted by second-year coach Adam Nightingale, who returns his entire line-up from one season ago. The team, which is led by forwards Rutger McGroarty and Logan Cooley, have trained and played together for one full year and have benefited from the off-ice training after the season ended one year ago. For the coaching staff, the second year is often an easier transition.

“Last year, we were really trying to find and establish our identity as a team,” said Nightingale. “We definitely got stronger and learned how to play at a faster pace.

“Now, we know what our identity is on the ice and we want to try and play smarter and faster. Off the ice, we will continue to focus on our strength and I’m proud of the work of our players in the classroom. We had the highest one-year grade-point average for a team and I’m proud of that. We are going to continue being involved in the community and give back.”

The team will face a new challenge this season as the schedule features games against NCAA Division I and III teams. In addition, they will play in the USHL as well as three international tournaments — the U18 Five Nations in Switzerland in November, the U18 Five Nations in Finland in February and the final event, the U18 world championship, beginning in April in Germany.

The squad opens NCAA action against Michigan State University, which is coached by former NTDP coach Danton Cole, on Oct. 2 at USA Hockey Arena. The team then heads to the University of Notre Dame on Oct. 3. 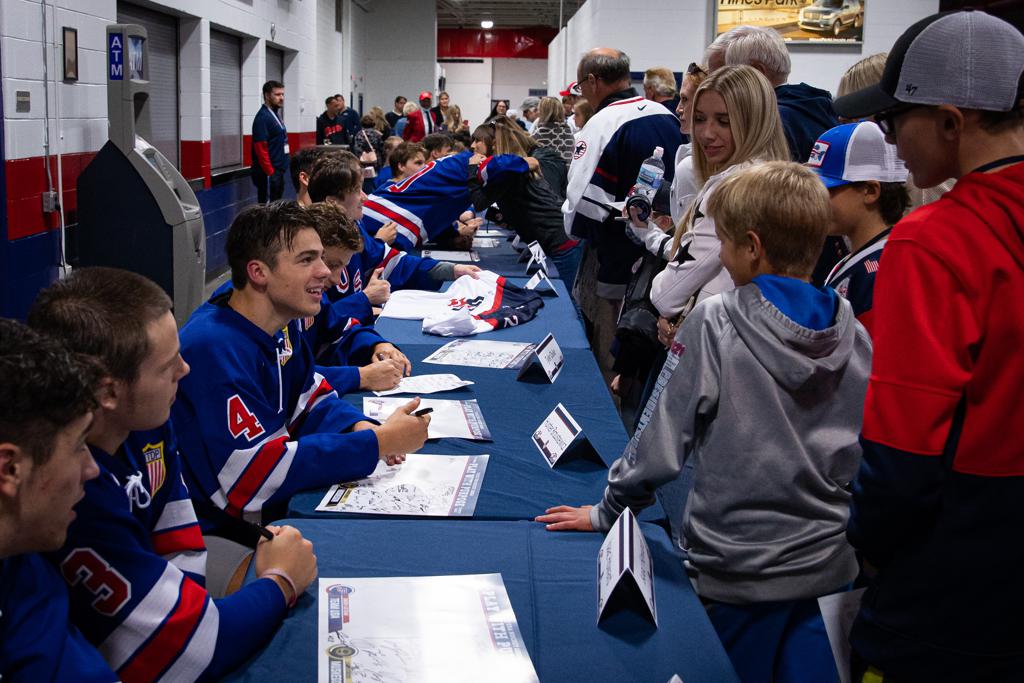 “The college games allow us to play against older and stronger players,” explained Nightingale, who earned his degree from MSU. “It really strengthens us and teaches us how to have success at a different level.”