U17s Fall to Mudbugs on the Road

Moore picked up his second goal of the season 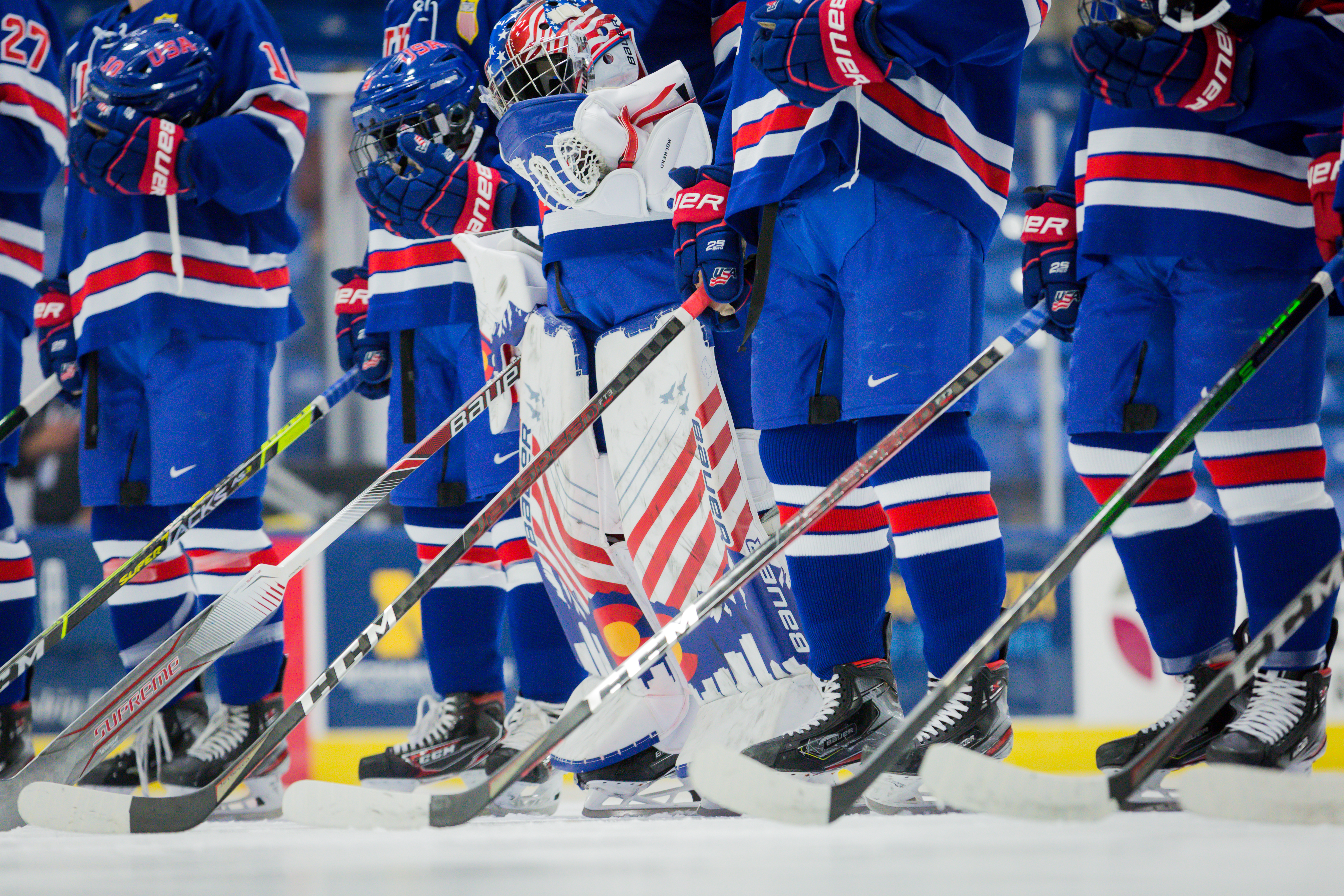 SHREVEPORT, La. – The U.S. National Under-17 Team fell 6-3 to Shreveport on Friday night in game one of the weekend series.

Team USA got the game rolling off a breakaway goal from Ryan Leonard (Amherst, Mass.) early in the opening frame. Leonard was dished a pass up center ice by Austin Burnevik (Blaine, Minn.) before causing a defensive breakdown of the Mudbugs and firing a quick wrister to the left side.

The following minutes saw two goals from Shreveport to take the lead, 2-1. Leading the way was Hayden Nichol(Brentwood, Tenn.) who found the back of the net from the left faceoff circle. Shortly after, Garrett Steele (Chelsea, Mich.) buried a one-timer off a give-and-go from line mates Timofei Khokhlachev (Moscow, Russia) and Jake Onstott(Zeeland, Mich.)

Just before the periods end, Team USA tied the game, 2-2, when Paul Fischer’s (River Forest, Ill.) shot from the left point was tipped home on the short side of goaltender Simon Bucheler (St. Laurent, QC) by Oliver Moore (Mounds View, Minn.) for his second of the season.

The second period offered numerous opportunities for Team USA to take the lead, including from the top of the offensive zone when Drew Fortescue (Pearl River, N.Y.) sent the puck just left of the netminders stick. Minutes later, Leonard found himself on another breakaway chance but was unable to net the puck.

With 11:47 to go in the period, the Mudbugs took the lead on another goal from Steele after intercepting the puck along the boards and sinking his shot from the glove side. Following much back-and-forth action, with :15 seconds left, Shreveport’s Lukas Sedlacek (Staten Island, N.Y.) tapped the puck in off a scramble in front of Team USA’s net, extending their lead 4-2

Team USA wasted no time closing in on the Mudbugs lead. Austin Burnevik (Blaine, Minn.) carried the puck into the offensive zone to find Salvatore Guzzo (Old Tappan, N.J.) with a cross ice pass. Guzzo fired a shot from near the left point that was tipped in by Gracyn Sawchyn (Chaska, Minn.) from the left of the crease, making the score 4-3.

In the final period, Shreveport secured their victory on back-to-back goals from Khokhlachev, who netted a backhand shot from in front of the crease and Steele on an empty-netter.

The two teams will complete the series Saturday night at Hirsch Memorial Coliseum at 8:00 p.m. ET.