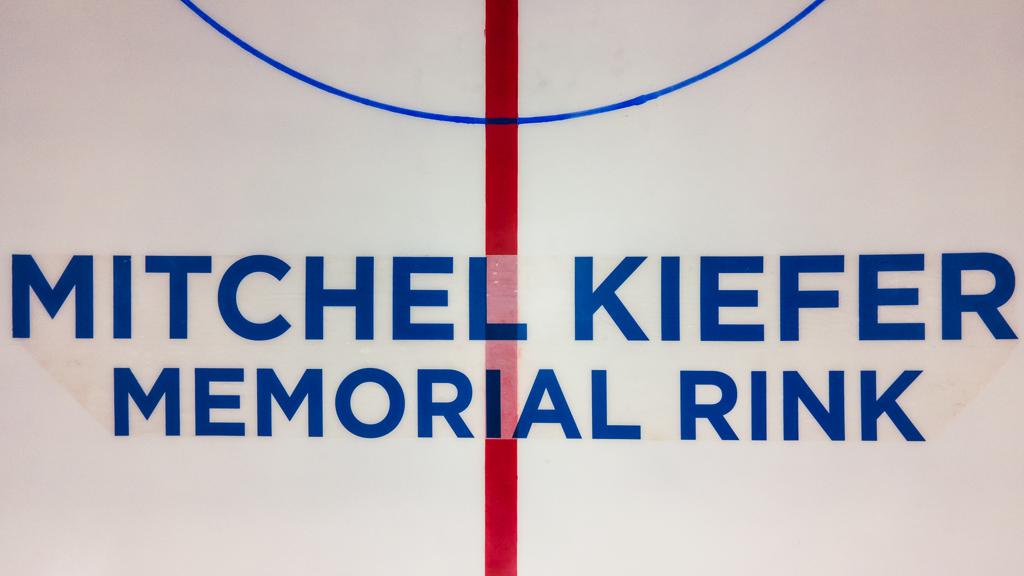 Abdelkader will be on the bench with Mike Hamilton and the Muskegon Lumberjacks while Porter will assist Adam Nightingale and Team USA’s Under-18 Team in the USHL preseason battle.

The charity game will be played at the Mitchel Kiefer Memorial Rink at USA Hockey Arena to recognize, remember and honor the fifth anniversary of Mitchel’s death due to a distracted driver. Together, both teams, with the support of Gallagher-Kaiser, Hockey has Heart and StopDistractions.org, will dedicate this game to help raise awareness in our local Michigan hockey community about the deadly consequences of distracted driving.

ABOUT ABDELKADER
Abdelkader, a Muskegon, Michigan, native, skated in 739 career NHL games over the course of 13 seasons, totaling 106 goals and 146 assists for 252 points. In 2008, Abdelkader lifted the Stanley Cup as a member of the Detroit Red Wings.

The former Red Wings forward played collegiately at Michigan State University for three seasons, where he was named alternate captain in 2008. Abdelkader scored the game-winning goal in the 2007 NCAA Men's Ice Hockey Championship with 18.9 seconds remaining in regulation to lift the Spartans over Boston College. He was named the Most Outstanding Player of the Frozen Four.

Before his time in East Lansing, Abdelkader skated for the USHL's Cedar Rapids RoughRiders during the 2004-05 season, where he registered 52 points (27g-25a) in 60 games. In the 2005 postseason, Abdelkader helped lead the RoughRiders to their first Clark Cup championship.

ABOUT PORTER
Porter, a Detroit Catholic Central graduate and current DCC assistant men’s hockey coach, returned to the Shamrocks bench for the 2015-16 season, where he coached Mitchel Kiefer for his senior year. Porter played his college hockey at Michigan State University, where he was a teammate of Nightingale for the 2002-03 season. Along with his coaching duties and job as a lawyer, Porter has worked as a scout for the USHL’s Des Moines Buccaneers (2018-19) and BCHL’s Chilliwack Chiefs (2019-present). Porter’s brother, Kevin, is an NTDP alum and former Hobey Baker winner at the University of Michigan.

Tickets for the game are priced at $12 for presale and are available now by calling the USA Hockey Arena box office at 734-453-6400 x396. Tickets sold at the door will be $15. The game will feature special guest appearances and a postgame autograph session with both teams. A portion of the night’s proceeds will support Hockey has Heart, StopDistractions.org and other organizations focused on educating local communities about the dangers of distracted driving in an effort to save lives.