Naurato Hockey will run three summer camps at USA Hockey Arena from August 2-20, focusing on player development on the ice. Camps will be held for 18U, 14U and 12U age groups. Each section will hold three on-ice sessions per week for nine total skates. For more information on the camps and registration details, click here. 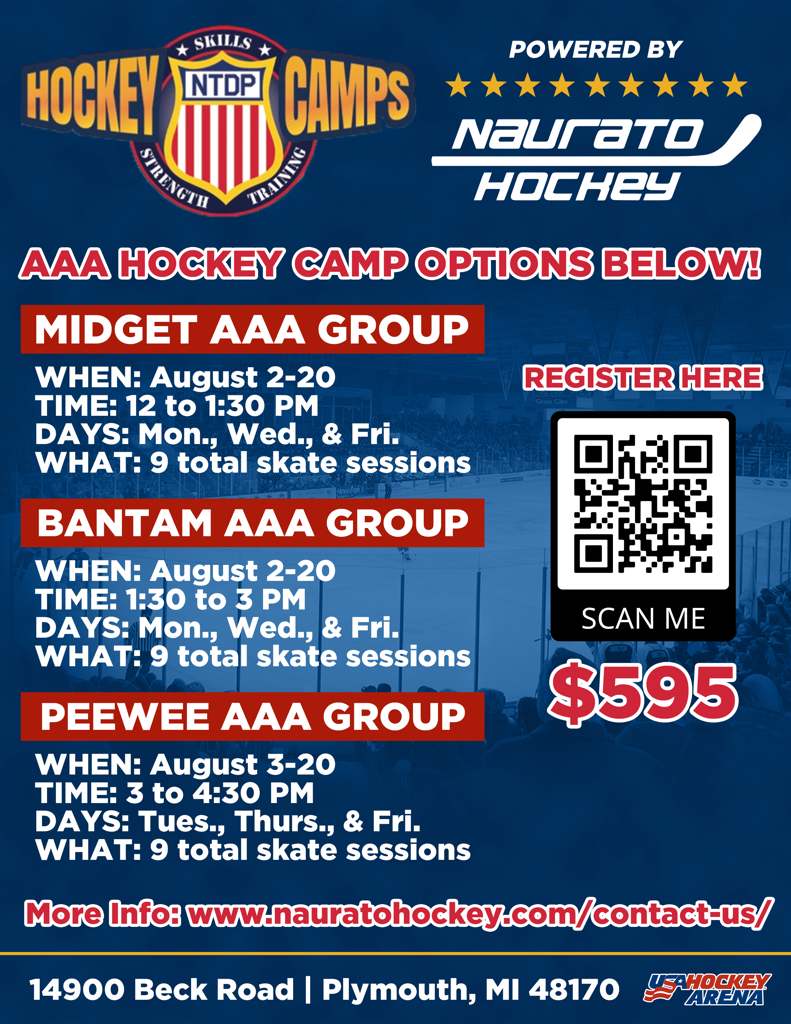 "It is an honor to partner with USA Hockey Arena and the NTDP in an effort to create the best development environment in the country," said Brandon Naurato, founder of Naurato Hockey. "It is exciting to be surrounded with such high performing people that bring a passion for development from the grassroots all the way to the NHL. These kids will be introduced to the same resources that the top players in the world have implemented into their daily routines. It is a very rewarding feeling to be a part of the process of educating and mentoring the next great American-born players."

ABOUT THE NTDP: USA Hockey’s National Team Development Program is entering its 25th season of competition and is based at USA Hockey Arena in Plymouth, Michigan. The goal of the full-time development program is to prepare student-athletes under the age of 18 for participation on U.S. National Teams and success in their future hockey careers. Its efforts focus not only on high-caliber participation on the ice but creating well-rounded individuals off the ice.

ABOUT NAURATO HOCKEY: The overall philosophy of Naurato Hockey is to create a positive environment where we can educate and develop the top athletes on the process of becoming elite at their craft. This is a chance for us to target like-minded individuals that possess the inner drive to become the best versions of themselves with the goal of making it to the National Hockey League. The on-ice curriculum is strategically designed to cover the most relevant areas of player development.