PLYMOUTH, Mich. - Twenty members of the 2020-21 U.S. National Under-18 Team and four former NTDP players were named to the National Hockey League Central Scouting's final rankings prior to the 2021 NHL Entry Draft, set to take place on July 23-24. 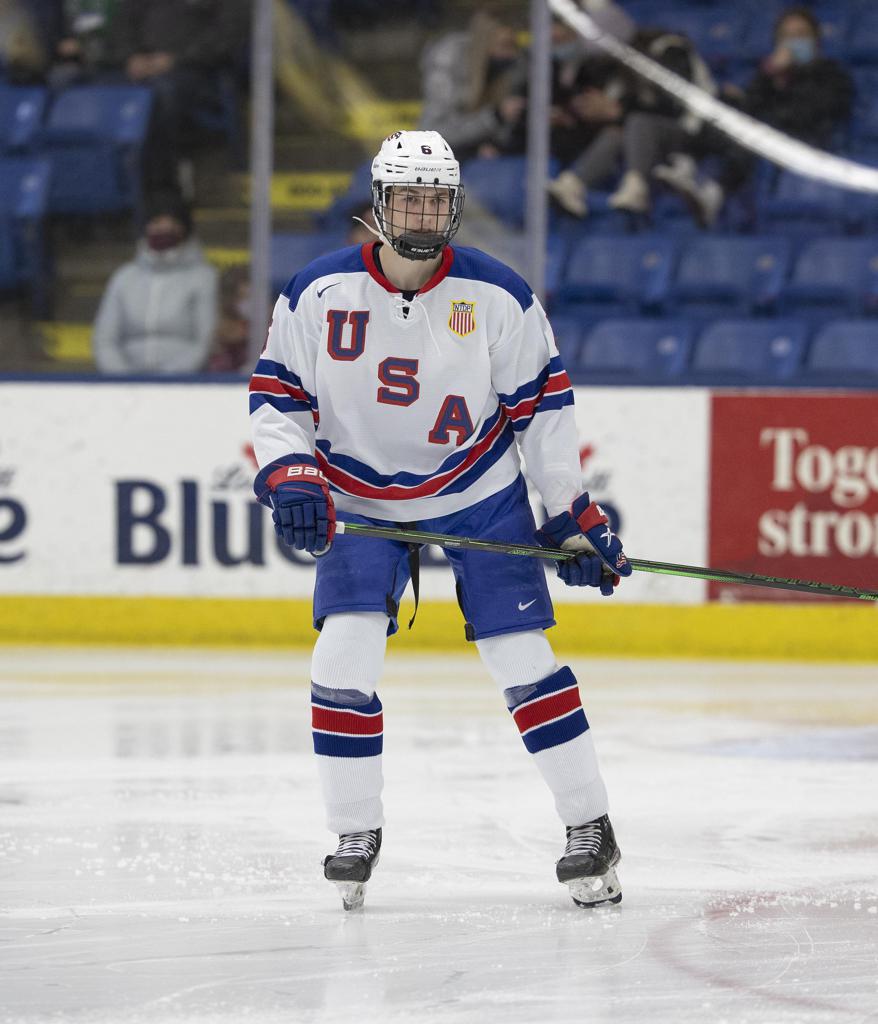 Defenseman Luke Hughes (Canton, Mich.) was the highest-rated  NTDP player as he climbed to the fourth overall ranking among North American skaters. He was followed by forwards Chaz Lucius (Grant, Minn.) at number 12 and Sasha Pastujov (Bradenton, Fla.), who finished with the 18th overall spot.

Defenseman Sean Behrens (Barrington, Ill.) came in at 24, while forward Tyler Boucher (Haddonfield, N.J.) followed one spot after at 25. Dylan Duke (Strongsville, Ohio) was credited with the 29th overall ranking for North American skaters, giving the NTDP six current skaters with a Round 1 grade for the draft.

In addition to the current members, Matthew Beniers (Hingham, Mass./NTDP 2018-20) finished at number six overall after his freshman season at the University of Michigan saw the center produce 24 points (10-14-24) in 24 games played for the Wolverines. Beniers is a first-time eligible draftee and gives the NTDP seven skaters among the top-30.

Aidan Hreschuk (Long Beach, Calif.) kicked off players in the Round 2 level of rankings, as he was spotted at 42nd. Following the California-born defenseman was Ty Gallagher (Clarkston, Mich.) at 53, Red Savage (Scottsdale, Ariz.) at 54 and Roman Schmidt (Midland, Mich.) at 58th overall.

The NTDP had four skaters ranked as Round 4 selections with Andre Gasseau (Garden Grove, Calif.) at 116 and then three in a span of four spots. Ryan St. Louis (Riverside, Conn.) came in at 125 with Liam Gilmartin (Falls Church, Va.) right behind at 126. Justin Janicke (Maple Grove, Minn.) finished the run by being ranked as the 128th North American skater.

Between the crease, current U18 goaltender Kaidan Mbereko (Aspen, Colo.) was ranked the 20th best goaltender while Cameron Rowe (Wilmette, Ill./NTDP 2017-19) finished with the 13th ranking.

Current Under-18 forwards Jack Devine (Glencoe, Ill.) and Jack Hughes (Westwood, Mass.) and goaltender Gibson Homer (Grand Rapids, Mich.) are not age-eligible for this year's draft and will enter the selection process for the 2022 NHL Draft.

Overall, 24 NTDP players and alums found their names on the final NHL Central Scouting listing. The 2021 draft will be held virtually, with the first round July 23 and Rounds 2-7 on July 24. The NHL Draft Lottery to determine the first 15 picks in the draft will be held June 2.