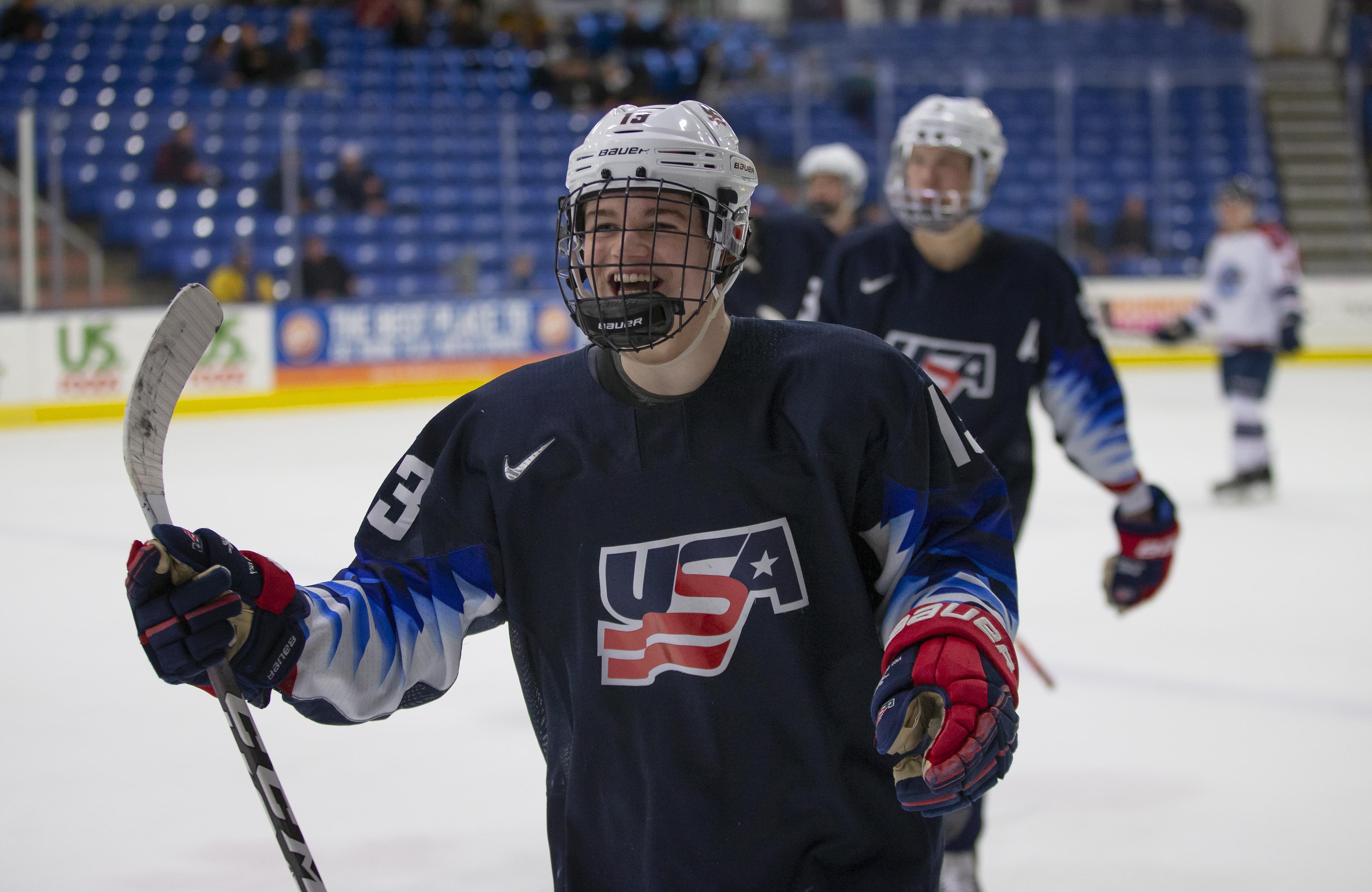 Known as a prolific scorer, Caufield soared to the top of the national scoring charts, leading the nation in total points, producing 30 goals and 22 assists for 52 points in 31 games. Additionally, he led the nation in a multitude of key offensive categories: most goals, averaging almost a goal per game; most power play points (24); most power play goals (11); most shots on goal (165); most shots per game (average 5.3 shots per game); and averaging 1.68 points per game.

In the eight-year history of the Big Ten hockey conference, Caufield became the first player to win back-to-back scoring titles and was honored as the Big Ten’s Player of the Year and First Team all-conference. The sophomore forward from Stevens Point, Wisconsin finished his Badger career with a flurry, recording 15 multiple point games in his final 18 contests. Even in Wisconsin’s 6-3 loss to Bemidji in the opening game of the recent Bridgeport NCAA Regional, Cole chipped in with two goals and an assist while pounding out 13 shots on goal.

Caufield’s great hands and excellent shot are complemented by his innate ability to find open ice to set himself up for quality scoring chances. He was a first-round draft choice (15th overall in 2019) of the Montreal Canadiens and recently signed a pro contract with Montreal. Caufield reported to their American Hockey League affiliate, Laval Rocket, and played his first professional game the same night he was announced as the 41st recipient of the Hobey Baker Award.

Caufield becomes the second Wisconsin Badger to win the Hobey after Blake Geoffrion in 2010. Caufield played for Team USA for each of the past two World Junior championships and helped them to a gold medal in 2021. He has also represented his county in an additional six international tournaments, including tying Alexander Ovechkin's tournament goal-scoring record of 14 goals at the 2019 IIHF Under-18 World Championship in Sweden. As a two-year member of the U.S. National Team Development Program, he shattered goal-scoring records for single-season (Auston Matthews - 55) and career goals (Phil Kessel - 104) with 72 and 126, respectively. Cole has an older brother Brock who also plays for the Wisconsin Badgers.