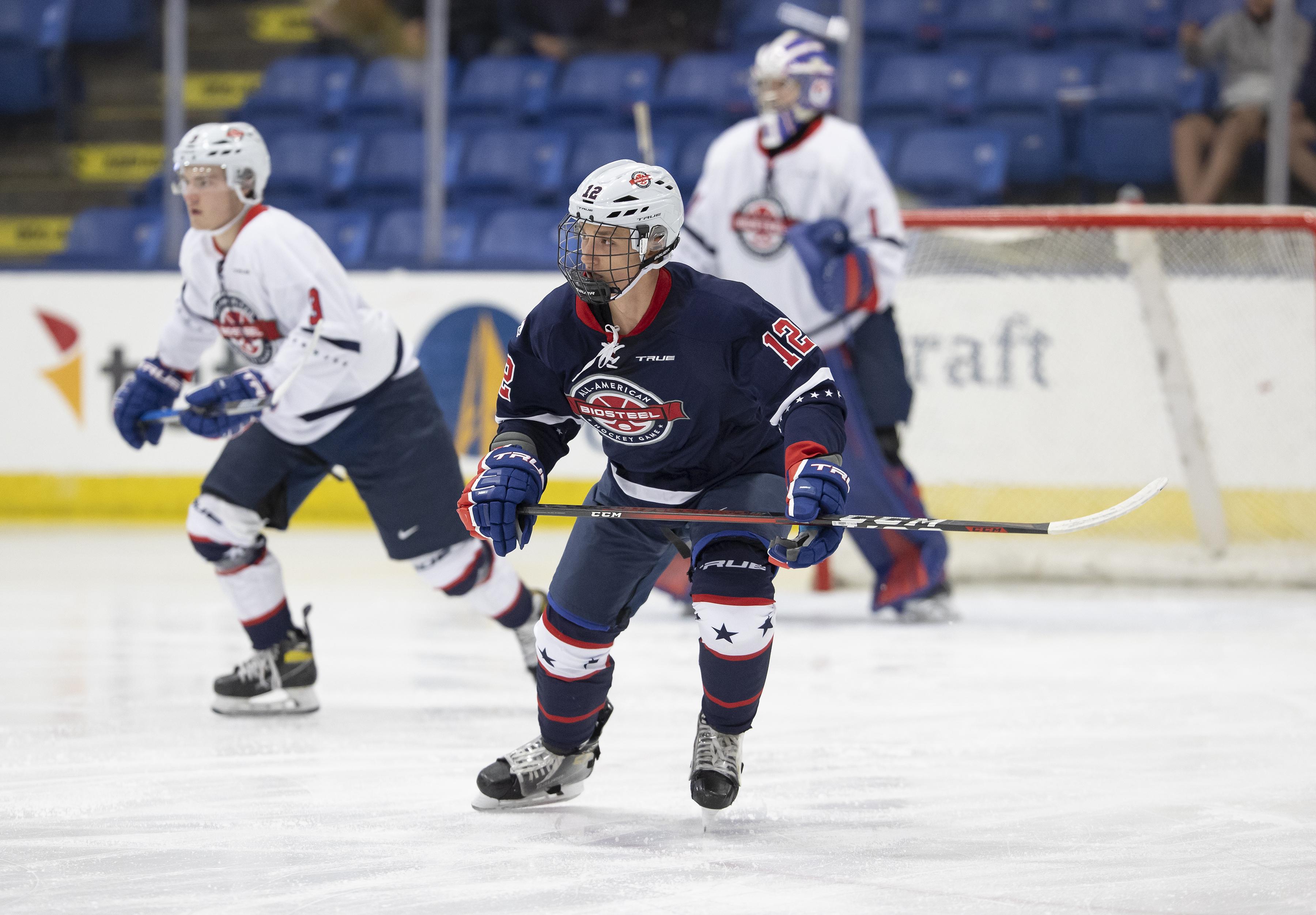 Seven minutes later, Jack Devine (Glencoe, Ill./U.S National Under-18 Team) gave Team Blue a 2-0 advantage when he backhanded the puck past Remington Keopple (Hudson, Wis./Des Moines Buccaneers) from in front of the crease.

Continuing Team Blue's offensive stretch, Roman Schmidt (Midland, Mich./U.S National Under-18 Team) took a shot from the point and Pastujov banked the rebound off the post and then leg of Keopple and into the net.

Team White’s Hank Kempf (Chicago, Ill./Muskegon Lumberjacks) saw a number of opportunities at the start of the second frame, including a hard-driven shot on goal just 3:20 into the period. With 9:21 left in the frame, Colin Purcell (Shaker Heights, Ohio/Youngstown Phantoms) took over in net for Team White. Keopple finished with 11 saves on 14 shots.

In the closing minutes of the period, Rutger McGroarty (Lincoln, Neb./U.S. National Under-17 Team) went top shelf from the right faceoff circle, making it 4-0 for Team Blue.