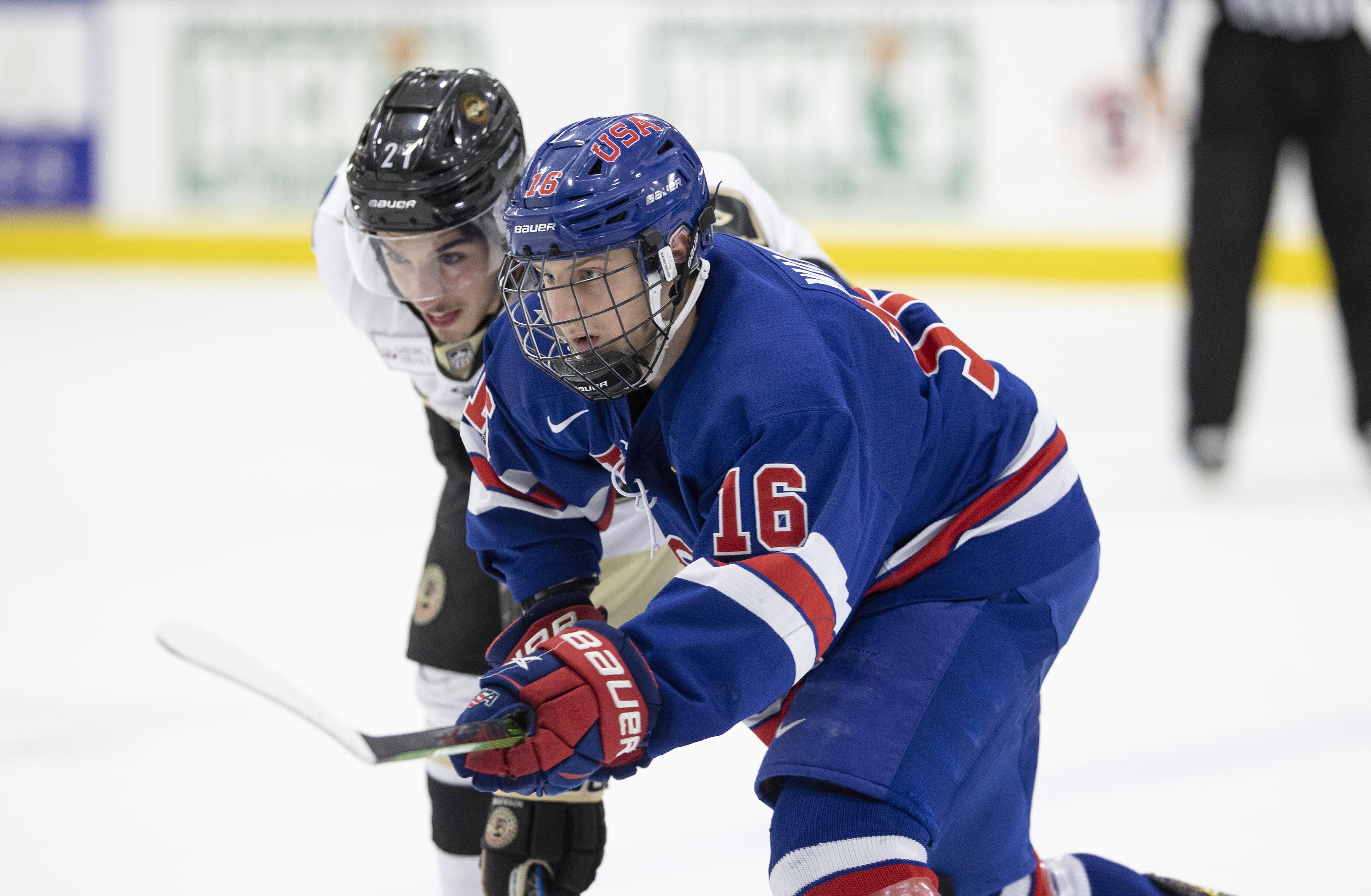 PLYMOUTH, Mich. - The U.S. National Under-18 Team scored twice in the third period and applied sustained pressure in a late 6-on-5, but could not net the tying goal in a 4-3 defeat at the hands of the Muskegon Lumberjacks Saturday night at USA Hockey Arena.

After Muskegon opened the scoring just past the midway mark of the opening frame, Red Savage (Scottsdale, Ariz.) evened the score with a chip shot in front of the net. Liam Gilmartin (Falls Church, Va.) steadied a loose puck on the left wing and centered a feed for Savage to collect his 16th of the season.

The 1-1 score remained into the second period, but the Lumberjacks scored the next pair courtesy of Jack Williams and Danil Gushchin to take a 3-1 lead after 40 minutes.

Dylan Wendt scored first in the third period for the Lumberjacks, but Gilmartin answered to bring it back to a two-goal game at the 4:00 mark. Jeremy Wilmer (Rockville Centre, N.Y.) won a puck battle below the net and found a way to push it to Gilmartin in the right circle, who rifled his shot for his 11th goal and a multi-point night.

Defenseman Ty Gallagher (Clarkston, Mich.) used the help of a 'Jacks defenseman to bring Team USA within a score at 9:30. Aidan Hreschuk (Long Beach, Calif.) sent a D-to-D pass to Gallagher at the blue line, where he took a stride in and put a wrister on net. The puck glanced off Muskegon defenseman Alex Gagne and up and over the shoulder of Nathan Reid to make it a 4-3 contest with time to play.

Despite late pressure after pulling their goaltender, the U18s could not light the lamp to push the game to extra time.

The game was the U18s' final of the USHL season. They hit the ice next Wednesday evening for the Biosteel All-American Game, broadcast live from USA Hockey Arena at 8 p.m. ET on NHL Network. The Under-17 Team will clean up Team USA's home slate as they host the Green Bay Gamblers for a pair of games next Friday and Saturday nights. Tickets for any of those three games can be purchased at USAHockeyNTDP.com/tix or by calling the USA Hockey Arena box office at 734-453-6400.