U18s Fight Back to Earn Point in Green Bay 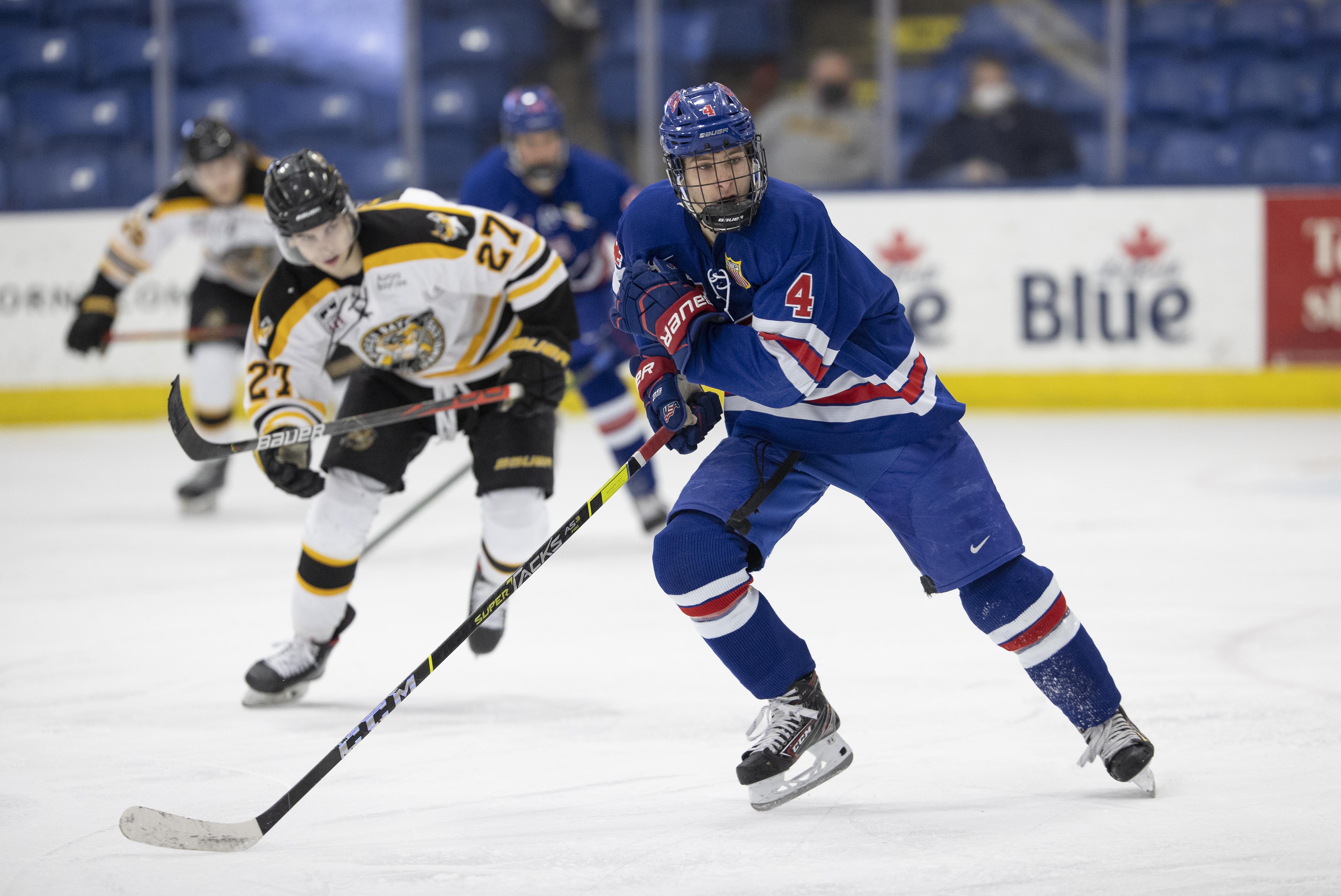 GREEN BAY, Wis. - The U.S. National Under-18 Team scored three third-period goals to charge back and earn a point, but fell to the Gamblers by a 6-5 final in the shootout Friday night at Resch Center.

The Gamblers jumped out to a 1-0 lead after 20 minutes, then extended the lead to 3-0 before Team USA got on the board.

Dylan Duke (Strongsville, Ohio) cut into the deficit with a power-play goal just shy of the midway mark of the game. Sean Behrens (Barrington, Ill.) fed a cross-ice feed for a Sasha Pastujov (Bradenton, Fla.) one-timer that was stopped, but Duke was sitting on the doorstep for his 21st score of the season.

The Gamblers' Victor Mancini made it a three-goal game again, but Justin Janicke (Maple Grove, Minn.) scored with six seconds to play in the middle frame to make it 4-2 into the second intermission. Red Savage (Scottsdale, Ariz.) chased down a loose puck along the right wing, spun and centered a feed for Janicke in the slot, where he ripped a wrister into the back of the net. Ty Gallagher (Clarkston, Mich.) picked up a helper on Team USA's second of the night.

Roman Schmidt (Midland, Mich.) made it a one-goal contest when he connected on a wrist-shot just 17 seconds into the final period. Liam Gilmartin (Falls Church, Va.) set the defenseman up while Janicke made it a multi-point night with the secondary helper.

Green Bay's Mason Lohrei netted his second of the night less than a minute later to push the score to 5-3.

The U18s came charging back to tie the game before the end of regulation and earn a point. Chaz Lucius (Grant, Minn.) netted a slick wrist-shot from the slot to make it 5-4 at 9:53 of the third. Jeremy Wilmer (Rockville Centre, N.Y.) set up Lucius' fourth score in three games.

Duke tied the game with 86 seconds on his second of the night with another rebound opportunity in front. Pastujov took the first shot from the right circle and Duke potted the rebound to push the game to an extra session.

Neither team scored in overtime and Green Bay took the shootout by a 2-1 final. Luke Hughes (Canton, Mich.) converted on his opportunity for the lone Team USA goal, but Green Bay pushed across two over eight rounds.

The two teams square off again for the rematch tomorrow night. Puck drop is slated for 8:00 p.m. ET from Resch Center in Green Bay.