Team USA Back in Action in Five-Game Weekend 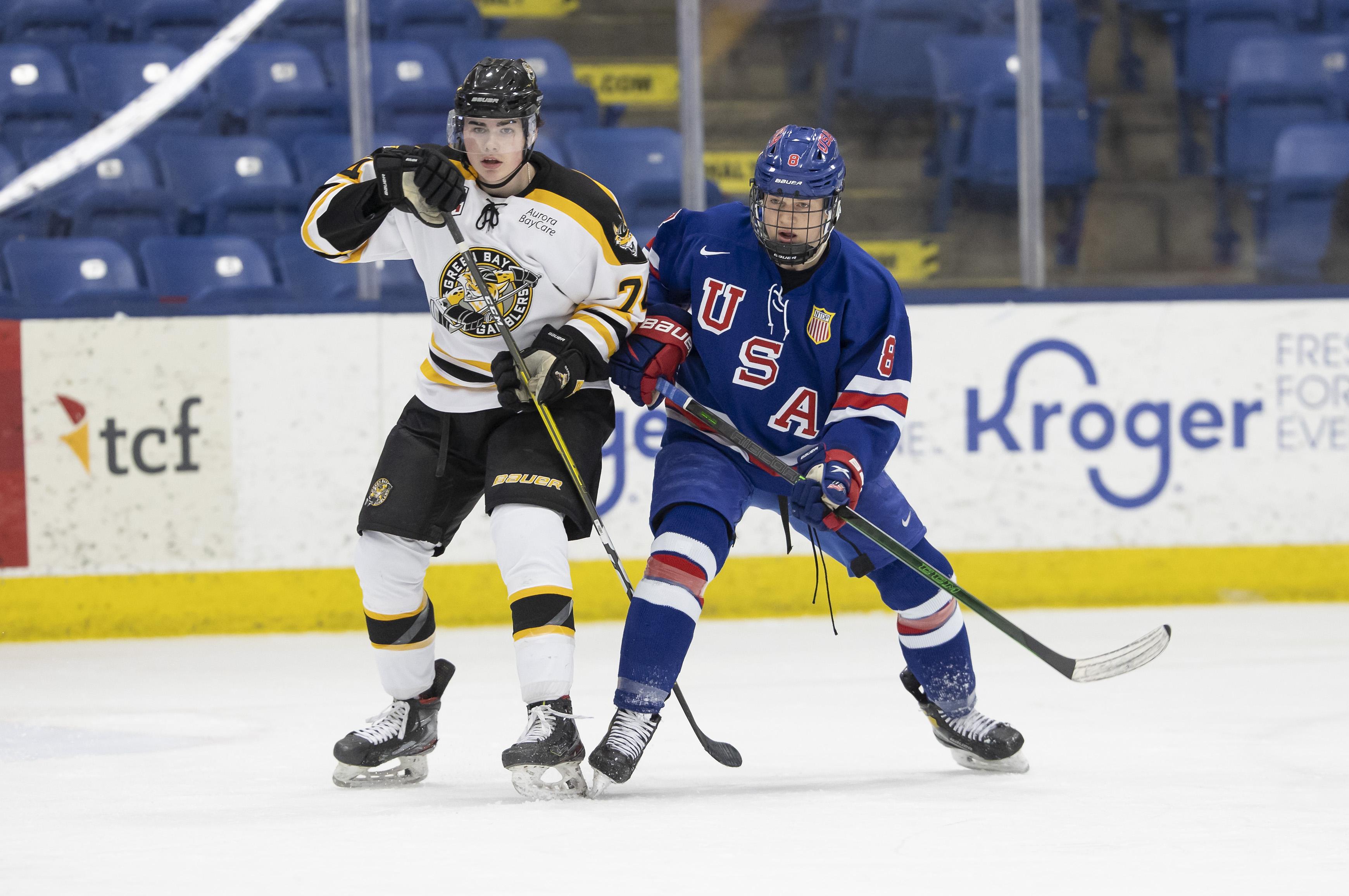 USA Hockey’s National Team Development Program enters the weekend with a combined 43-18-1-2-0 (W-L-OTL-SOL-T) record following a five-game weekend. The U18s hosted three USHL contests at USA Hockey Arena last weekend, going two-for-three in the stretch. The U18s downed the Chicago Steel, 5-4, last Friday led by a pair of goals from Chaz Lucius (Grant, Minn.) in his return to the ice. The team then fell to the Green Bay Gamblers, 3-2, in the first game of the series between the two teams, before bouncing back with a 4-1 win.

The U17s fell in a pair of overtime games to the Muskegon Lumberjacks and the Chicago Steel. Cruz Lucius (Grant, Minn.) netted a goal and an assist in the U17s' loss to Muskegon, and Isaac Howard dished out a pair of assists in the team's 4-3 overtime loss to Chicago.

While the U18s are on the road against USHL teams, the U.S. Under-17 Team hosts the prep squad from Shattuck-St. Mary's in a Friday-Saturday series at USA Hockey Arena. Both games begin at 7 p.m ET and tickets can be purchased by visiting USAHockeyNTDP.com/tix or by calling 734-453-6400 x396.