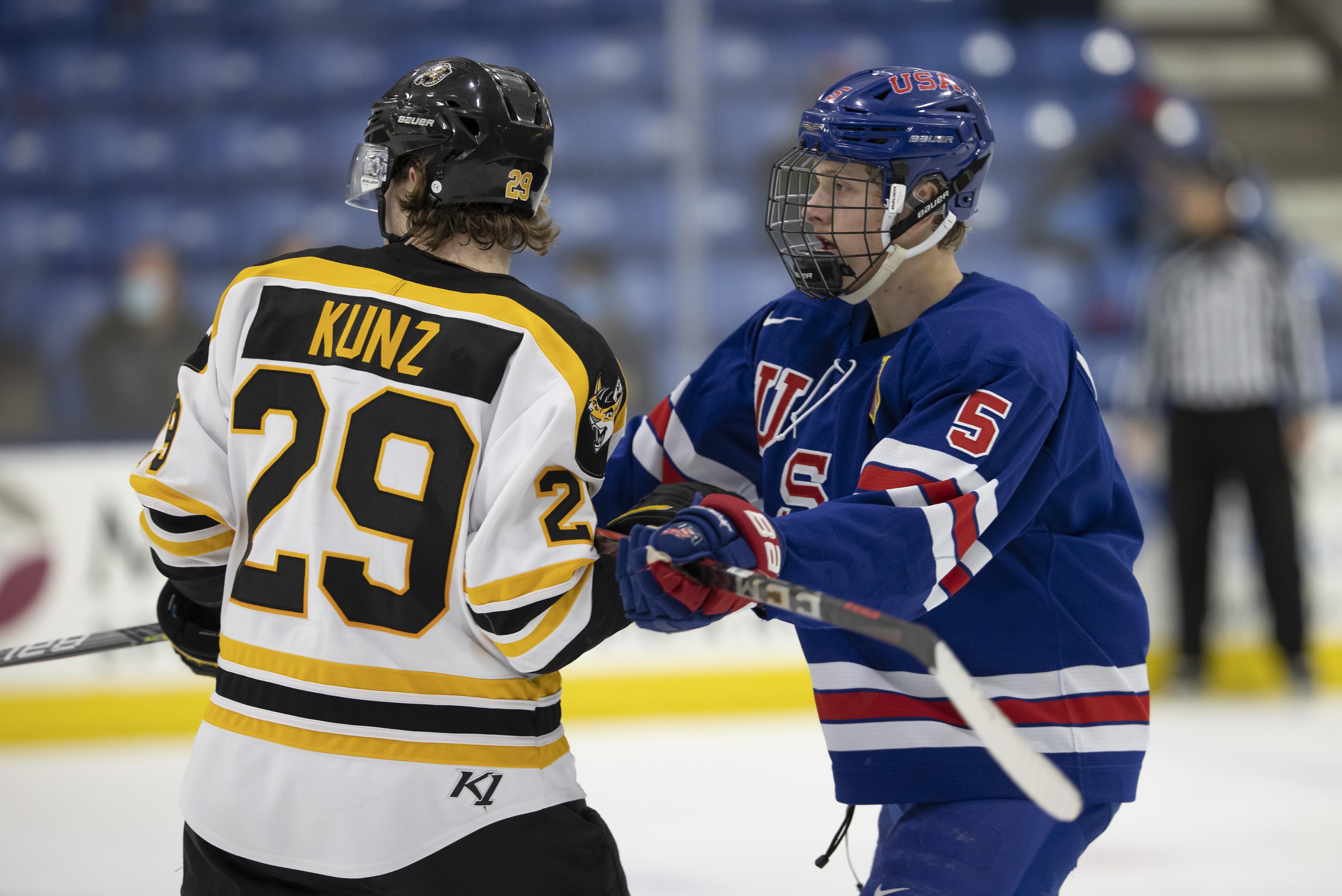 PLYMOUTH, Mich. - The U.S. National Under-18 Team outshot Green Bay 34-24, but couldn't complete the comeback as they fell 3-2 to the Gamblers Sunday afternoon at USA Hockey Arena.

Green Bay jumped out to a 2-0 lead, but Chaz Lucius (Grant, Minn.) got Team USA back to within a goal before the end of the first period. Jacob Martin (Eagle River, Wis.) fed Ryan St. Louis (Riverside, Conn.) darting down the left side and the Northeastern University commit fed a back-door pass for Lucius' third goal in two games since returning to the lineup.

Defenseman Sean Behrens (Barrington, Ill.) evened up the score at 2-2 with a knuckleball of a shot from just outside the crease midway through the middle frame. Jack Hughes (Westwood, Mass.) fed him with a pass from the left wing while Dylan Duke (Strongsville, Ohio) collected a helper on the goal.

The Gamblers' Jake Schmaltz gave Green Bay a 3-2 lead after 40 minutes of play.

Team USA managed 15 shots over the final 20 minutes, and 28 over the last two periods, but could not beat Matthew Davis to push the game to overtime.

Kaidan Mbereko (Aspen, Colo.) turned aside 21 shots in defeat for the U18s.

The two sides get back after it tomorrow evening for game two of the series. Puck drop is slated for 7:00 p.m. from USA Hockey Arena. Tickets to the game are available at USAHockeyNTDP.com/tix.