U18s Kick Off Weekend With 5-4 Win Over Chicago

Chaz Lucius scores a pair in first game of season 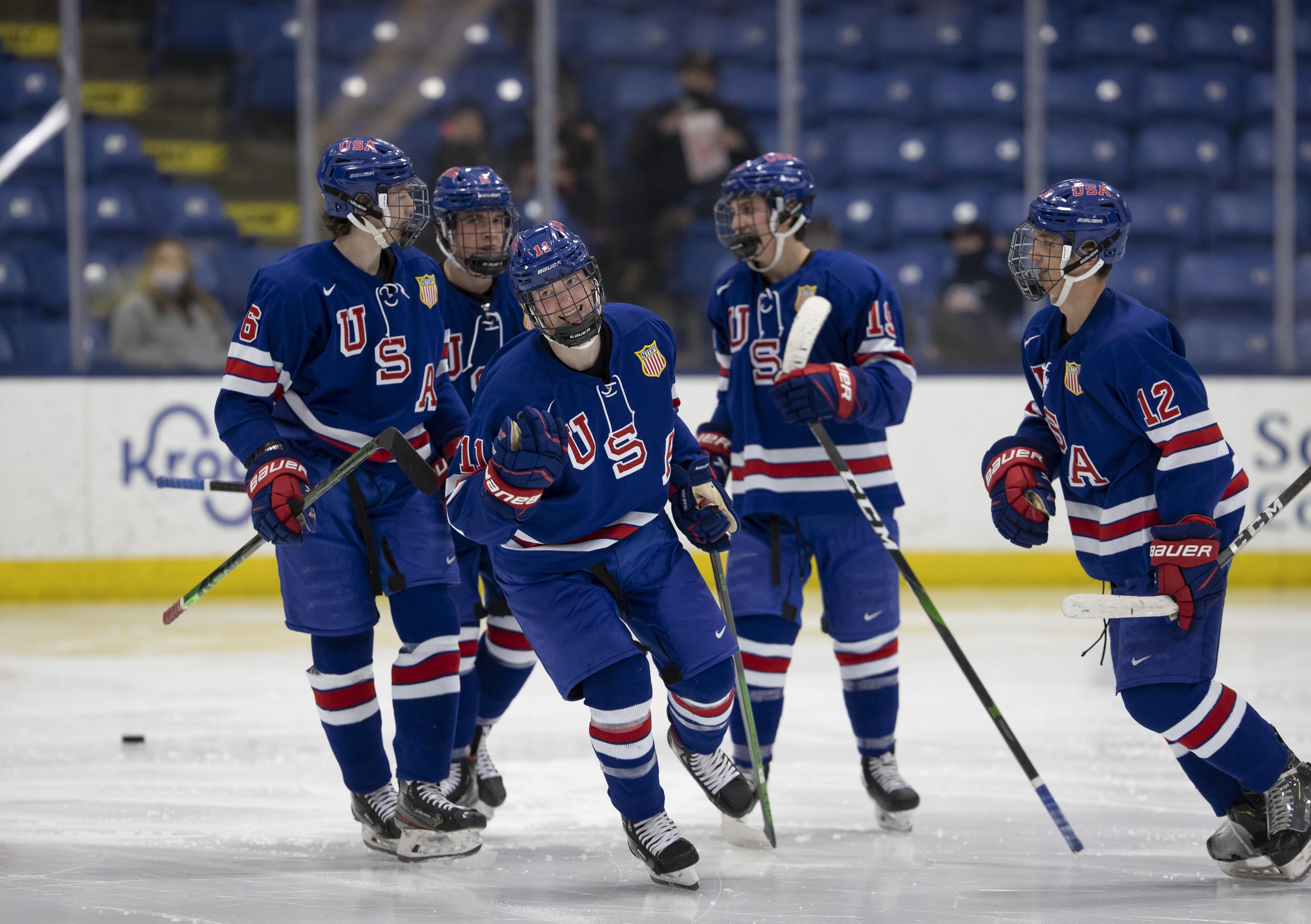 After Chicago's Dawson Pasternak put the Steel ahead early, Team USA defenseman Ty Gallagher (Clarkston, Mich.) evened the score with a wrist-shot from the right point. Sasha Pastujov (Bradenton, Fla.) dug a puck out deep in the offensive zone and slide it back to Ty Murchison (Corona, Calif.) at the left point. Gallagher ripped his shot after a D-to-D pass to tie the game at 12:16 of the first.

Lucius connected on his first of the game to give the U18s a lead just 79 seconds after Gallagher tied it. After an aggressive forecheck to cause a turnover, Lucius picked up the loose puck and lofted a picture perfect wrister over the shoulder of Simon Latkoczy to give Team USA a 2-1 lead. Jeremy Wilmer (Rockville Centre, N.Y.) collected a helper on the score.

Lucius doubled the U18s' lead just 18 seconds into the middle frame. Team USA put on a clinic in the offensive zone and Lucius potted the team's third shot on net when he cleaned up a rebound chance from Pastujov's initial shot. Sean Behrens (Barrington, Ill.) found Pastujov to pick up the secondary assist.

U17 call-up Isaac Howard (Hudson, Wisc.) converted on the power play to extend the lead to 4-1 midway through the second. Jack Hughes (Westwood, Mass.) took a pass from Aidan Hreschuk (Long Beach, Calif.) and found Howard in the slot where he one-timed his shot for his 25th marker of the season.

Matt Coronato, the USHL's leading goal scorer, got a goal back for Chicago, but Ryan St. Louis (Riverside, Conn.) restored the three-goal advantage before the close of the second. Pastujov took the first shot after a Steel defensive-zone turnover and St. Louis cleaned up the rebound for his 12th score of the year.

Chicago added two goals in the back half of the third period for the 5-4 final, but the U18s held on for its first win over the Steel this season.

Gibson Homer (Grand Rapids, Mich.) made 20 saves to pick up his 15th win of the season.

The U18s get tomorrow off before hosting the Green Bay Gamblers for a pair of games at USA Hockey Arena on Sunday afternoon (3pm) and Monday evening (7pm). Tickets for any weekend game, or future Team USA home game, are available at USAHockeyNTDP.com/tix.