Pastujov nets a pair in his return to game action 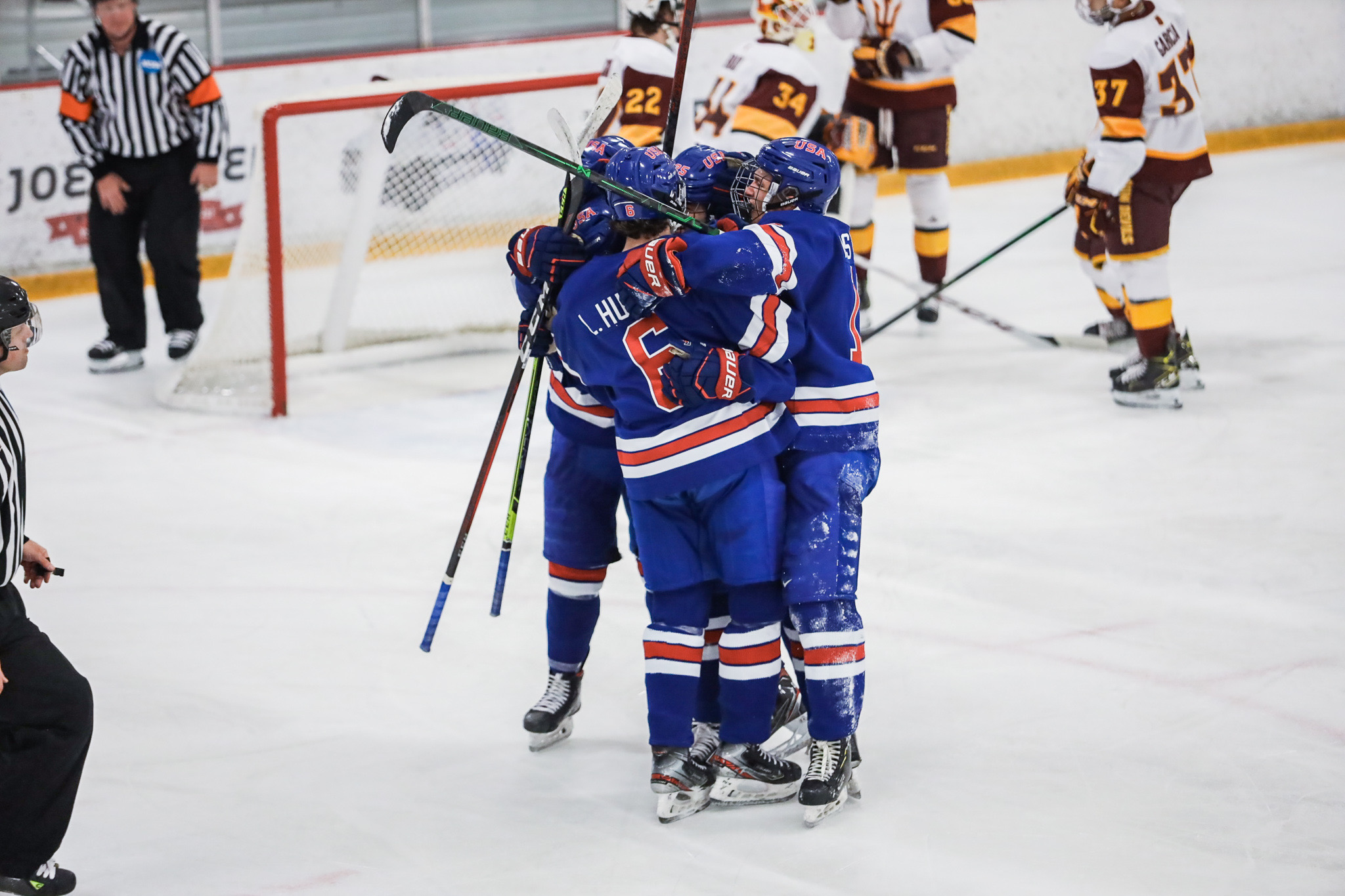 In what has become a theme of late, Dylan Duke (Strongsville, Ohio) got Team USA on the board just 63 seconds into the game. Duke put home a rebound after Hughes took the initial shot that was saved.

Michael Mancinelli tied the game at 5:29 of the first period as he was set up by NTDP alum James Sanchez.

Pastujov, making his return to the lineup after missing the previous seven games, picked up right where he left off as he potted his 17th of the season with a sharp-angled shot from the right wing. Jack Hughes (Westwood, Mass.) and Aidan Hreschuk (Long Beach, Calif.) picked up helpers on the score.

The Sun Devils connected on the next pair of goals to take a 3-2 lead, one courtesy of NTDP alum Sean Dhooghe.

With less than three minutes remaining in the opening frame, defenseman Jacob Martin (Eagle River, Wis.) blasted a one-timer during 4-on-4 play to tie the game at 3-3 after one period. Justin Janicke (Maple Grove, Minn.) and Duke got helpers on Team USA's third goal of the period.

Jack Hughes scored at 8:53 of the second with a put-back attempt on the power play. The first shot came from Pastujov at the right faceoff circle and Hughes was stopped first before putting in his own rebound for a 4-3 Team USA lead. Luke Hughes picked up his second point of the night with an assist.

Liam Gilmartin (Falls Church, Va.) continued his tremendous recent play as he netted his fifth goal in his last five games to give the U18s a 5-3 lead after two periods. Caden Brown (St. Louis, Mo.) and Thomas Weis (Madison, Wis.), making his NTDP debut, set up the goal.

Pastujov scored again on the power play at 7:28 of the final period, set up from Sean Behrens (Barrington, Ill.)  and Luke Hughes' third helper of the game.

Team USA received fantastic goaltending from Gibson Homer (Grand Rapids, Mich.), who turned down 21 Sun Devils shots, including a few grade-A opportunities. One of Homer's best came late in the second when he robbed Matthew Kopperud, the NCAA's second leading goal scorer, with a highlight-reel glove save. Homer ran his record to 14-4-0 on the season.

The two sides will get to do it all over again tomorrow night. Puck drop is set for 9:00 p.m. ET from Tempe.