Duke, Gasseau and Janicke net a pair of goals each 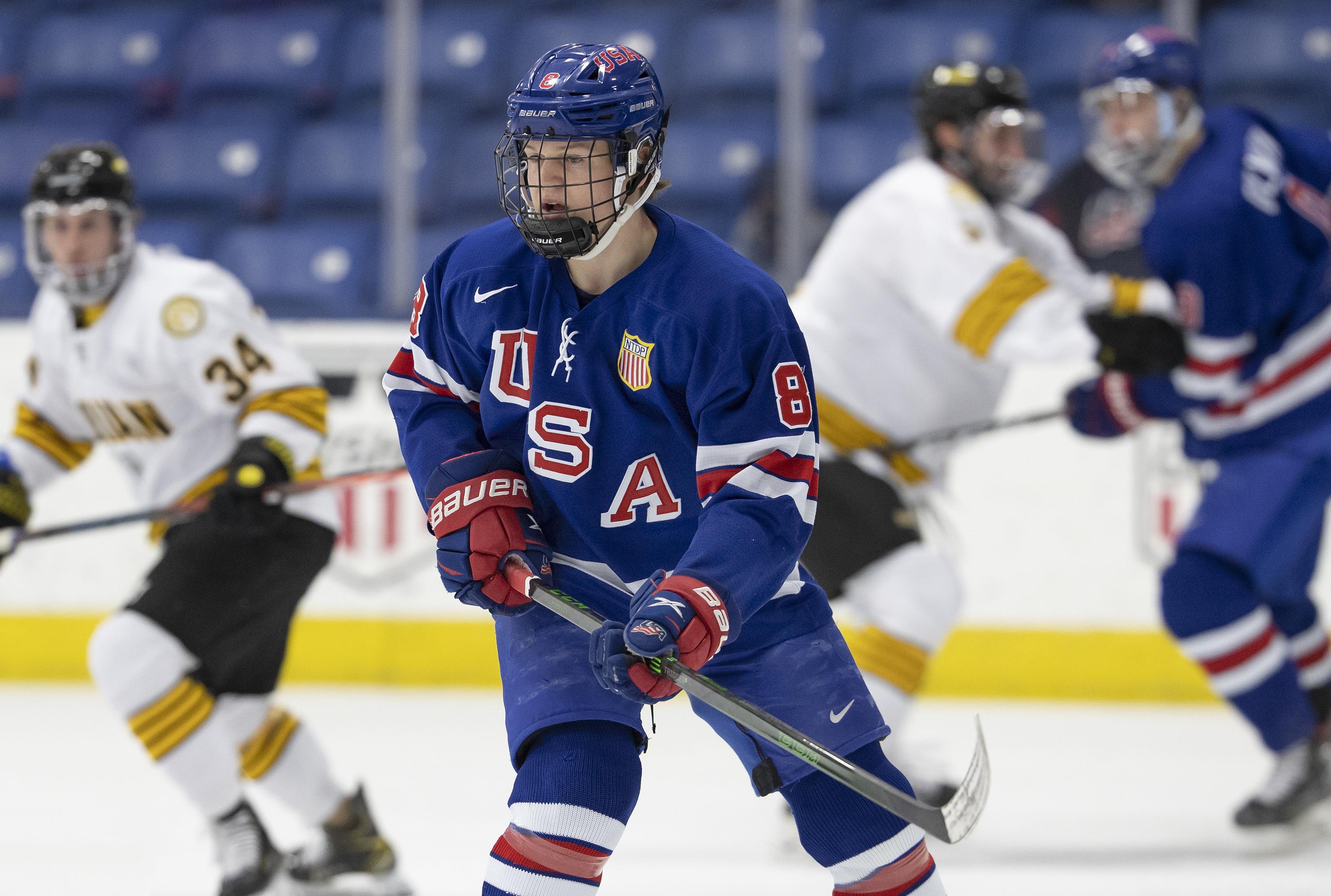 Team USA got on the board courtesy of a Liam Gilmartin (Falls Church, Va.) power-play goal just more than three minutes into the game. Ryan St. Louis (Riverside, Conn.) sent a pass cross-ice through the defense to Ty Gallagher (Clarkston, Mich.). The defenseman put a puck on net that Gilmartin tipped in for a 1-0 lead on his fifth score of the season.

Duke scored for the seventh consecutive game to double the U18s advantage midway through the first. The University of Michigan commit netted a rebound attempt in front of the net after the original shot from Jacob Martin (Eagle River, Wis.) was stopped. Jack Hughes (Westwood, Mass.) fed Martin and picked up the second assist.

Hughes added his sixth of the season to make it 3-0 game before the close of the first period. He took a feed from Aidan Hreschuk (Long Beach, Calif.) on the power play and ripped his wrist-shot by the Bulldogs goaltender from the left circle. St. Louis made it a multi-point game with an assist on the man advantage score.

Team USA doubled their lead in the middle frame with another trio, two off the stick of Gasseau. First, he received a pass from Gilmartin below the net and fired a quick shot for the 4-0 lead. Ethan Straky (Ormond Beach, Fla.) collected an assist on the goal.

Janicke and Gasseau added goals in the final minute of the period. While shorthanded, Gasseau won a race to the puck behind the Adrian cage and centered a feed to Janicke for his eighth tally of the year.

Gasseau added his second of the period with less than five seconds remaining to push the lead to 6-0 after 40 minutes.

The U18s poured it on in the third period with five more goals. Duke and Janicke grabbed their second markers of the game, while Ty Gallagher (Clarkston, Mich.) Jeremy Wilmer (Rockville Centre, N.Y.) and Ty Murchison (Corona, Calif.) inserted their names into the goal column.

Goaltender Gibson Homer (Grand Rapids, Mich.) went the distance for Team USA as he ran his record to 12-3-0 on the season. Homer kept the Bulldogs off the scoresheet until the third period, when his consecutive shutout streak ended at 145:21, spanning parts of four games.

The U18s continue their Kroger College Series Tuesday evening when they travel to Indiana to take on the Trine University Thunder. The team is 9-1-0 against NCAA competition this season.