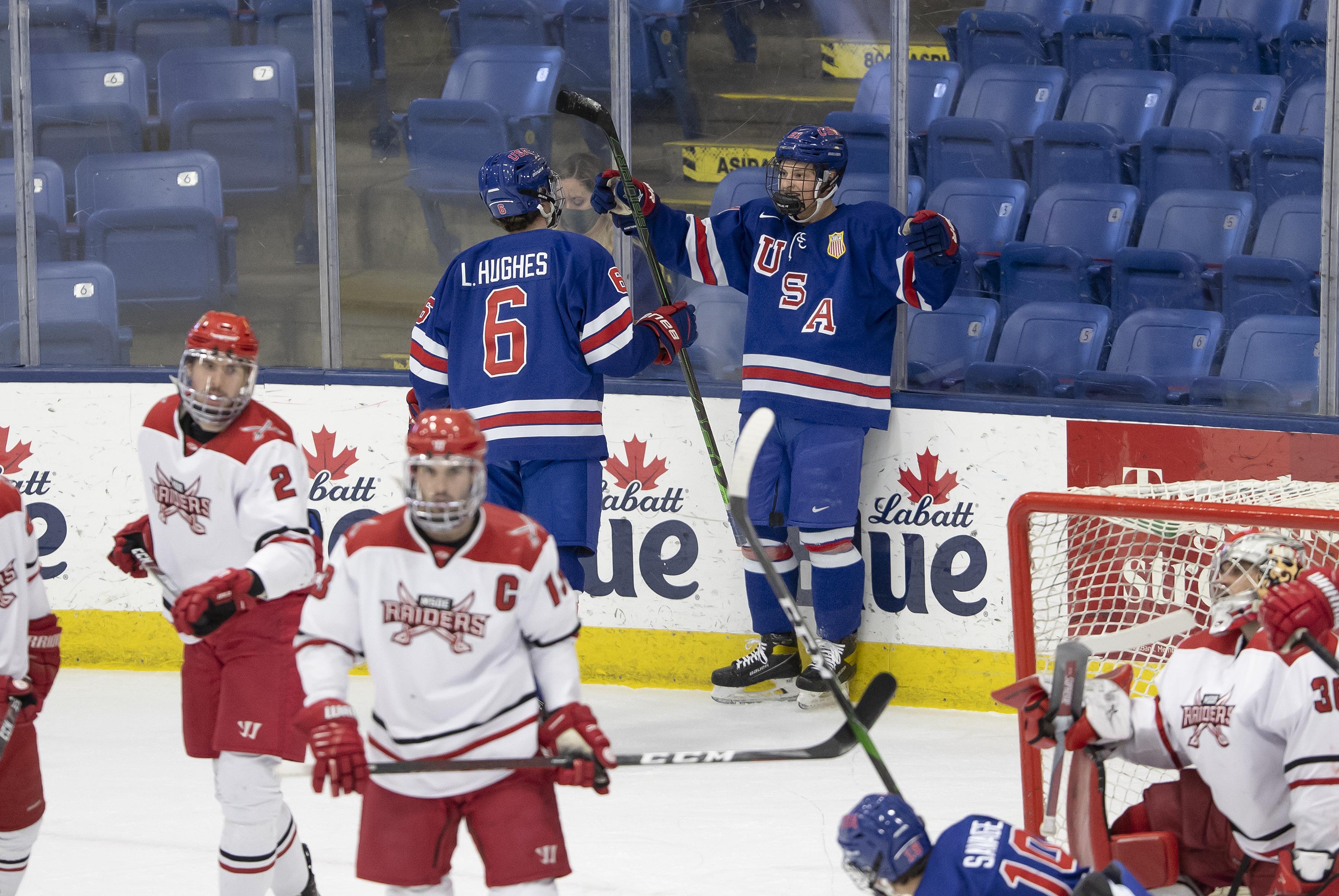 The  U18s scored twice in the opening period to take a 2-0 lead into the first break. Dylan Duke (Strongsville, Ohio) registered Team USA's first goal of the game for the fourth time in their last six contests as he tipped in a slap-shot from Finnegan Kilbride (Ann Arbor, Mich.) at 8:15.  Jeremy Wilmer (Rockville Centre, N.Y.) picked up his first point of the night with an assist.

Caden Brown (St. Louis, Mo.) found a rebound in the crease and managed to get it past the Raiders goaltender to double the lead less than three minutes later. Luke Hughes (Canton, Mich.), who took the original shot, and Wilmer were both credited with assists on the second goal.

Ty Gallagher (Clarkston, Mich) scored off a tic-tac-toe feed from Aidan Hreschuk (Long Beach, Calif.) and Ryan St. Louis (Riverside, Conn.) on the power play to give Team USA a four-goal lead midway through the third. The score was Gallagher's third on the man advantage in the past six games.

Ty Murchison (Corona, Calif.) scored the team's final goal of the game with a wrister from the slot, set up from Wilmer late in the game.

Homer picked up his first shutout of the season as he stopped all 13 shots from the Raiders. The goaltender's scoreless streak now sits at 101:13 as he pushed his record to 11-3-0 on the year.

Newcomers McGroarty and Kilbride each picked up their first NTDP point of the season in tonight’s contest.

The U18s pick up their Kroger College Series Sunday afternoon against Adrian College. Puck drop is slated for 2:00 p.m. from Arrington Ice Arena.