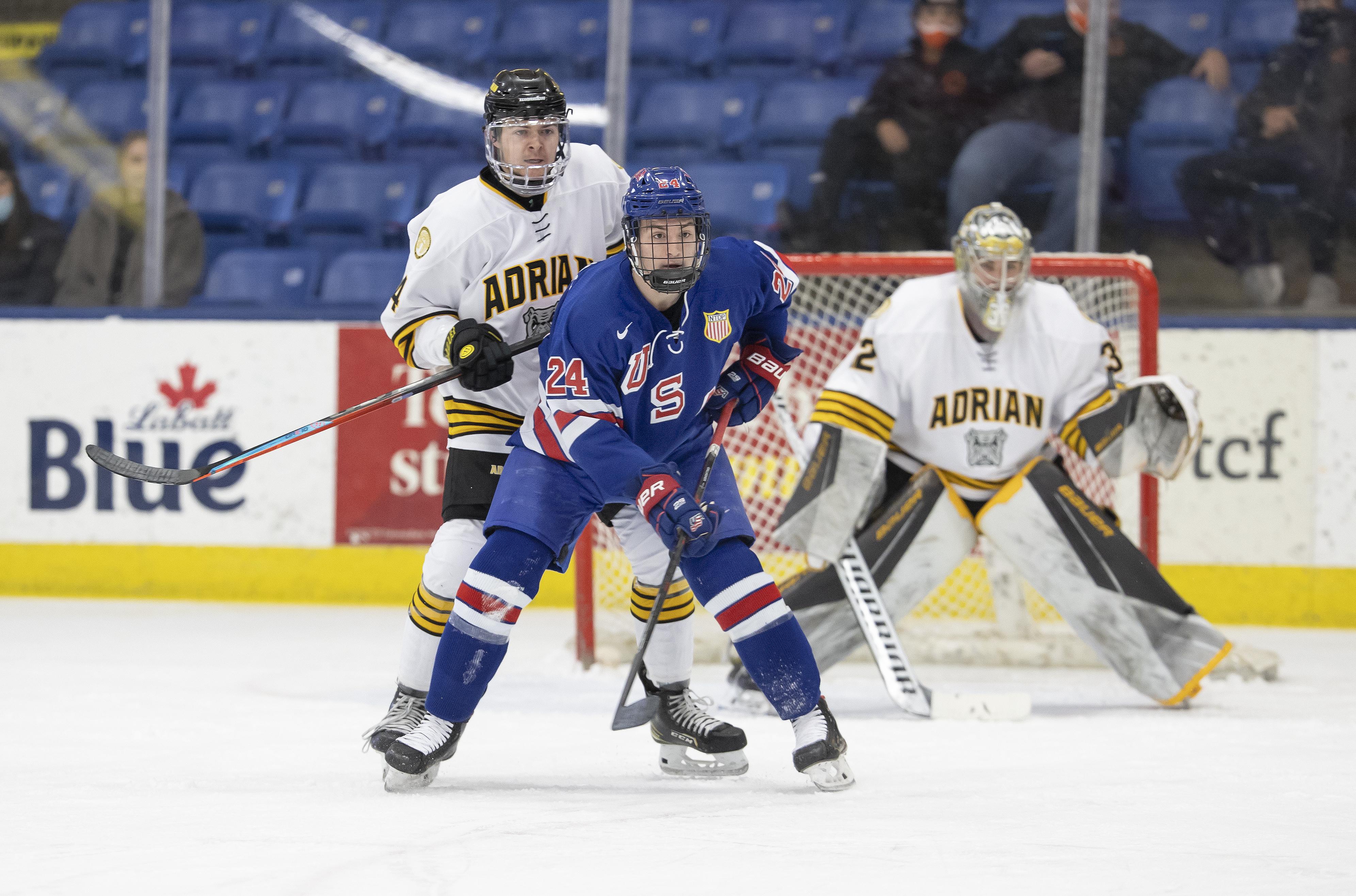 USA Hockey’s National Team Development Program enters play the weekend with a combined 32-9-1-2-0 (W-L-OTL-SOL-T) after the U.S. National Under-18 Team went three for three in a USHL matchup against Muskegon and a pair of 2020-21 Kroger College Series games against Adrian College and Trine University last weekend, and the U17s swept the Youngstown Phantoms in a two-game set at USA Hockey Arena. The U18s faced Adrian College for the third time this season, skating to a 7-4 win. The U18s then continued their win streak with a 7-3 victory over the Lumberjacks before extending the stretch to seven games with an 8-1 decision against Trine. The U17s won a 5-4 shootout against the Phantoms last Friday before skating to a decisive 10-4 victory to earn the series sweep at USA Hockey Arena.

The U17s continue league play with a pair of games against the Muskegon Lumberjacks this weekend, while the U18s continue the 2020-21 Kroger College Series when they host Milwaukee School of Engineering at USA Hockey Arena Friday before hitting the road for a pair of rematches against Adrian and Trine.

Friday's contest against the MSOE Raiders is slated for a 7 p.m.  start, and tickets for the game are available by visiting USAHockeyNTDP.com./tix or by calling the box office at 734-453-6400 x 396.