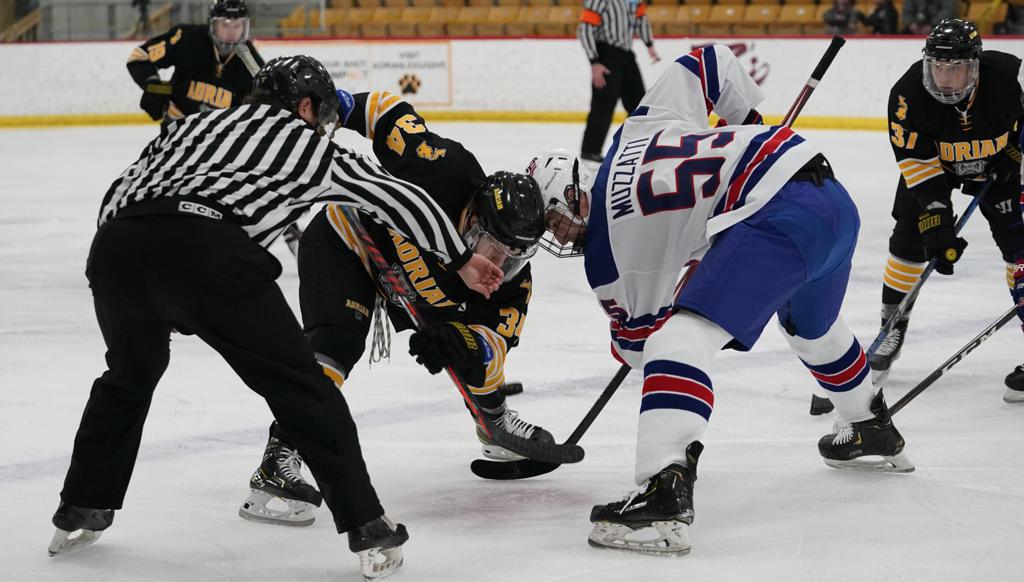 ADRIAN, Mich. - The U.S. National Under-18 Team used four second-period goals, including three in a span of 72 seconds, to top the Adrian Bulldogs by a 7-4 final at Arrington Ice Arena Thursday evening.

The Bulldogs got on the board first courtesy of Nick Lund, but Team USA's Ryan St. Louis (Riverside, Conn.) knotted the game before the end of the first period. Red Savage (Scottsdale, Ariz.) led a 2-on-1 break, dangled past a defender and slid a pass to St. Louis who one-timed his shot for his ninth goal of the season. Jeremy Wilmer (Rockville Centre, N.Y.) grabbed a helper on the 1-1 goal.

The U18s hit their stride in the second period as they notched the first four goals of the frame. First, Jack Hughes (Westwood, Mass.) converted on a shot from the left point on the power-play to give Team USA a 2-1 lead. That goal was set up from Luke Hughes (Canton, Mich.) and Sasha Pastujov (Bradenton, Fla.).

Sutter Muzzatti (Okemos, Mich.), added to the roster prior to the game, made it 3-1 with a fantastic individual effort where he deked between two defenders and flipped his shot over goaltender Cam Gray's shoulder while falling down.  Fellow Team USA newcomer Braiden Simmons-Fischer (Waterford, Mich.) and defenseman Jacob Martin (Eagle River, Wis.) earned assists on the goal.

Dylan Duke (Strongsville, Ohio) netted next when he steadied a Jack Hughes pass on his stick and fired in his 11th goal of the season on the power play. Ryan St. Louis was credited with the secondary assist.

The Bulldogs' Rex Moe made it a 5-2 game with less than two minutes remaining in the middle period.

Defenseman Aidan Hreschuk (Long Beach, Calif.) scored with a quick wrist-shot from the left point at 2:16 of the final period. Savage and Wilmer assisted on Hreschuk's third goal over the past five games.

Adrian climbed back with the next two scores but Dylan Duke iced the game with an empty-net goal, set up by Gasseau and Luke Hughes.

Kaidan Mbereko (Aspen, Colo.) turned aside 18 shots to pick up the win in net for Team USA.

The U18s hit the ice next on Monday afternoon against the Muskegon Lumberjacks (4:00 p.m.) before returning to their Kroger College Series as they host Trine University on Tuesday evening. Tickets remain for both of those games at USAHockeyNTDP.com/tix.