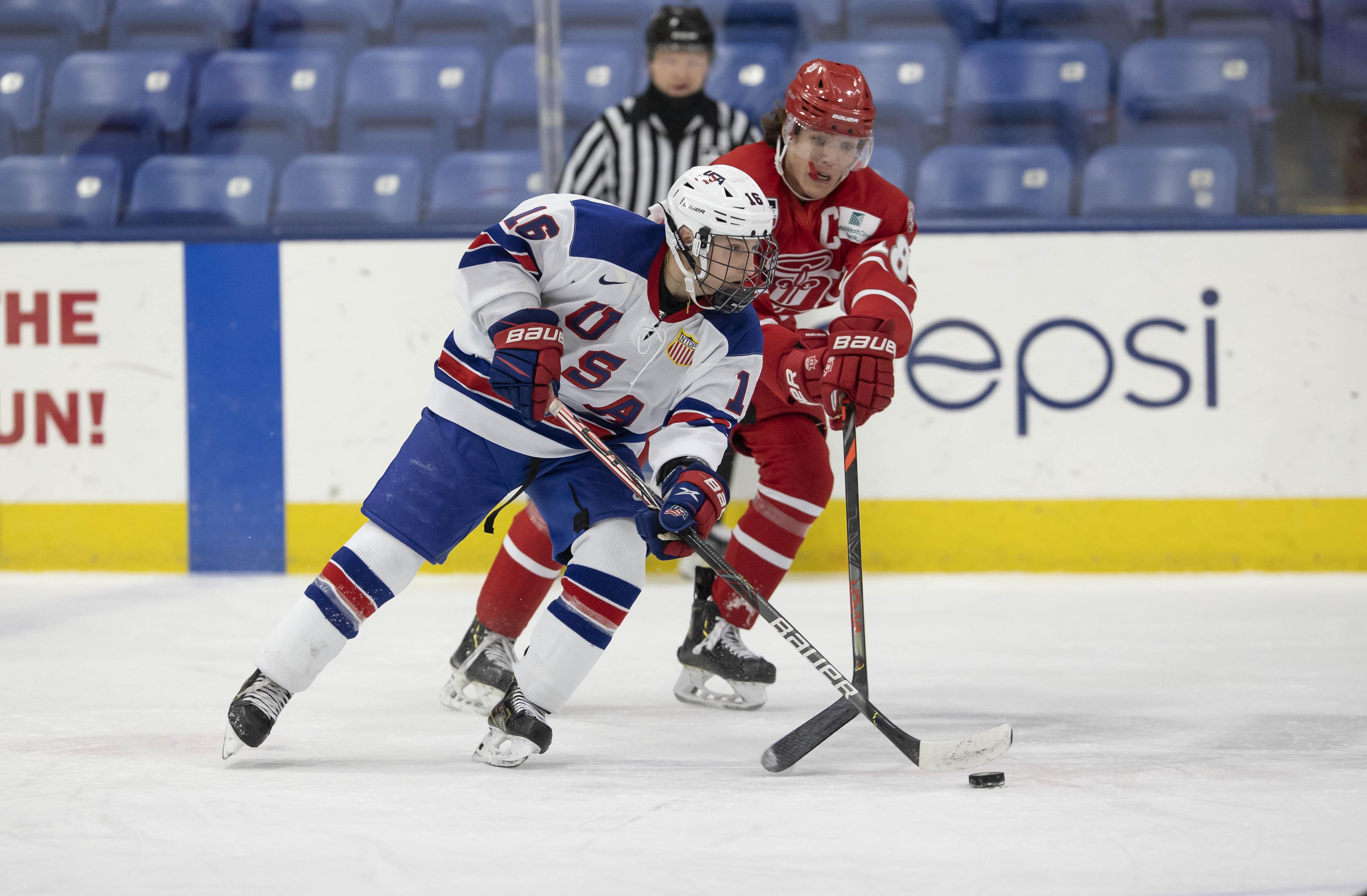 Pastujov got Team USA on the board with his team-leading 10th score of the season. Ty Gallagher (Clarkston, Mich.) went D-to-D with Aidan Hreschuk (Long Beach, Calif.) before he found Pastujov in the center slot. The Notre Dame commit corralled the pass, took a stride and fired his wrist-shot top shelf for a 1-0 lead.

Pastujov doubled the U18s' lead late in the second period with his second tally of the game. He came out of a goal-mouth scramble with the puck and flipped a backhand shot over the shoulder of Saints goaltender Aidan McCarthy. Gallagher and Rutger McGroarty (Lincoln, Neb.), playing in his first game with the U18s, collected the assists on the score.

He completed the hat-trick at 6:50 of the third period after finishing a one-timer from the right circle. Luke Hughes (Canton, Mich.) took the initial shot that got deflected and the puck bounced over to Sean Behrens (Barrington, Ill.) at the left board. Behrens went cross-ice for Pastujov's third of the game and 12th of the season.

Ryan St. Louis (Riverside, Conn.) iced the game with an empty-net tally with 24 seconds remaining in the game, his sixth score of the season.

Kenny Connors posted the lone goal for Dubuque to make it a 2-1 game early in the third period.

Homer was tremendous in net for Team USA and finished the night with 22 saves. His most impressive came on the first shot of the game when he robbed PJ Fletcher point-blank with a glove save less than four minutes into the game.