U18s Fall to Steel in Return to Ice 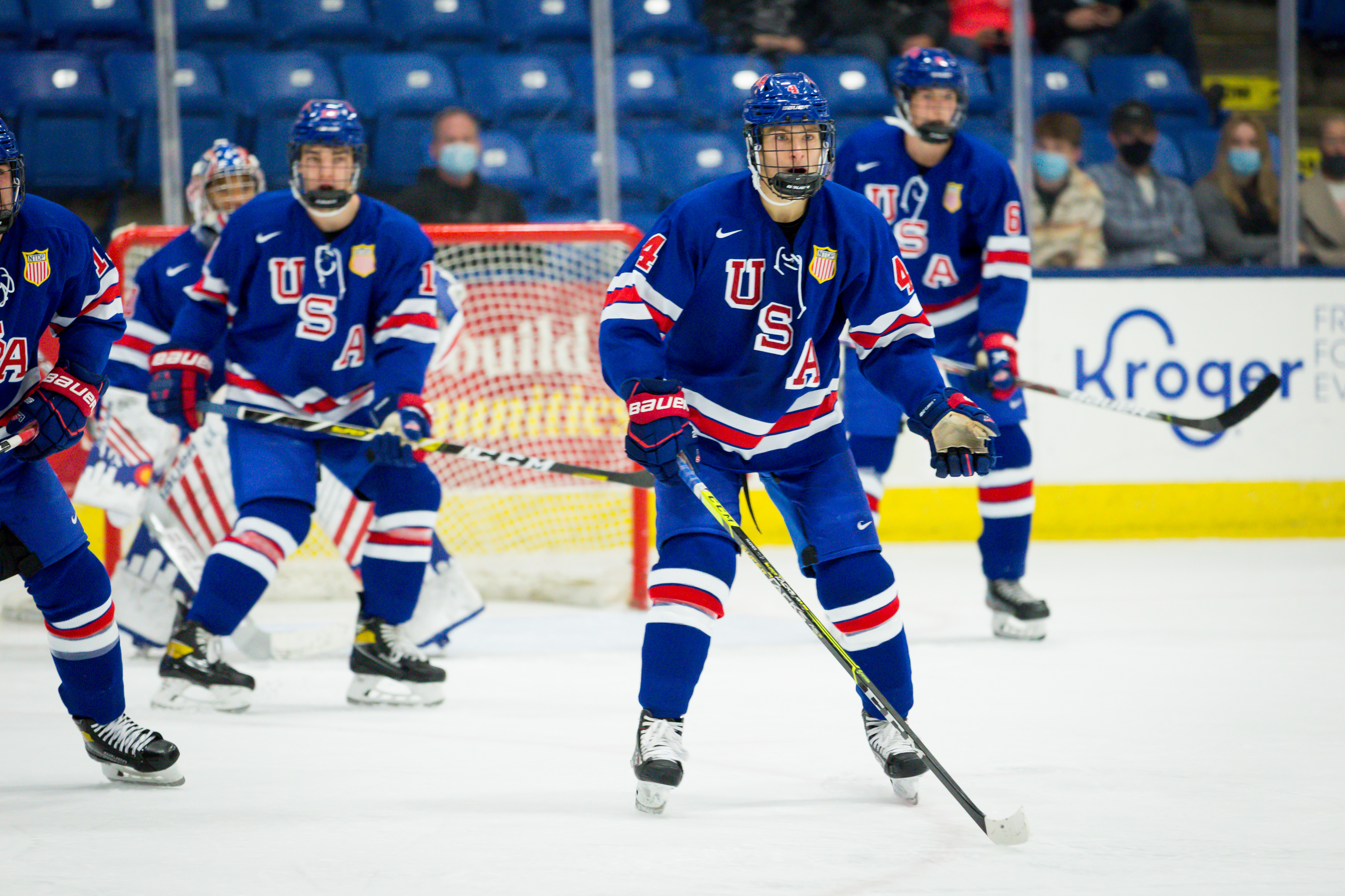 GENEVA, Ill. - Red Savage (Scottsdale, Ariz.) netted a pair of points and Luke Hughes (Canton, Mich.) tallied his first goal of the season, but the U.S. National Under-17 Team fell to the Chicago Steel by a 6-3 final Saturday night at Fox Valley Ice Arena.

Red Savage (Scottsdale, Ariz.) put the U18s on the board with a shorthanded tally 98 seconds into the middle period. Ethan Straky (Ormond Beach, Fla.) collected the loose puck and sprung Savage up the right wing where he connected short-side to make it a 3-1 game.

The Steel jumped out to a 3-0 lead after the opening period of play. Jackson Blake converted on a 2-on-1 for the game's first goal at 5:41 of the first period. Matt Coronato doubled the lead with his USHL-leading seventh goal of the season and former NTDPer Erik Middendorf made it three in a row for the home team before the close of the first.

After Savage's score, Ryan Ufko regained the three-goal advantage with a goal on the ensuing power play and Mackie Samoskevich added to the Chicago lead late in the second frame.

Hughes started the third period with a power-play blast from the center-point for his first goal of the season. The tally was set up by Andre Gasseau (Garden Grove, Calif.) and Tyler Boucher (Haddonfield, N.J.)

Middendorf scored his second of the night on a pretty chip-shot in front of the net to make it 6-2 less than a minute later.

Ryan St. Louis (Riverside, Conn.) slammed home a feed from Savage with just under eight minutes remaining but that was all Team USA could muster in the 6-3 final.

The U18s return home for a pair of games against the Green Bay Gamblers at USA Hockey Arena on Thursday and Friday evenings.