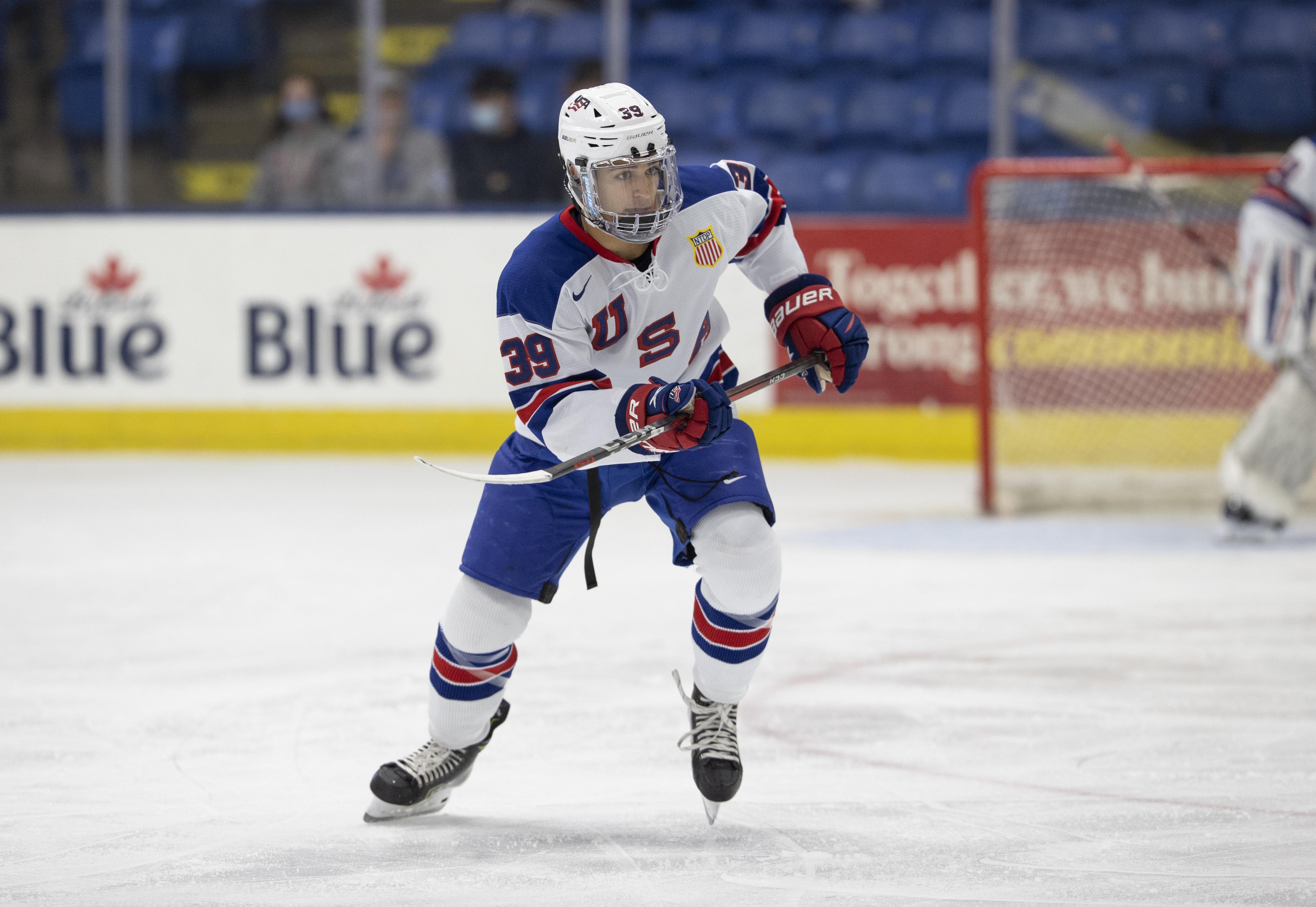 PLYMOUTH, Mich. – Cutter Gauthier (Scottsdale, Ariz.) and Rutger McGroarty (Lincoln, Neb.) each scored a pair of goals to lead the U.S. National Under-17 Team to a 6-1 victory over the Shreveport Mudbugs Sunday afternoon at USA Hockey Arena.

McGroarty opened the scoring for the U.S. midway through the first period, collecting a pass from Logan Cooley (West Mifflin, Pa.) on a 2-on-1 rush and burying a shot high over the shoulder of Mudbugs' goaltender Cullen DeYoung to make it a 1-0 game.

U.S. extended its lead to 2-0 in the second period after Charlie Stramel (Rosemount, Minn.) found Gauthier on an odd-man break who fired the puck past DeYoung for the score.

Isaac Howard (Hudson, Wis.) scored his team-leading seventh goal of the year on the power play, burying a pass from Jimmy Snuggerud (Chaska, Minn.) on a wide open net to put the U.S. up 3-0.

Gauthier carried a feed from Tyler Duke (Strongsville, Ohio) deep into the offensive zone before tucking a shot high past Shreveport goaltender Luca DiPasquo to notch his second goal of the afternoon.

McGroarty scored his second goal of the day to round out the second period scoring, capitalizing on a give-and-go with Cooley and firing a shot past DiPasquo from close range.

Brady Berard (East Greenwich, R.I.) capped the scoring for the U17s, redirecting a shot from Ryan Chesley (Mahtomedi, Minn.) to put the U.S. up 6-0.

The Mudbugs tallied a goal late in the third period, but couldn't generate another scoring opportunity, and the U.S. completed the sweep with a 6-1 win.