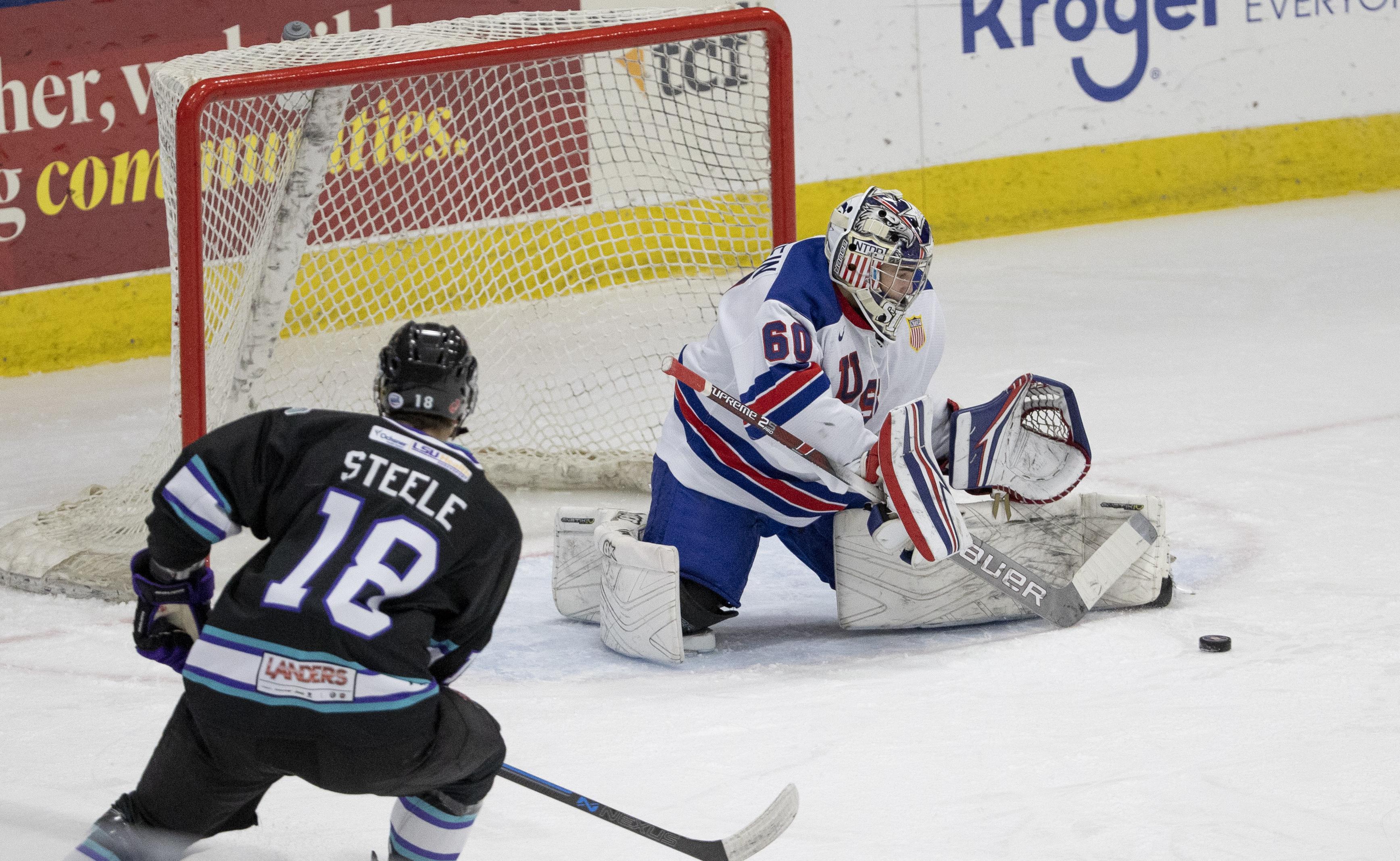 PLYMOUTH, Mich. – Jimmy Snuggerud (Chaska, Minn.) picked up two goals and an assist to lead the U.S. National Under 17 Team to a 6-2 win over the Shreveport Mudbugs Saturday afternoon at USA Hockey Arena.

Shreveport got on the board first after forward Lukas Sedlacek found the back of the net early in the first period, but the U.S. took control shortly after, putting up three goals to take a 3-1 lead into the first intermission.

Snuggerud got the U.S. on the board with 8:14 left in the first period after putting away a deflected shot from defenseman Ryan Chesley (Mahtomedi, Minn.) to tie the game. Snuggerud broke the tie moments later when he poked a pass from Isaac Howard (Hudson, Wis.) behind Shreveport goaltender Luca DiPasquo to break the tie.

With 11.8 seconds left in the frame, Logan Cooley (West Mifflin, Pa.) fired the puck from an angle past DiPasquo to round out the first period scoring.

Devin Kaplan (Bridgewater N.J.) opened the scoring in the second period with a power-play tally, redirecting a pass from Cutter Gauthier (Scottsdale, Ariz.) under the pad of DiPasquo to give the U.S. a 4-1 lead.

Howard scored a goal of his own on the power play off a pass from Snuggerud with 7:53 left in the second period. Maddox Fleming (Rochester, Minn.) dished out a shot in front of the net and Frank Nazar III (Mount Clemens, Mich.) redirected the puck past Mudbugs goaltender Igo Samokhvalov to notch his second goal of the season with 4:05 left in the middle frame.

The Mudbugs’ Dawson Sciarrino scored to cut the lead in the third frame, but the U.S. controlled much of the play in the final stanza to claim a 6-2 victory.

Dylan Silverstein (Calabasas, Calif.) recorded his fourth win of the season, turning away 23 shots. Cameron Korpi (South Lyon, Mich.) came into the game in the third period and picked up seven saves on all seven shots he faced.

The U17s round out their series against the Mudbugs tomorrow afternoon at the USA Hockey Arena. Puck drop is slated for 3 p.m. ET.