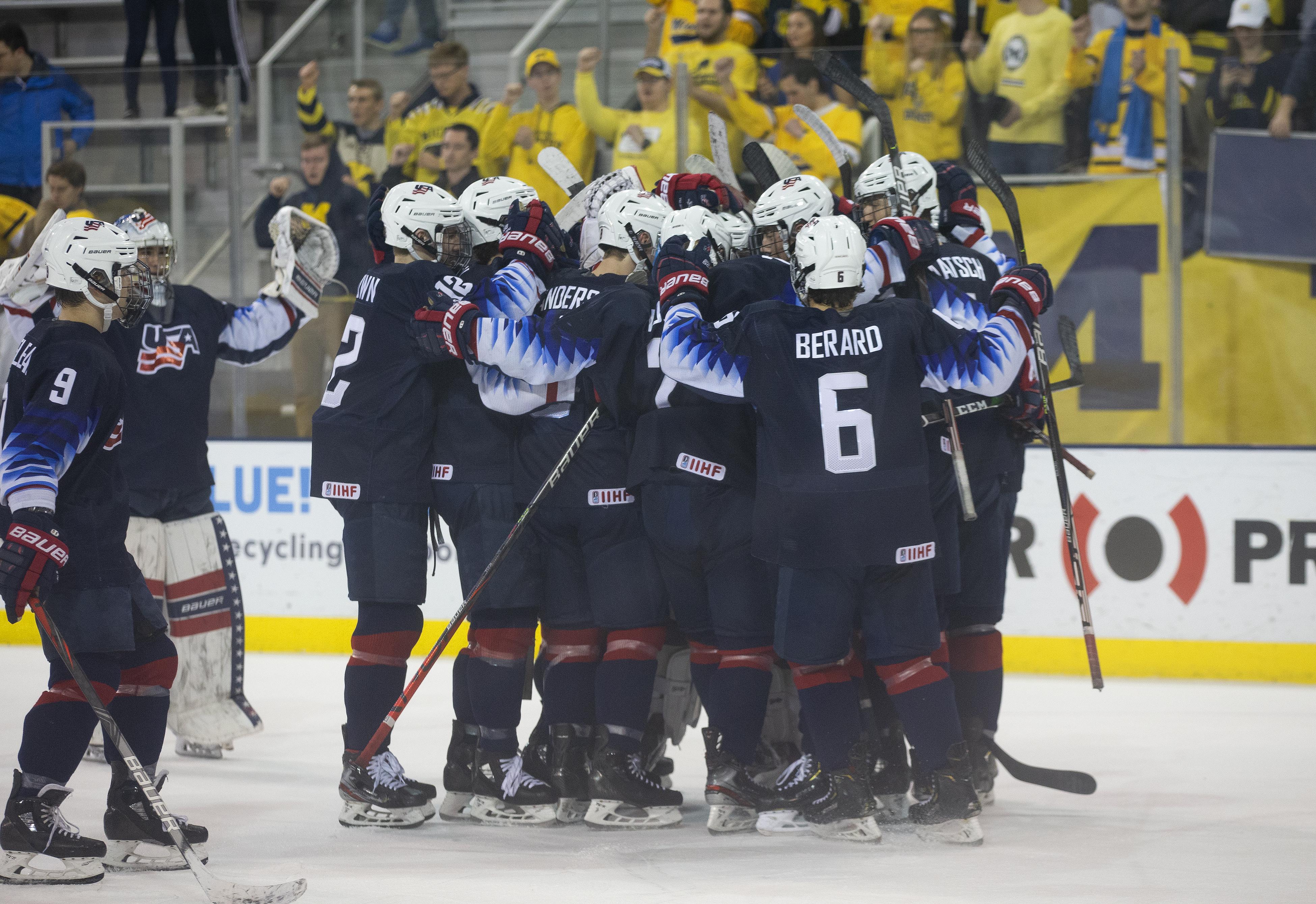 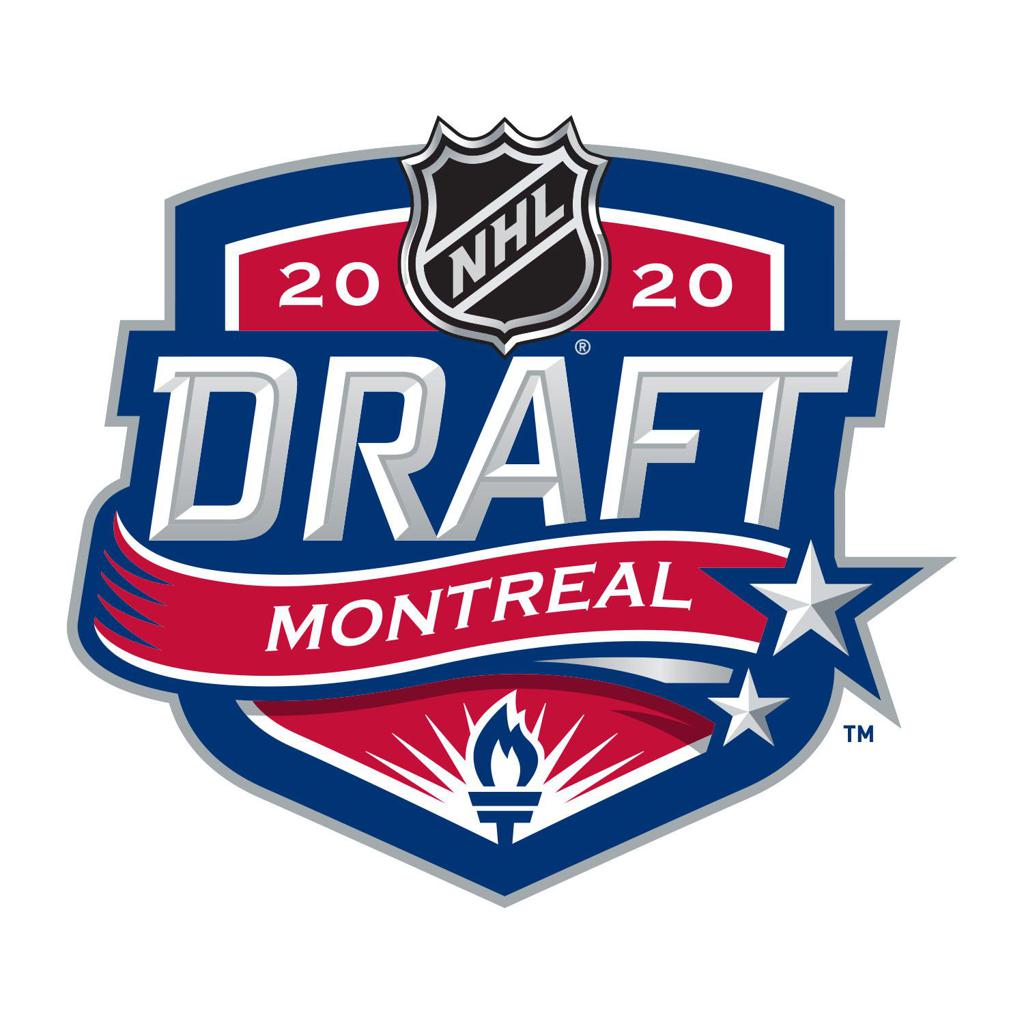 Defenseman Jake Sanderson (Whitefish, Mont.) was selected by the Ottawa Senators with the fifth overall pick Tuesday evening, marking the third straight year the NTDP has produced a top-5 pick in the draft.

After Sanderson, 12 other NTDP players heard their names as selections Wednesday afternoon throughout rounds 2-7 of the NHL Draft.

The day kicked off with forward Thomas Bordeleau (Houston, Texas), who went 38th overall to the San Jose Sharks. The 5-foot-10 center led the U.S. National Under-18 Team with 46 points in 47 games during the 2019-20 season.

The NTDP then reeled off four straight selections from picks 44-47 in the second round. Defenseman Tyler Kleven (Fargo, N.D.) was the second player selected on the day, joining Sanderson as property of the Senators.

Fellow blueliner Brock Faber (Maple Grove, Minn.) was picked next at 45 overall by the Los Angeles Kings, followed by goaltender Drew Commesso (Norwell, Mass.) to the Chicago Blackhawks with the 46th pick. Commesso recorded the second-best single-season GAA in NTDP history with his 2.05 mark during the 2019-20 campaign.

Luke Tuch (Baldwinsville, N.Y.) rounded out the NTDP run at 47th overall, where he was selected by the Montreal Canadiens. Tuch produced 30 points (15G, 15A) in 47 games last year. Tuch's selection marked the second straight draft that NTDP players were chosen with four consecutive picks.

Forward Ty Smilanic (Denver, Colo.) started the NTDP's representation in Round 3, when he was selected by the Florida Panthers with the 74th pick.  Landon Slaggert (South Bend, Ind.) was chosen five picks later, 79th overall, by the Chicago Blackhawks. Slaggert and Commesso were the second pairing of NTDP players selected to the same NHL franchise.

Six-foot-4 forward Dylan Peterson (Roseville, Calif.) went to the St. Louis Blues at pick 86 to round out the third round.

Eamon Powell (Marcellus, N.Y.) was the next NTDP skater selected when he was drafted by the Tampa Bay Lightning in the fourth round, with the 116th overall selection. Powell's 14 points (6G, 8A) ranked third last season  among U18 defensemen.

Forward Brett Berard (East Greenwich, R.I.) and defenseman Jacob Truscott (Port Huron, Mich.) represented the NTDP in the fifth round. Berard was picked by the New York Rangers at pick 134 after he finished third on the U18s in scoring with 34 points (16G, 18A) this past season. Truscott followed to the Vancouver Canucks with the 144th selection of the draft. 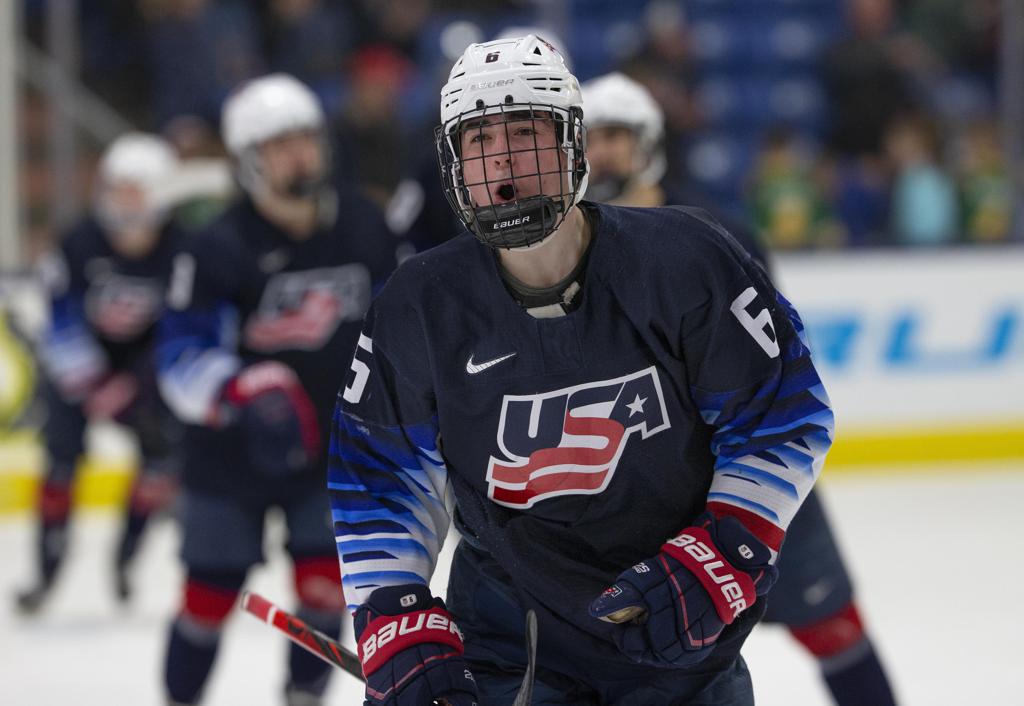 Chase Yoder (Fairview, Texas) marked the final pick directly from the NTDP, when he went to the Pittsburgh Penguins in the sixth round, number 170 overall. Yoder accumulated 10 points (10G, 10A) in his final season in Plymouth.

In addition to players selected directly from the NTDP, two alums were selected on Day 2. Sean Farrell (Hopkinton, Mass. / 2017-19) was selected by the Montreal Canadiens with the 124th pick and Ryder Rolston (Birmingham, Mich. / 2017-19) went to the Colorado Avalanche at pick 139.

Three players who appeared in at least game one game with the NTDP were also selected: Ian Moore (Concord, Mass.) went to the Anaheim Ducks in the third round, Blake Biondi (Hermantown, Minn.) was selected by the Canadiens at pick 109 and Kienan Draper (Detroit, Mich.) was chosen by the Detroit Red Wings in the draft's final round.

ABOUT THE NTDP: USA Hockey’s National Team Development Program is in its 24th season of competition and is based at USA Hockey Arena in Plymouth, Michigan. The goal of the full-time development program is to prepare student-athletes under the age of 18 for participation on U.S. National Teams and success in their future hockey careers. Its efforts focus not only on high-caliber participation on the ice, but creating well-rounded individuals off the ice.