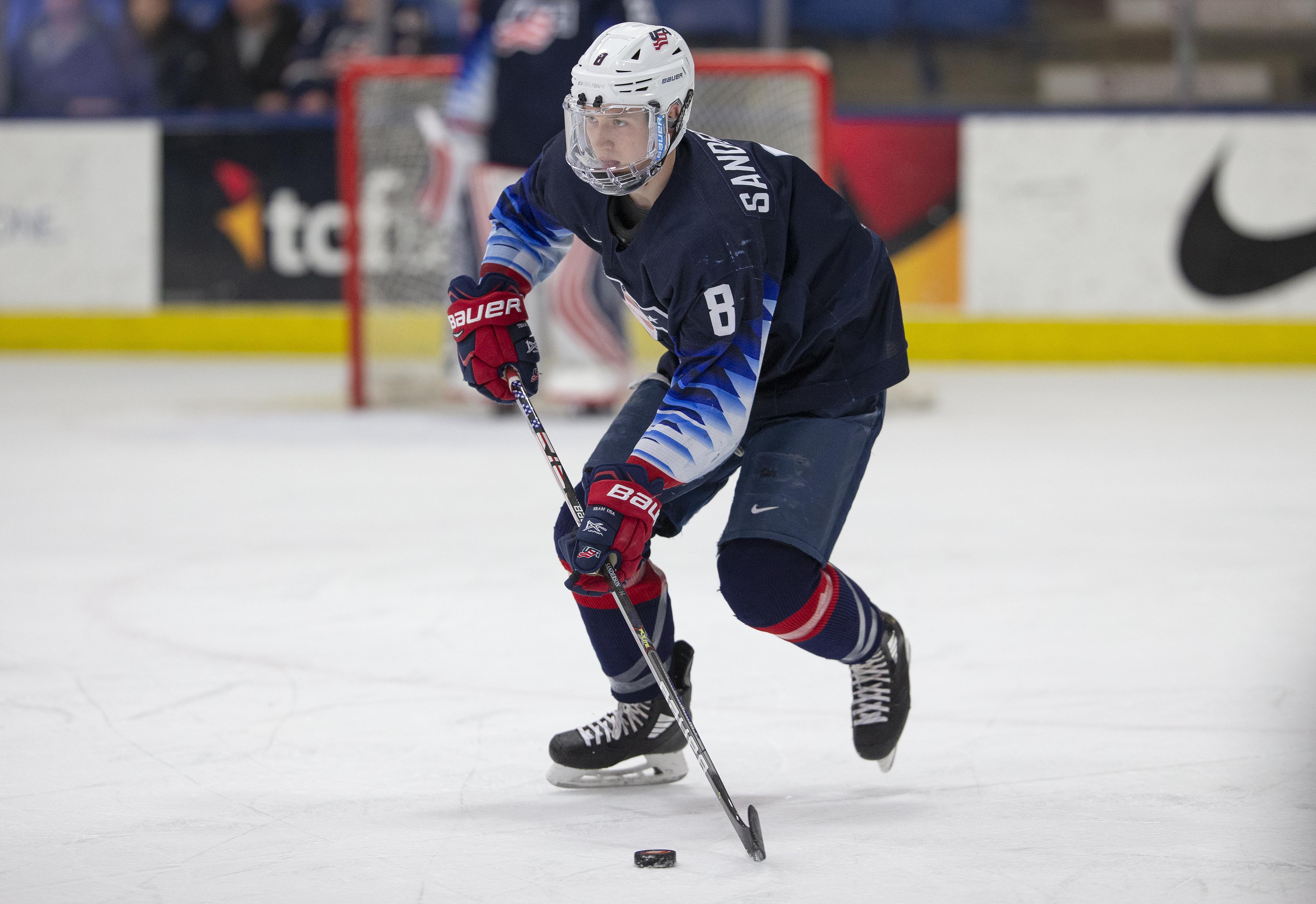 "I was just really excited to spend the moment with my brother and both my parents, it was really special," Sanderson said after being drafted. "I'm just super pumped up right now."

Sanderson was the captain of the U.S. National Under-18 Team last season, leading all defensemen with 29 points (7g-22a) in 47 games played. The 6-foot-1 blueliner recorded two assists in the Biosteel All-American Game en route to being named the game's MVP.

"The biggest thing is to enjoy the moment because you won't be able to play hockey forever," Sanderson continued, when asked about advice from his dad, long-time NHLer Geoff Sanderson. "Just enjoy the moment and spend time with your teammates."

Sanderson was also named the winner of USA Hockey's Dave Tyler  Junior Player of the Year award after the season, given to the most outstanding American-born player in junior hockey.

Geoff Sanderson played 1104 games in the NHL between nine teams, most notably the Hartford Whalers, Buffalo Sabres and Columbus Blue Jackets. If and when he makes the NHL, the younger Sanderson will become the first player from Montana to debut in the highest professional league.

"Growing up in Whitefish (Montana), there wasn't a lot of hockey at the time. There was only one team there. I was playing with kids younger than me and older than me. But hockey there is definitely growing and there's a lot of hockey fans. I think everybody is really excited and so am I."