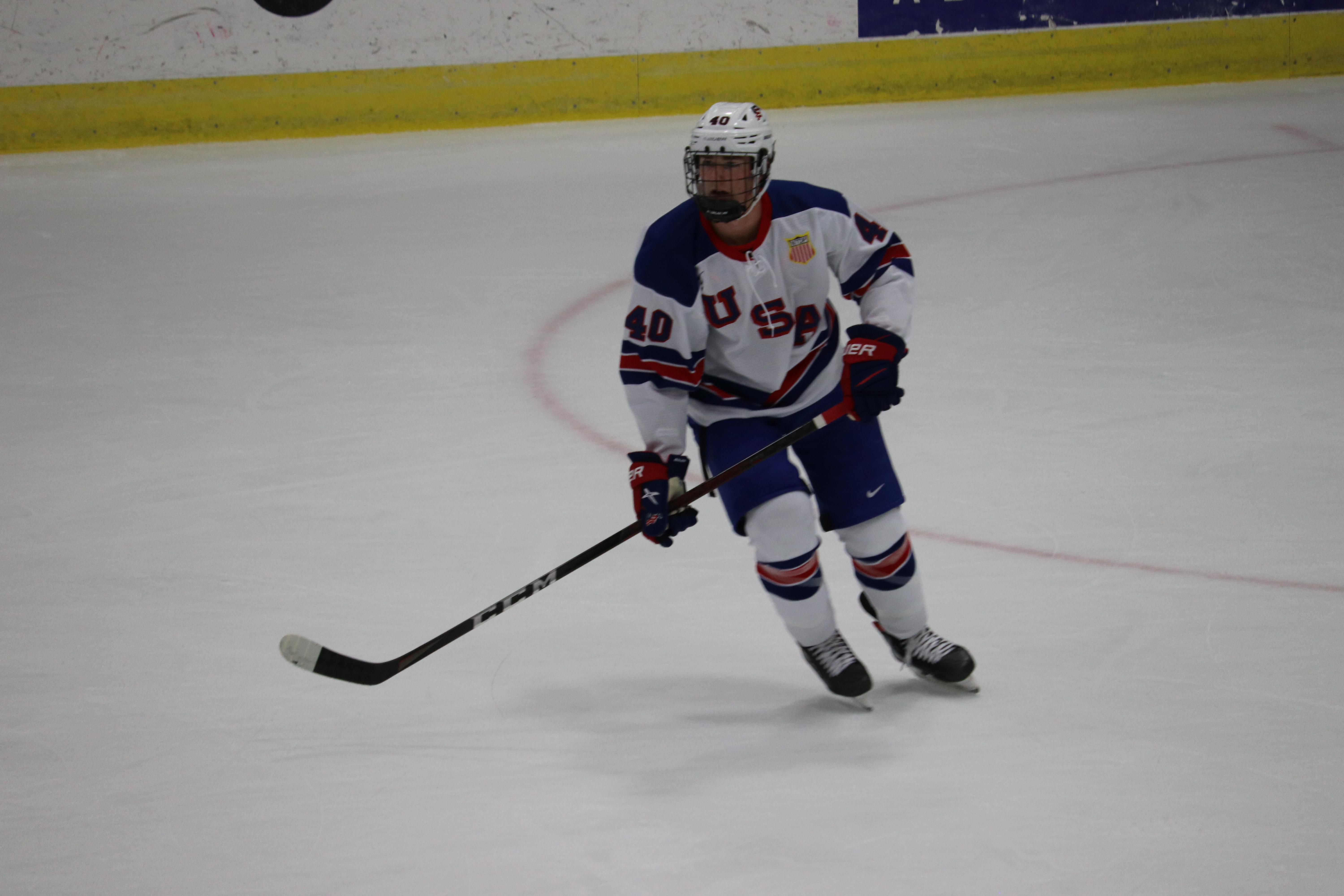 The two teams return to the ice for a Sunday afternoon matinee at 1st Summit Bank Arena. Puck drop is slated for 4:30 p.m. ET.

The U.S. generated several scoring chances in the first period, but could not capitalize in the offensive zone and the Tomahawks scored a trio of goals to take a 3-0 lead into the second frame.

Team USA broke through in the second period when Gauthier skated the puck past Tomahawks goaltender Sam Evola to cut the deficit to 3-1, but Johnstown added another goal to make it a 4-1 game. Rutger McGroarty (Lincoln, Neb.) and Charlie Leddy (Fairfield, Conn.) picked up assists on the goal.

Chesley added a tally of his own off a faceoff feed from Logan Cooley (West Mifflin, Pa.) with 6:26 remaining in the second period, but the Tomahawks scored a pair of goals to take a 6-2 advantage heading into the final period.

Team USA took control in the third period, and a pair of back-to-back goals from Hejduk and Snuggerud slashed the Tomahawks' lead to 6-4.

Cooley nearly put the Americans within a goal of the Tomahawks on the penalty kill at the 12:25 mark of the third period, but his shot rang off the far post.

The U.S. pulled goaltender Dylan Silverstein (Calabasas, Calif.) with just over a minute remaining in the period to generate extra scoring chances, but could not convert and settled for a 6-4 loss.

Both Silverstein and Tyler Muszelik (Long Valley, N.J.) saw time in the net for Team USA, combining for 23 saves on the night.