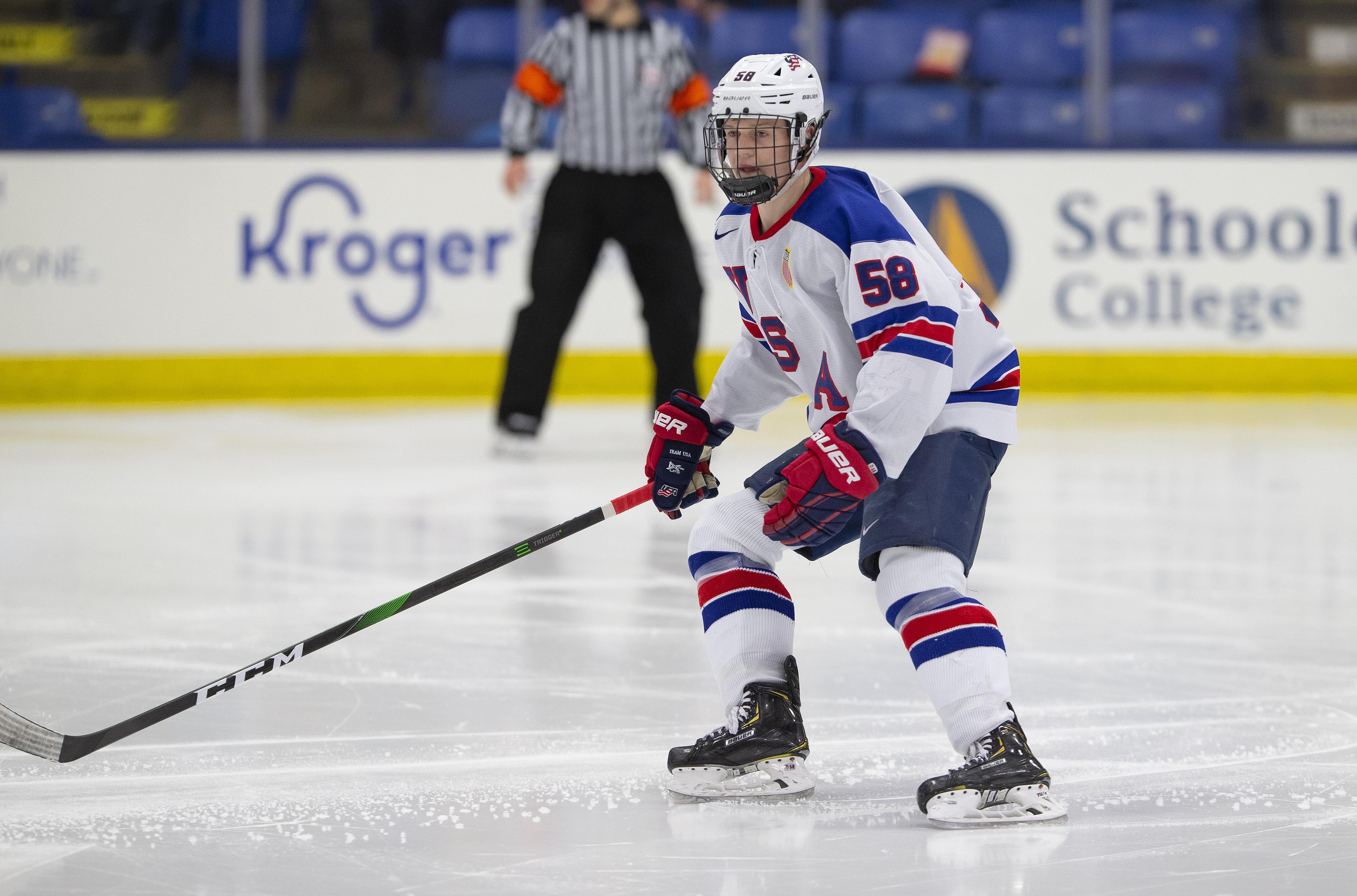 St. Cloud's Charlie Skinner opened the scoring with a shot near the midway mark of the first period. U18s goalie Gibson Homer (Grand Rapids, Mich.) made a pair of saves but the Norsemen regathered the puck and Skinner fired home to take a 1-0 lead.

Justin Janicke (Maple Grove, Minn.) evened up the score at 1-1 less than a minute into the second period with the U18s first shorthanded tally of the season. Brown led a three-on-one breakout, passed and received the puck back from Jacob Martin (Eagle River, Wis.) before shifting over to Janicke for a beautiful tic-tac-toe goal.

Brown gave Team USA the lead after he cleaned up a rebound in front of the net for his second point of the night. Liam Gilmartin (Falls Church, Va.) took a hard-angle shot from the red-line extended and the rebound fell to Brown in the center slot for the second attempt. Janicke picked up the extra helper on the play to give both skaters multi-point efforts.

Norsemen forward Owen Belisle tied the game at two before the close of the middle frame.

Boucher gave Team USA its first lead of the game early in the third period. The righty forward took a pass from Luke Hughes (Canton, Mich.) in the defensive zone, raced all the up the right wing and finished uncontested for a 3-2 lead.

Brown doubled the lead when connected on a pass from behind the net from Janicke to give both skaters three points on the night.

After a Norsemen goal, Savage restored the two-goal lead when he fired a wrister from the left slot. Aidan Hreschuk (Long Beach, Calif.) circled around the entire offensive zone before finding the Miami University-commit for the team's third goal of the period.

Homer played the entire game in net for the U18s as he picked up his first win of the year.

The U18s finish their three-game road trip Monday afternoon against the Austin Bruins at Riverside Arena. Puck drop is slated for 2:05 p.m. ET.