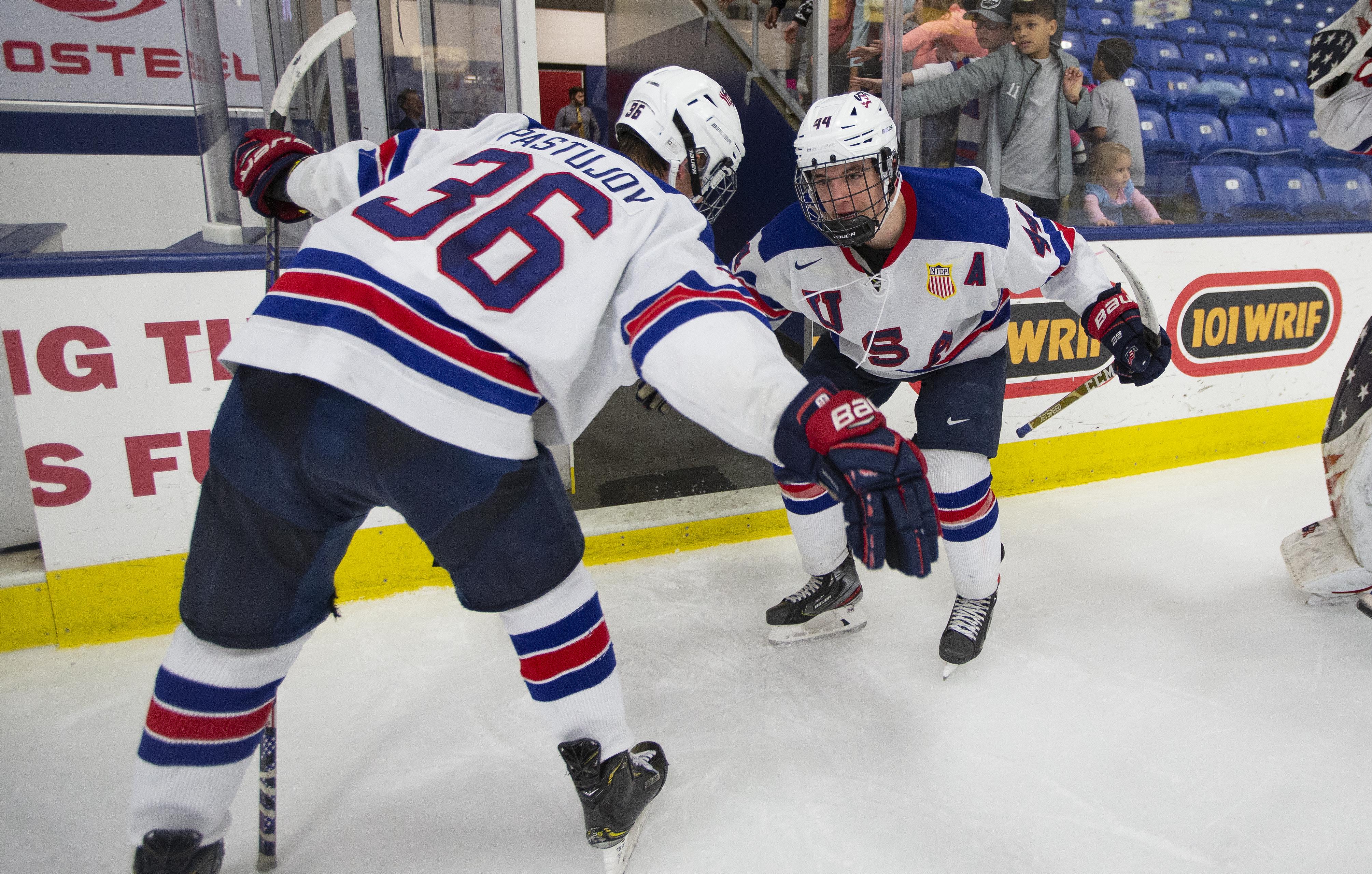 PLYMOUTH, Mich. - USA Hockey's National Team Development Program announced it's opening weekend schedule this evening, which consists of five games on the road, split between the U.S. National Under-17 and Under-18 Teams.

The U18s will embark on a three-game road trip in Minnesota to play a pair of North American Hockey League teams in the St. Cloud Norsemen and Austin Bruins. The team will face off with the Norsemen on Friday and Saturday evenings before finishing up with a Monday matinee against Austin.

The U17s kick off their season with a back-to-back set against the NAHL's Johnstown Tomahawks. This is the second season in a row that the Under-17 Team will square off with the Tomahawks. The two sides split last year's games as the NTDP took the first game, 5-1, and Johnstown followed with a 6-4 win.

After the completion of the weekend, the NTDP will look to fill the remainder of October with games before starting the USHL regular season schedule on November 6.

Details for all five weekend games are listed below. Limited fans are allowed at the games in St. Cloud and Johnstown, while the game in Austin is closed to the public. Please contact the host teams for ticket details.