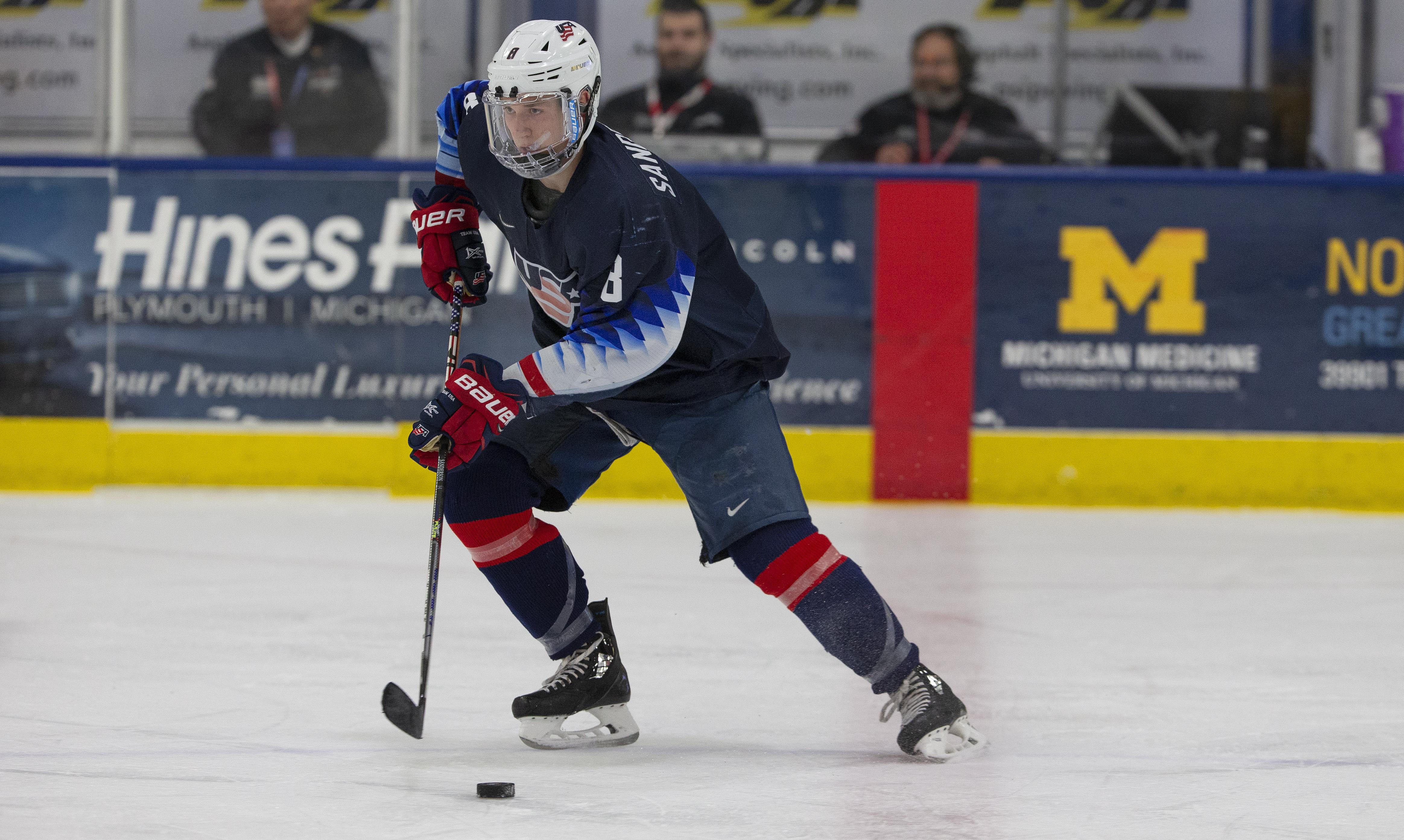 COLORADO SPRINGS, Colorado – Jake Sanderson (Whitefish, Montana), a defenseman who played for USA Hockey’s National Team Development Program in 2019-20, has been named the recipient of the Dave Tyler Junior Hockey Player of the Year Award, it was announced today by USA Hockey.

The honor is presented annually to the most outstanding American-born player in junior hockey and is named after Dave Tyler, who served on the USA Hockey Board of Directors for 32 years and played an instrumental role in the development and growth of junior hockey in the United States.

Skating in 47 games with the U.S. National Under-18 Team of the NTDP, Sanderson led all defensemen with 29 points (7-22–29) across USHL, NCAA and international play.

Sanderson was selected to play in the 2020 BioSteel All-American Game which features top American-born NHL Draft eligible players. He had two assists in the contest and was named the game’s most valuable player.

Sanderson is committed to play college hockey at the University of North Dakota for the 2020-21 season.