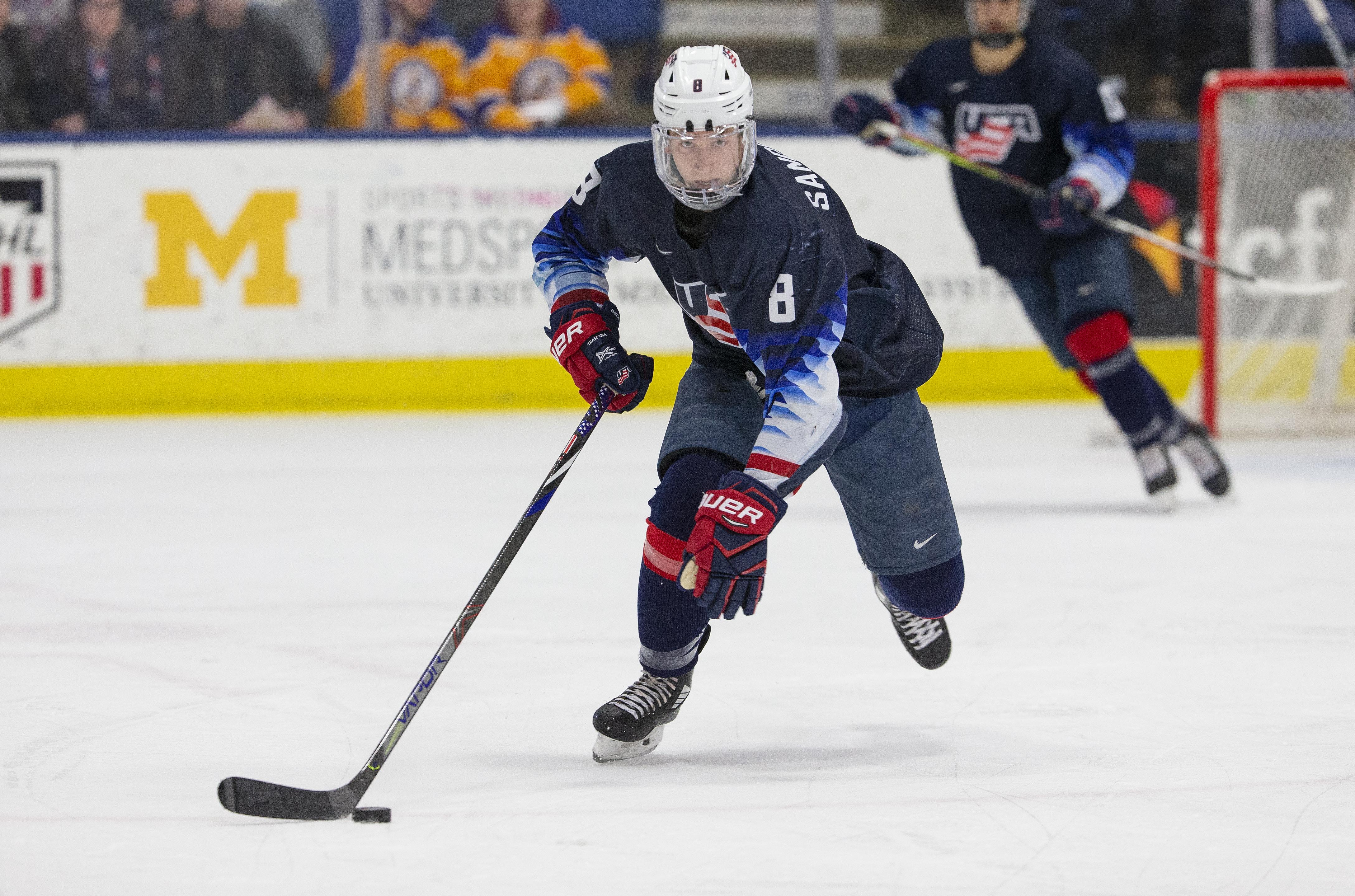 PLYMOUTH, Mich. - Seventeen members of the 2019-20 U.S. National Under-18 Team and four former NTDP players were named to the National Hockey League Central Scouting's final rankings prior to the 2020 NHL Entry Draft.

Defenseman Jake Sanderson (Whitefish, Mont.) was the highest-rated NTDP player as he ended the rankings at number four overall for North American skaters. Sanderson moved up from his 11th-place ranking at the mid-term report.

Both U18 goalies were listed as Drew Commesso (Norwell, Mass.) maintained his second-ranked position for all North American goalies. Noah Grannan (Germantown, Wis.) followed at 15th.

Defenseman Daniel Laatsch (Altoona, Wis.) is ranked 157 while the team is rounded out by forwards Zakary Karpa (Newport Beach, Calif.) at 199 and Hunter McKown (San Jose, Calif.) at 206.

Current U18 forwards Matthew Beniers (Hingham, Mass.) and Hunter Strand (Anchorage, Alaska) are not age-eligible for this year's draft and will be eligible for the 2021 NHL Entry Draft.

The 2020 NHL Draft was initially scheduled to take place on June 26-27 at the Bell Centre in Montreal, Quebec, but is currently postponed due to the COVID-19 pandemic.