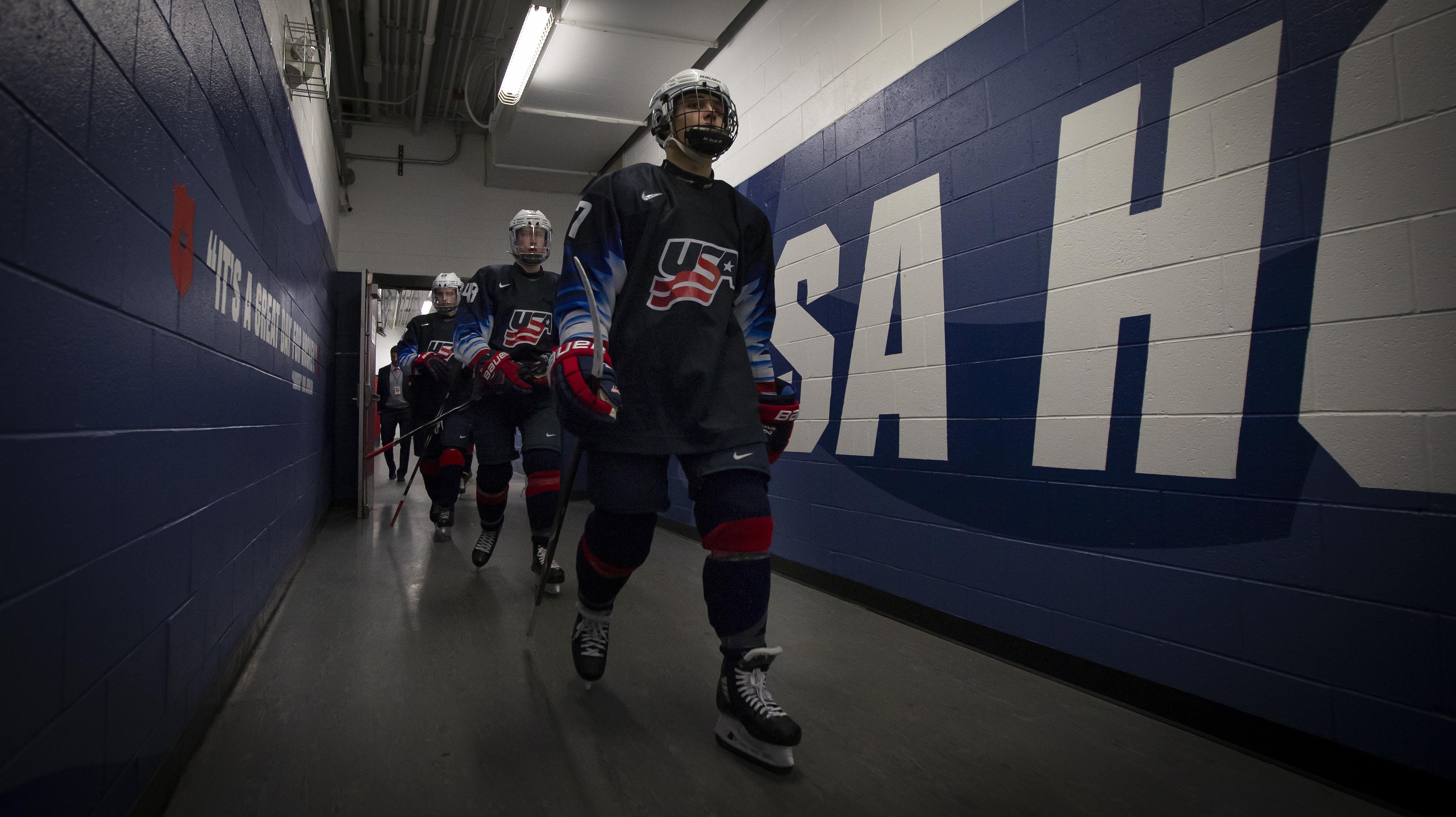 PLYMOUTH, Mich. – Thirteen forwards, eight defensemen and two goaltenders have been selected to join USA Hockey’s National Team Development Program, it was announced today. The 23 players, all from the 2004 birth year, will compete as the U.S. National Under-17 Team during the 2020-21 season.

“We're thrilled about the bright, young talent that will make up our U17 roster next season," said Kevin Reiter, director of player personnel for the NTDP. "While we weren't able to hold our typical evaluation camp because of the COVID-19 pandemic, it's just one component of our overall process. We're fortunate to have a terrific network of scouts, along with our own staff, in place to help in selecting the team. In the end, it's never easy to get to the final roster as there are so many talented players in our country."

The complete roster is listed below.

ABOUT THE NTDP: USA Hockey’s National Team Development Program is in its 24th season of competition and is based at USA Hockey Arena in Plymouth, Michigan. The goal of the full-time development program is to prepare student-athletes under the age of 18 for participation on U.S. National Teams and success in their future hockey careers. Its efforts focus not only on high-caliber participation on the ice but creating well-rounded individuals off the ice.