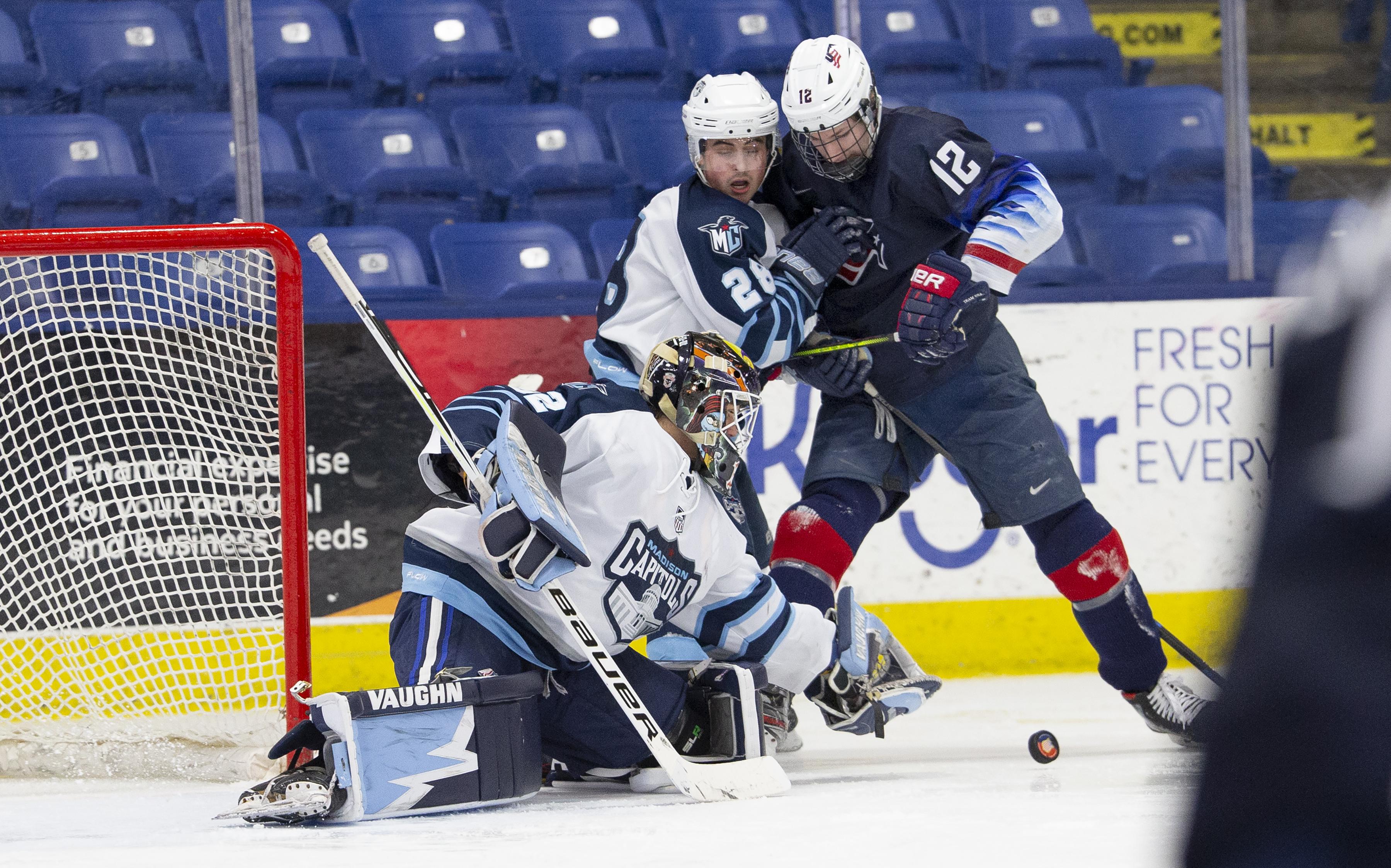 The U.S. National Under-17 Team fell to the Madison Capitols in a shootout, 5-4, today (March 1) at USA Hockey Arena.

Hunter McKown (San Jose, Calif.) netted his first goal of the year, and gave Team USA a brief 1-0 lead, after he deflected Ty Gallagher’s (Clarkston, Mich.) shot into the back of the net at 17:15 of the first period. Liam Gilmartin (Falls Church, Va.) also picked up an assist on the goal.

Madison tied the game quickly before taking a 2-1 lead after Ryan Kirwan converted on a breakaway while shorthanded with 29 seconds left in the frame.

The Capitols made it 3-1 early in the second.

Daniyal Dzhaniyev (Brooklyn, N.Y.) started the comeback and cut the Capitols’ lead to 4-2 after sending in a backhander at 4:33 of the third period. Jack Devine (Glencoe, Ill.) and Gallagher picked up the assists.

Dzhaniyev netted his second of the game at 13:55, sending in a one-timer from the right side of the net. Gallagher and Daniel Laatsch (Altoona, Wis.) picked up the assists.

With less than three minutes left in regulation, Gallagher sent the puck to the back of the net from the right circle to tie the game at four.

After a scoreless overtime, Madison won after netting two in the shootout.

The U17s have two weeks off before heading to Muskegon to take on the Lumberjacks on March 17 at 7 p.m.  ET.