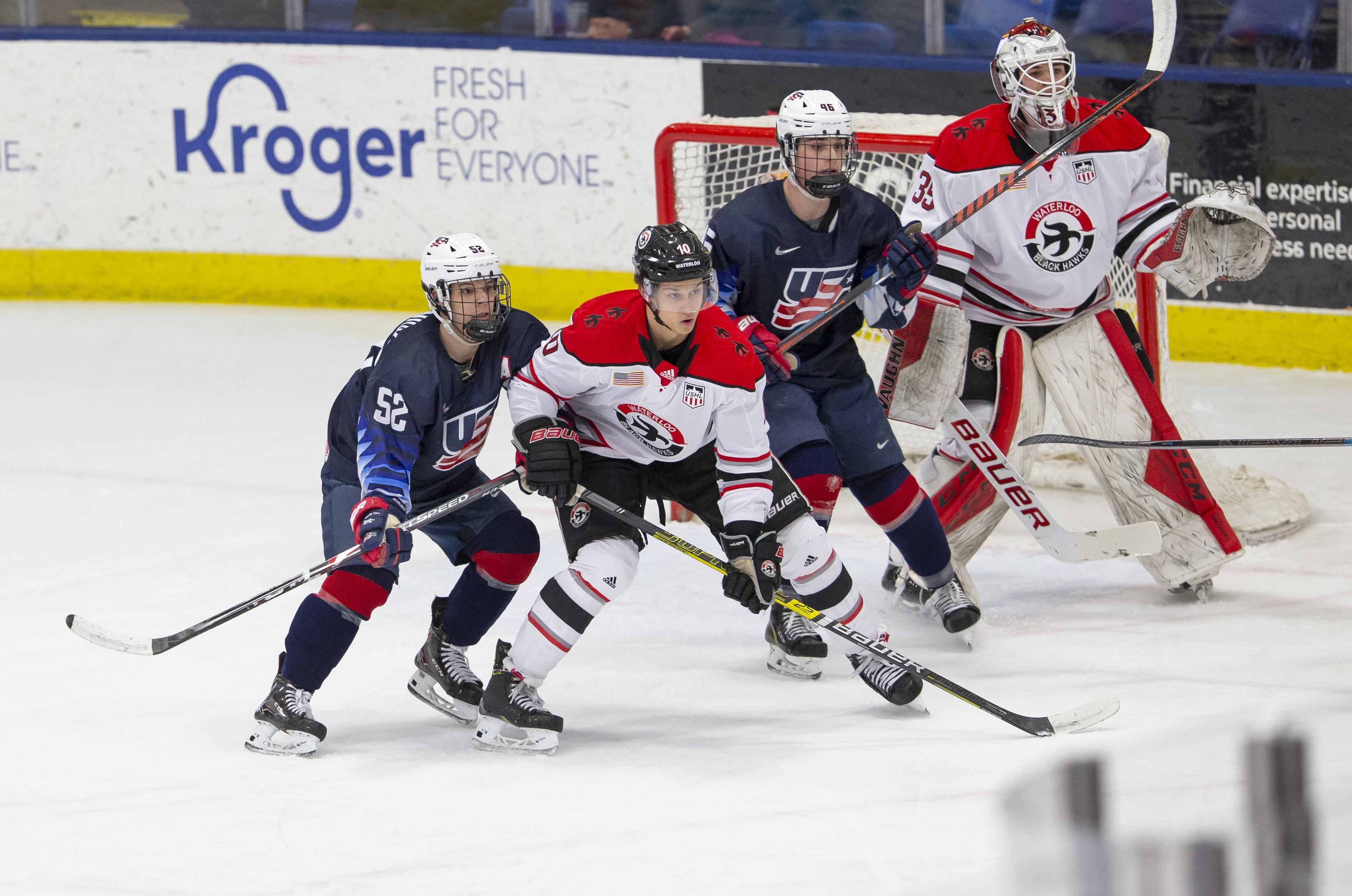 PLYMOUTH, Mich. - The U.S. National Under-17 National Team fell to, 5-1, Friday at the hands of the Waterloo Black Hawks at the USA Hockey Arena.

Waterloo opened the game controlling the pace and came away with a 1-0 lead after a goal from Matthew Argentina at 10:10 of the first period. They held an 11-5 shot lead after one.

Connor Caponi extended the lead for the visitors to 2-0 when he converted on a rebound opportunity at 4:46 of the second.

The U17s nearly cut the lead in half on a Tanner Laatsch (Muskegon, Mich.) shot originating from a two-on-one odd man rush just past eight minutes into the period. Ondrej Psenicka pushed the lead to three for Waterloo at 9:12 on the power play when he was credited with a goal that was deflected multiple times in the crease.

Ryan St. Louis (Riversdale, Conn.) made a crucial defensive play at twelve minutes in the second stanza when he disrupted a Black Hawks skater on a breakaway with a well-timed poke check from behind.

St. Louis almost cut into Waterloo’s lead early in the third but was denied as Waterloo’s Gabriel Carriere made the pad save.

Team USA finally caught a break at 6:49 in the third when Ty Murchison (Corona, Calif.) shot the puck that deflected to the side of the net where Daniyal Dzhaniyev (Brooklyn N.Y.) put it in, cutting the deficit to 3-1. Ty Gallagher (Clarkston, Mich.) collected the secondary assist on the goal.

Waterloo regained a three-goal lead at 8:36 of the third on a backhander from Joey Strada. Griffin Ness capitalized on a breakaway at 9:52 which extended the lead to 5-1.

The U17s will take Saturday off and be back into action Sunday (March 1) at USA Hockey Arena when they host the Madison Capitols at 4 p.m. Tickets can be purchased at USAHockeyNTDP.com/Tix.