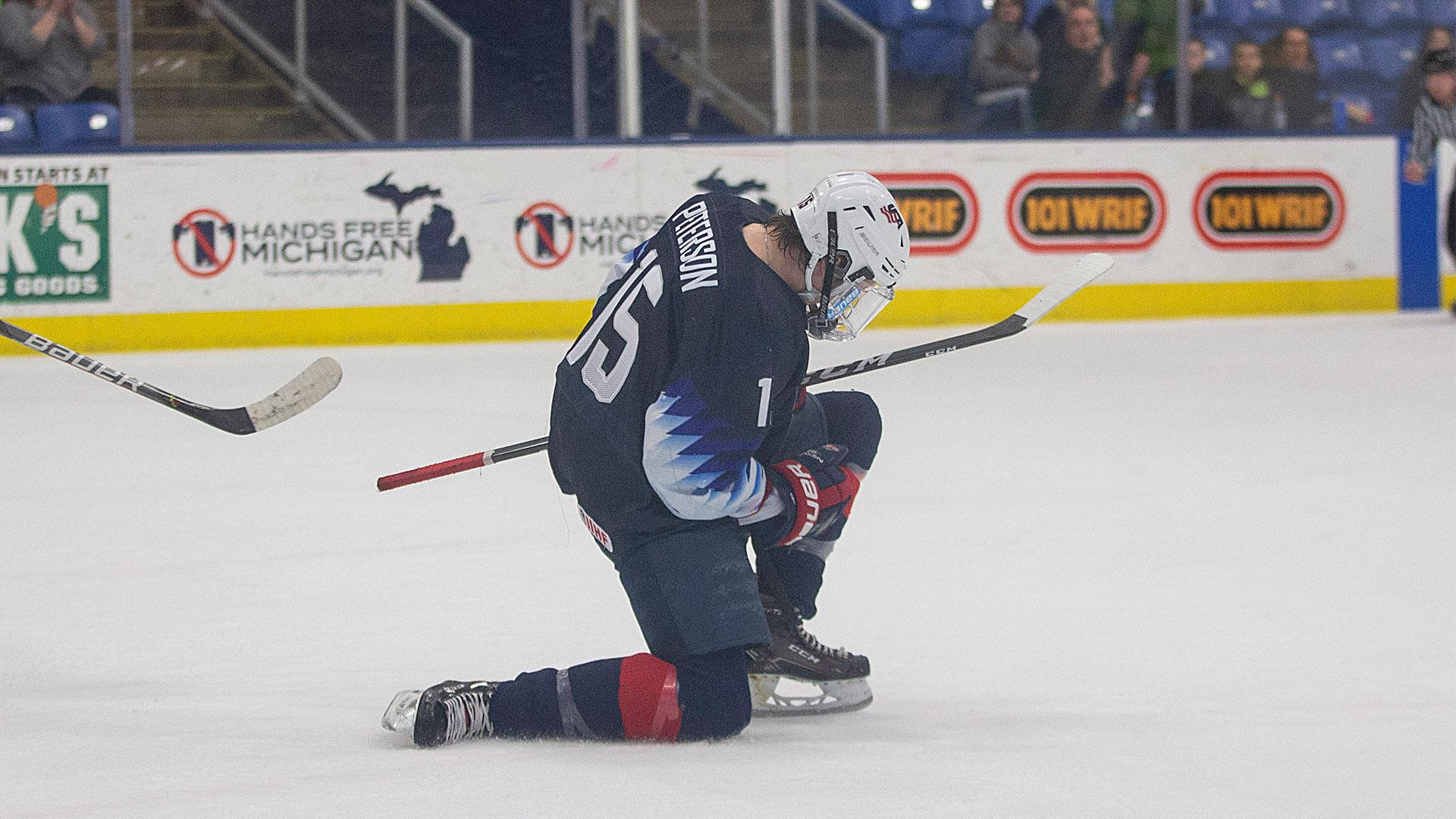 The defenseman's goal at 14:34 capped a wild turn of events for Team USA who scored while killing off a power play. Tanner Latsch's (Muskegon, Mich.) feed led Faber down the right wing, where he banked his shot off a Roughriders defender and in for the winning goal. The goal was Faber's third of the season and Chase Yoder (Fairview, Texas) earned the secondary helper on the play.

Cedar Rapids' Grant Silianoff scored 3:39 into the game to give the Roughriders an early 1-0 advantage.

Hunter Strand (Anchorage, Alaska) tied the game at one apiece for Team USA  when he redirected a shot from the left hash by Owen Gallatin (White Bear Lake, Minn.) at 11:25 of the first. Yoder picked up his first point of the night with a helper on the goal.

The clubs remained tied until the final minute of the second frame, when Dylan Peterson finished a nice tic-tac-toe passing sequence for his eight tally of the season. Ty Smilanic (Denver, Colo.) fed Matthew Beniers (Hingham, Mass.) beneath the goal-line who shifted a pass to Peterson in front of the net to give the U18s their first lead of the night, 2-1.

Cedar Rapids brought the game back to even at 10:11 of the third on a goal by T.J. Schweinhardt before Faber sealed the deal for the U18s.

Starting for the second time in as many nights, Drew Commesso (Norwell, Mass.) turned aside 32 shots to secure his 17th win of the year.